Matt Baker: ‘Not essential’ The One Show host corrects Alex Jones as she talks replacement

Countryfile presenter Matt Baker, 42, announced he was leaving The One Show last year, and tonight’s episode marked his final time on the programme. The TV star has presented the BBC programme alongside Alex Jones, 43, for the past nine years.

But the father-of-two seemingly appeared taken aback after his co-star hinted she would have liked him in the BBC studios.

Matt – who appeared on the show via video link – insisted his appearance on the programme was “not essential travel” to bid farewell amid the coronavirus pandemic.

Alex began: “Oh Matt, this is all a bit weird, isn’t it? Because we had a big celebration planned. There’ll be nibbles, drinks, there’ll be hangovers.

“But now we are not doing any of it because like everybody around the country we’re making the best out of a sub-ideal situation.” 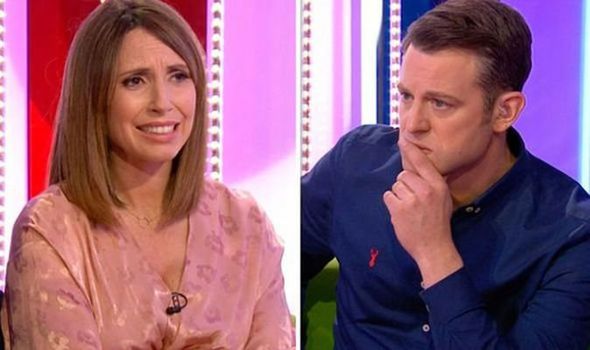 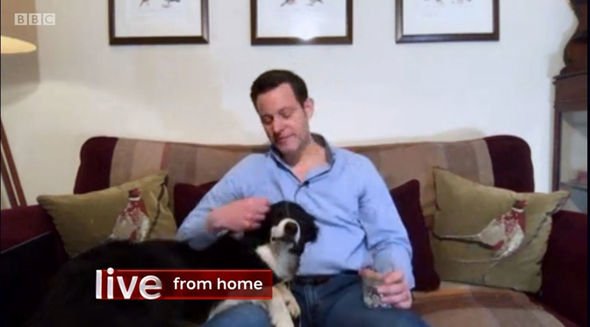 She then asked: “You said that you were leaving in December and the day is finally here. Is it weird saying goodbye from your sofa?”

The former One Show host admitted it was “odd” not being in the studio but added it wasn’t necessary for him to be there.

“Yes, of course [it’s weird]. To be honest with you, it’s not essential travel for me to come in and say goodbye when I can do it from here,” Matt remarked while perched on his sofa at home, alongside his pet pooch Bob.

“It is slightly odd, of course, but it’s lovely to be sat here with Bob. I’ve got a gin and tonic here as well, Al.” 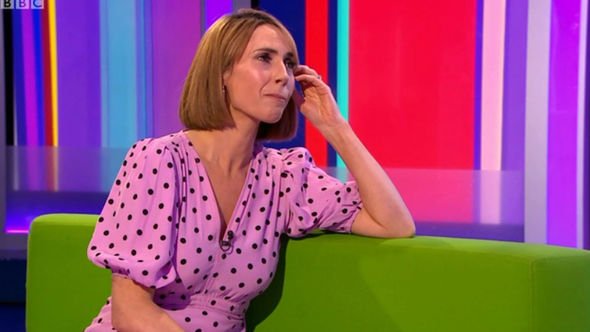 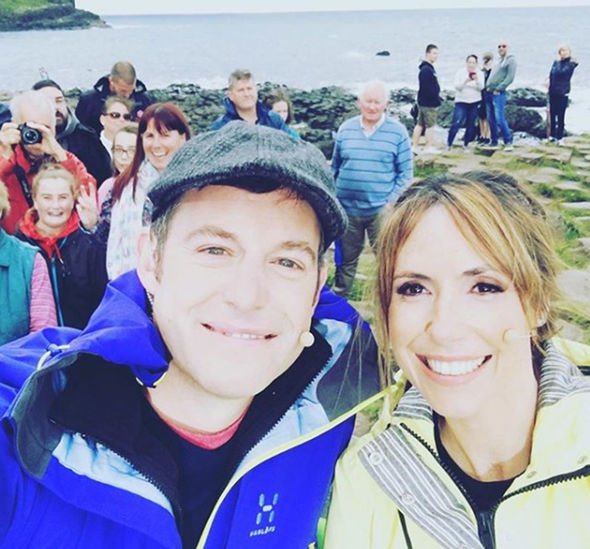 Matt was sat back enjoying a celebratory beverage from the confines of his Hertfordshire home.

He continued: “From the times we used to talk about having a sneaky drink from behind the sofa, I’m doing that tonight. So I’m going to sit back and enjoy myself for the next half an hour.”

“Good on you. Cheers,” Alex commented, before she suggested Matt had found a new co-host to replace her.

The Welsh-born presenter joked that his pet dog, Bob, had essentially become the new “Alex” since Matt has been self-isolating at home.

Meanwhile, The One Show host struggled to fight back tears as she bid an emotional farewell to Matt.

She showed him a number of videos and photos of people thanking the host for all his work over the last 10 years but was forced to tears when it came to saying goodbye.

The father-of-two said: “What a treat to see that. Loads of moments there that even I had forgotten about as well.”

“Oh, Matt we are going to miss you so much honestly,” Alex replied.

Alex broke down in tears as Matt continued, he said: “I have loved every single second of sitting alongside you.

“I really have. I have watched your life change as well you know. You got married, had two children and it’s quite amazing really that we’ve been there together for nine, nearly 10 years.

“And that’s rare in the world of television, so thank you for all of your support.”

The One Show airs weekdays on BBC One at 7pm.