Meg Mathews: Noel Gallagher’s ex speaks out on health discovery ‘I thought I had dementia’

Meg Mathews, 54, started the perimenopause, a term which refers to the time your body makes the natural transition to menopause, aged 49, but admitted she hadn’t heard of it at the time. Instead, Meg believed her symptoms could be a sign of dementia.

I couldn’t remember where I put anything, I thought I had dementia

Speaking exclusively to Express.co.uk, she said: “For me, I’m 54 now, so we’re looking back to when I was 49, so about six years ago, when I was going through it, I had no idea.

“To me, the menopause was just a hot flush and your periods stopped, I had no idea that there were 34 symptoms.”

Symptoms of the menopause can include; hot flushes, night sweats, vaginal dryness, difficulty sleeping, low mood or anxiety and problems with memory and concentration. Women start perimenopause at different ages.

Reflecting on the symptoms she experienced, the socialite added: “I had lots of mental health symptoms, lots of anxiety, lots of [being] overwhelmed with life. 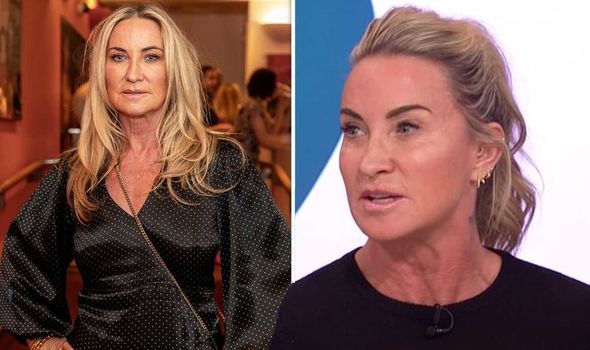 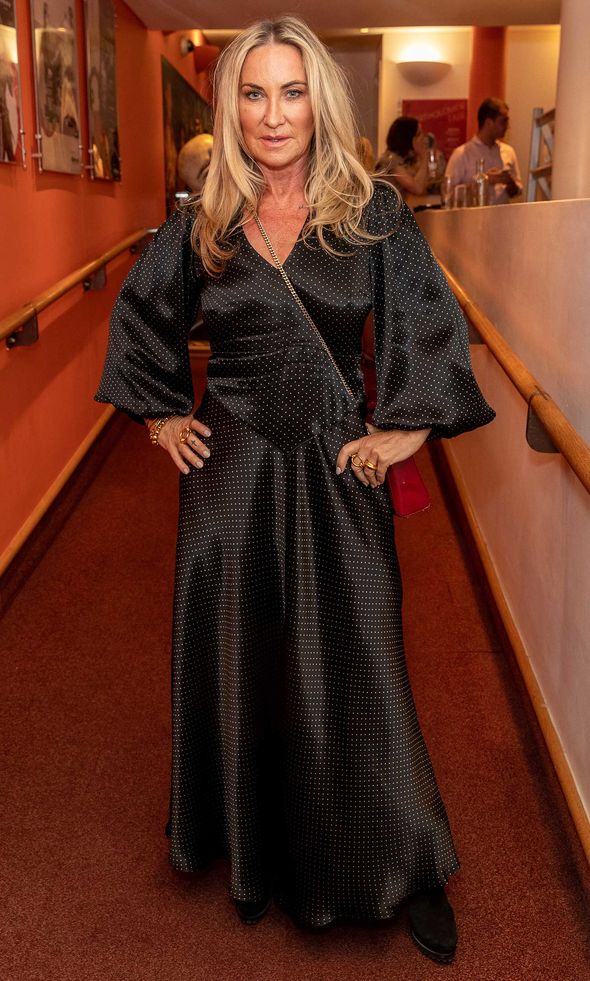 “I didn’t feel right, I didn’t sleep, I had aching joints, a foggy brain.

“I couldn’t remember where I put anything, I thought I had dementia, I had all these things going through me.

“There was nothing that really said, ‘Oh you’re going through the menopause’. I had never even heard of that word perimenopause.”

Meg said she discussed her symptoms during an Alcoholics Anonymous meeting after several trips to her GP.

The latter prescribed her with antidepressants at the time, but she soon realised these weren’t needed. 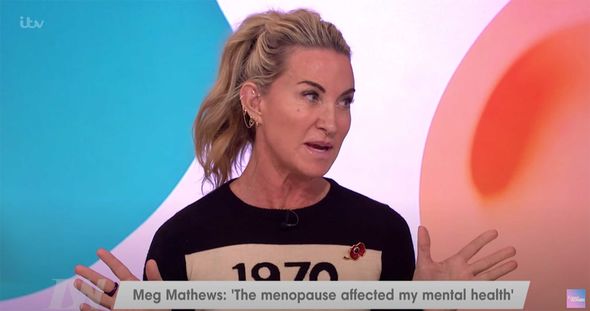 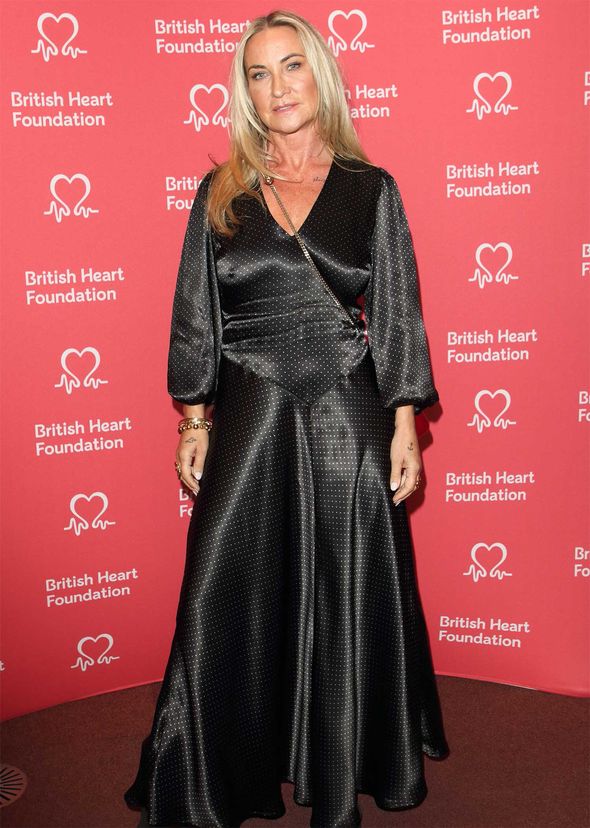 She explained: “It didn’t really make me feel better because that wasn’t what I needed.

“It’s a simple gel that you rub on your inner thigh, you can take the progesterone before you go to bed, it only costs the NHS £4 and it’s all about prevention.

Noel Gallagher’s ex-wife went on to say she was frustrated with the lack of knowledge about the stages of menopause and its symptoms. 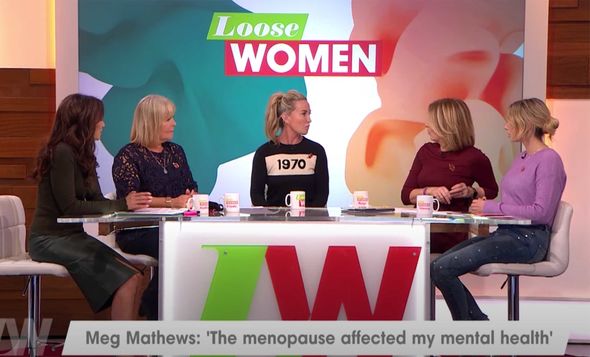 She said: “It just frustrated me that there was none of this knowledge, everything I was just learning, like why wasn’t I taught this? Why was it brushed under the carpet.”

Meg went on to research dealing with the process alongside a friend, who was also experiencing symptoms at the time.

Learning about the menopause was recently added to the school curriculum, a move that has been welcomed by campaigners.

Giving an update about her health, Meg is currently using body identical gel and tries to stick to a clean diet and exercise plan.

“[It’s] the same old things that you say to someone; drink your water, eat your greens, eat a clean diet, get an early night, don’t drink loads of alcohol and don’t eat loads of sugar,” she added.

“It’s about having to do everything; you’ve got one body for one life. What I found was the cleaner the diet, the better I felt.

“It’s just everything in moderation and getting your 10,000 steps in which is great.”

Meg discusses her experience, shares advice and details what she has learnt about the process in her new book The New Hot: Taking on the Menopause with Attitude and Style, out on Thursday.

Earlier this year, she also launched her app Meg’s Menopause, which helps women track and learn more about their symptoms.

On her future, the mother-of-one said she would be up for joining ITV chat show Loose Women to discuss topics like the menopause.

“I wouldn’t mind being on Loose Women. [I] love Andrea [McLean], love Stacey [Solomon], love all of them on there. They’re really lovely ladies.

“That’s what I like about them, they all do [speak their mind]. They speak up and talk about things other women talk about, so it’s what’s needed isn’t it.”