Home » Celebrities » Megan Rapinoe Calls For Equal Pay During W.H. Speech, 'So Much Real Work To Be Done'

Megan Rapinoe Calls For Equal Pay During W.H. Speech, 'So Much Real Work To Be Done' 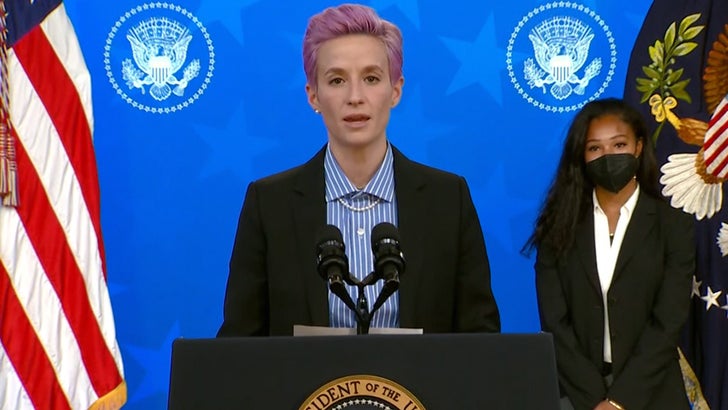 Rapinoe’s visit to D.C. comes on “Equal Pay Day” … which is meant to bring awareness to the pay gap that exists between men and women throughout the country — not just sports.

Rapinoe and fellow USWNT star Margaret Purce spoke alongside President Joe Biden and First Lady Jill Biden minutes ago … describing what it’s like to reach ultimate success in their field, but still make a fraction of what men make.

“Despite all the wins, I’m still paid less than men who do the same job that I do.”

She continued … “I know there are millions of people who are marginalized by gender in the world and experience the same thing in their jobs … and I and my teammates are here for them.”

POTUS echoed their statements … calling the players heroes for speaking out against the pay gap and fighting for equality.

“It doesn’t matter if you’re an electrician, an accountant or part of the best damn soccer team in the world — the pay gap is real,” Biden said.

“This team is living proof that you can be the very best at what you do and still have to fight for equal pay.” 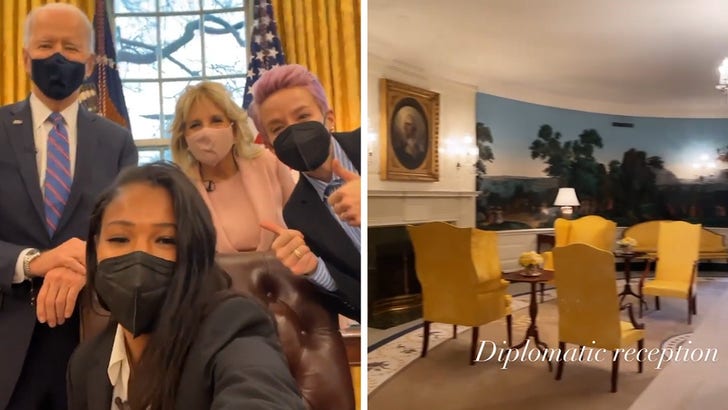 Rapinoe and Purce were also able to have some fun at the nation’s capital — they got an awesome tour of 1600 Penn. — and even snapped some vids in the Oval Office with the Bidens!!