Meghan King and Jim Edmonds finalized their divorce after their 2019 split, Us Weekly confirms.

“I feel the same as I did before it was finalized,” King exclusively told Us on Thursday, May 20, while promoting her LULUSIMONSTUDIO x Meghan King Capsule Collection. “I think it’s, like, an energetic closure, which is important, but I mean, I’ve been learning how to be independent ever since we separated, ever since the divorce was filed, and so that’s almost, I guess, a year and a half now. So it just — it feels good. It feels good to put that behind me and just look to the future. I want to spend my life with a partner. I’m a loyal, monogamous individual. I’ve been having a lot of fun dating, but I’m really hoping to settle down and find that partner.”

Edmonds, 50, filed for divorce from King, 36, in October 2019 after five years of marriage. The exes are parents of daughter Aspen, 4, and twin sons Hart and Hayes, 2. 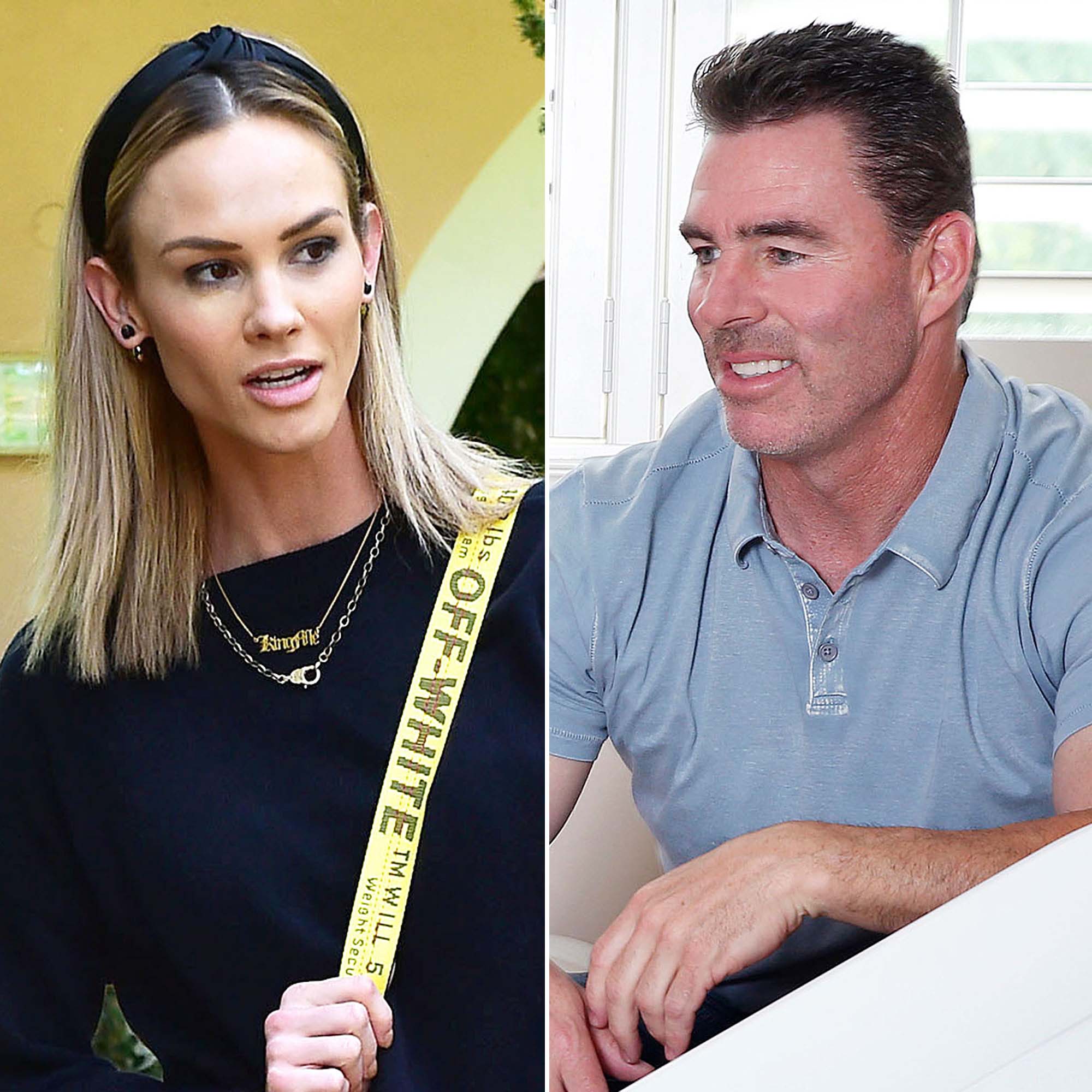 The Real Housewives of Orange County alum accused the retired baseball player of having an affair with their nanny at the time of their breakup. He and the caretaker denied her allegations, and his court battle with King soon turned messy.

Every ‘Real Housewives’ Couple Who Filed for Divorce

King claimed in April 2020 that she received “barely” enough money in child support to pay for “groceries for my tribe,” with Edmonds’ rep later telling Us he went “above and beyond what he is required to do.”

Us broke the news the following month that Edmonds and the former reality star were fighting over custody of their children amid the coronavirus pandemic. She contested the terms of their prenup later that month, but his rep told Us that the retired athlete “fully expect[ed] it to be upheld.”

The pair once again battled over custody in August 2020. “Jim is talking with his legal team about getting full custody of the children because he is getting increasingly upset that Meghan has been out of town during portions of her custodial time,” a source told Us at the time. “There have been numerous times when Jim has brought the kids to Meghan for her custodial week only to find out she is out of town and he has to leave them with Meghan’s nanny.” King fired back at his allegations in a statement to Us, saying she only left her kids “for three days” in the 10 months after the two split. 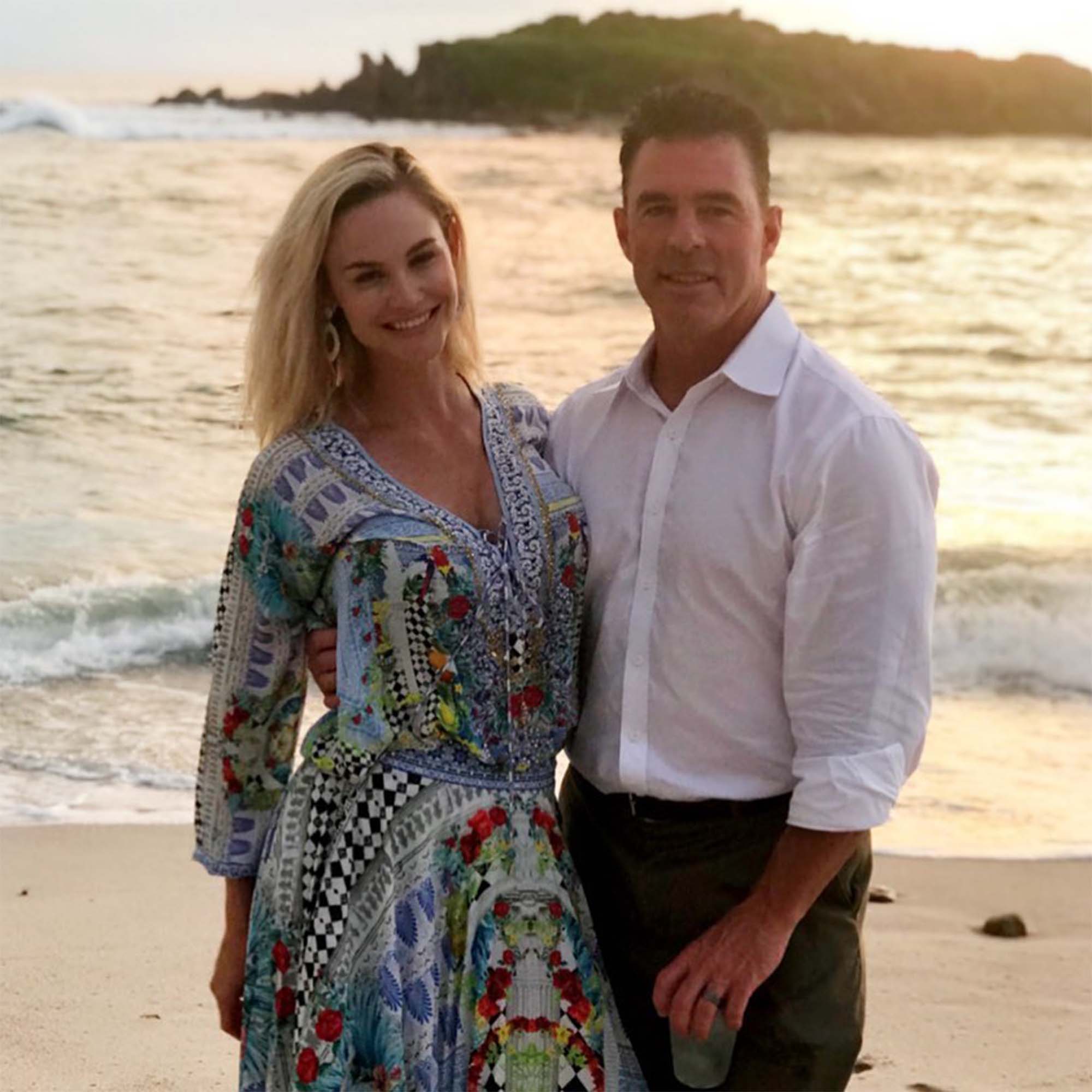 The former couple made headlines again in December 2020 when Edmonds called out the former TV personality for allegedly leaving their previous home “dirty and messy” when she moved out. King told Us she was “choosing to only look for the positive” amid her ex’s claims.

The former Bravo star opened up in January 2021 about her divorce. “Back to 2020 goals, looking back mine were pretty lofty. *Insert sarcasm and keep reading.* My main one was to get divorced but here I am married as ever,” she wrote in a blog post. “Dude, Covid courts won’t even let me get divorced.”

King told Us in April that she would feel a combination of “free mixed with being scared because I’ll be, like, totally on my own” once the divorce was finalized.

As for her love life, the blogger split from Christian Schauf in November 2020 after six months of dating. She confirmed her relationship with boyfriend Will Roos in January. Edmonds, for his part, made his romance with Kortnie O’Connor Instagram official in April 2020.