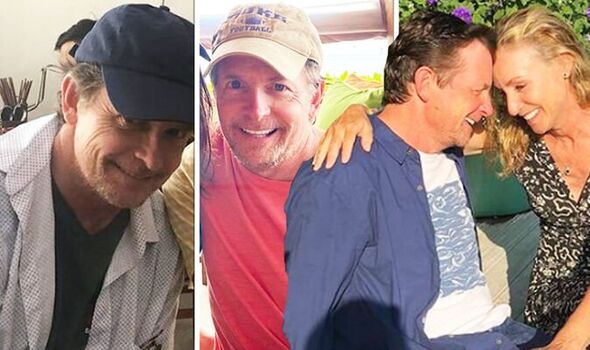 Michael J Fox’s wife penned a sweet tribute to the Back to The Future star.

Michael J Fox’s wife Tracy Pollan, 61, took to social media and penned a gushing tribute to the “best dad ever”.

She took to Instagram and shared a series of unseen family photos that also included the couple’s four children.

In the snaps, the Back to the Future star, who was diagnosed with Parkinson’s disease in 1991, unveiled his youthful appearance as the 61-year-old beamed at the camera in a number of photos.

Tracy captioned the post: “Happy Father’s Day @realmikejfox Another thing you have mastered, best dad ever!!! I love you.”

The actor was pictured with his youngest daughter of the family, Esmé Annabelle Fox.

Michael J Fox sported a casual look in a cap

The actor was pictured with one of his twin daughters Schuyler Frances Fox.

Michael was pictured alongside his son Sam Michael Fox.

The on-screen shared a candid photo with the family dog.