Former Strictly Come Dancing star Mike Bushell, 54, has admitted a romantic night he spent with his wife Emily Bushell this week turned “spooky” when they made a surprising discovery in their garden at home. Mike shared a bizarre snap of the moment in view of his 59,000 Twitter followers last night in honour of Halloween.

In one photo, the BBC Breakfast presenter was pictured putting on a cosy display with his other half as they enjoyed the view “under the stars” from their hot tub.

However, in the second snap, things turned more frightening, as some towels the couple placed outdoors for the evening looked very scary in the dark.

Mike wrote alongside the pictures: “A Halloween spooky picture.

“Earlier in the week @emilybushell80 and I on Tuesday night put towels out for a sit under the stars and on the wall this appeared. 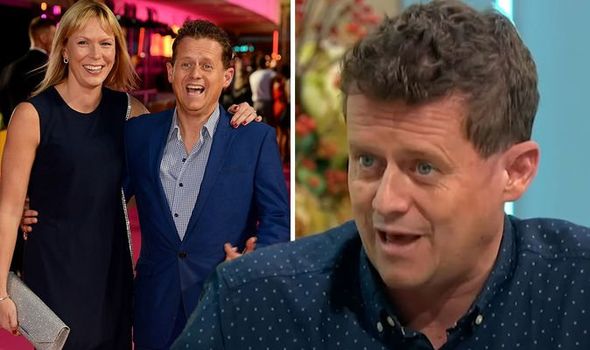 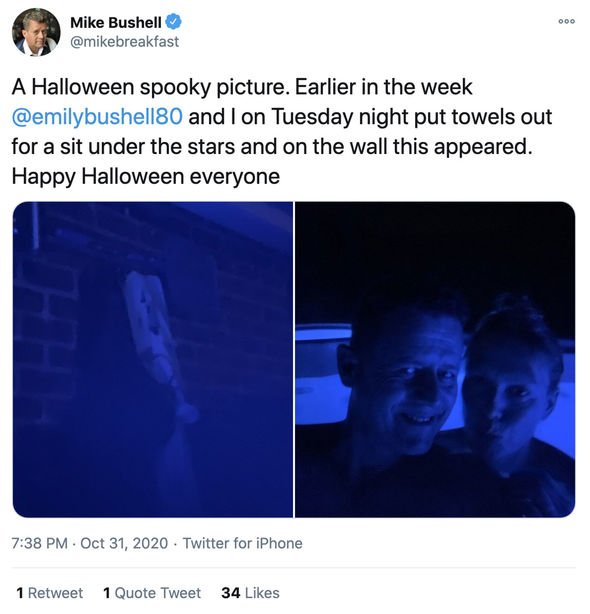 A concerned fan quickly took to the comments section of Mike’s post and asked: “What is that??”

Emily took the opportunity to clarify the eery situation, writing back: “It was genuinely a dressing gown and a towel. Bonkers!!!”

Mike’s wife also shared the snaps in view of her own 1,207 followers, adding: “Genuinely sat in the hot tub last week and looked up to a towel and dressing gown Halloween creation. 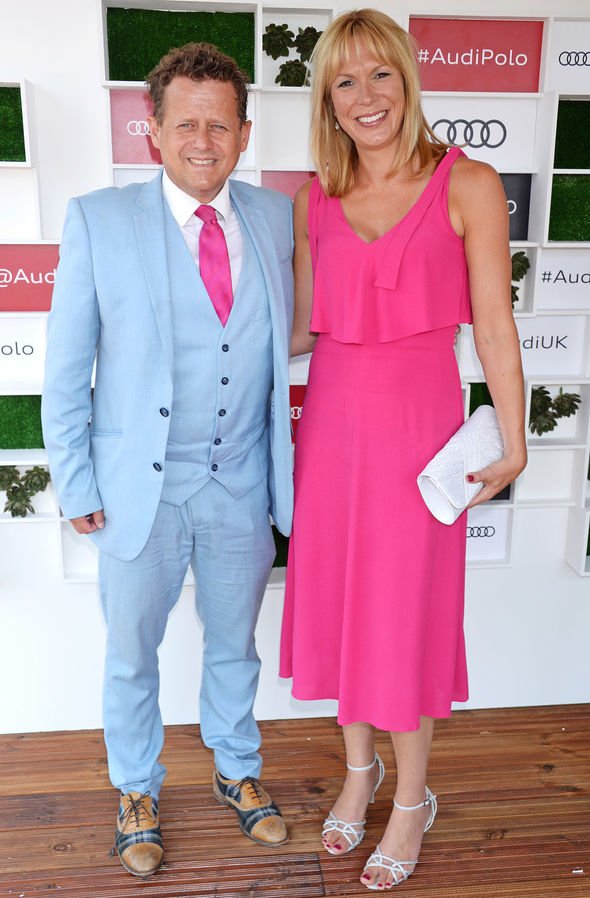 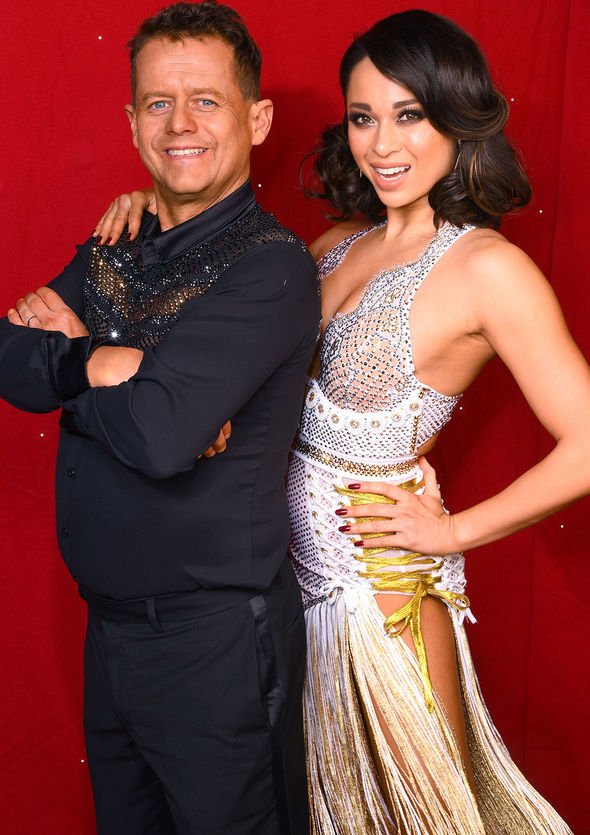 “Wish I was that creative! Spoooky.”

Elsewhere, Mike reflected on his Strictly experience and revealed the dance show “never leaves you”.

The star, who competed in the BBC programme alongside Katya Jones, shared a hilarious clip of himself dancing in the kitchen alongside his wife Emily to Little Mix on social media, as he reminisced.

Emily initially uploaded the amusing clip, and wrote alongside it: “Sunday evening roast cooking with a little dancing.

“@Mrs_katjones I’m no dancer but the shoulders. forgive my moves obviously,” she added.

Mike quickly retweeted and captioned the video: “Once you have been on @bbcstrictly it never leaves you @CraigRevHorwood @keviclifton @Mrs_katjones.

“Only a few weeks before the new series starts. A year ago I was covered in #Americansmooth bruises. Every one worth it.”

Mike lost a stone and a half on the programme and had to undergo a procedure called a Strawberry Lift,  that is designed to lift and tighten the facial jowls and is a pain-free treatment.

Mike explained: “I think it’s just with Strictly and losing weight I wanted to tidy any flabby loose skin.

“And I was intrigued by this natural process.

“I was intrigued to use the Strawberry Lift and not undergo invasive surgery on my chin line.

“And I wanted to look after my appearance as I approached 54,” he said at the time to The Daily Mail.