A lifetime of memories. Miley Cyrus announced that her maternal grandmother, Loretta “Mammie” Finley, has died.

“Even though you are gone…. NOTHING has or ever will change,” the “Midnight Sky” singer, 27, wrote via Instagram on Saturday, August 22, alongside a slideshow of old photos and videos. “You will FOREVER be my inspiration and fashion icon. Even more than that the ultimate model of being a true LIGHT in a dark world. You are sunshine. Everyday I wake and see that fiery ball in the sky I will see your face. Then say a prayer thanking heaven above for giving me the best grandmother a girl could ever be gifted.”

Cyrus wrote that she will remember Finley “for the rest of my life,” adding, “I will keep your spirit here by continuing to do good for others and treating them the way we all desire to be treated. With an infinite amount of the same gentle kindness you displayed daily. We will ache everyday you are not with us.” 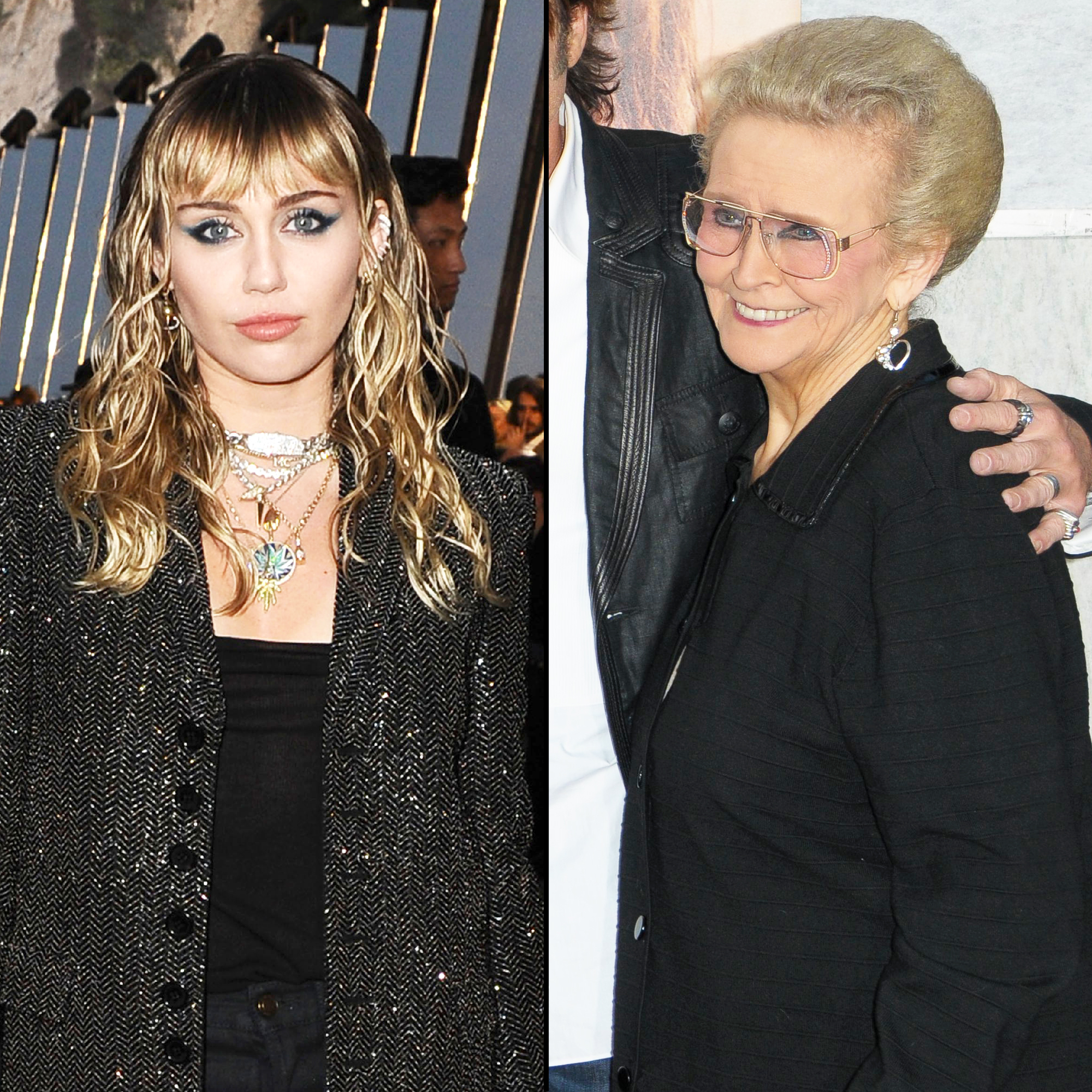 Most Shocking Celebrity Deaths of All Time

Miley had a close relationship with Finley and got a portrait of her grandma tattooed on her right forearm in November 2013. “Because I am her favorite & she is mine,” she tweeted at the time.

The Grammy nominee also memorably brought Finley to a live taping of The Voice in November 2016, the first of two seasons that she coached. Her godmother, Dolly Parton, also joined them to perform “Jolene” with Miley and the a cappella group Pentatonix.

“MAMMIE is captain of the Team Miley cheer squad!” the Last Song star wrote via Instagram at the time.

Miley Cyrus Through the Years

The news of Finley’s death comes just one week after Us Weekly confirmed that Miley and her boyfriend of 10 months, Cody Simpson, had called it quits. A source revealed that the former couple “realized they’re better off as friends than dating each other.”

The actress was previously married to Liam Hemsworth from December 2018 to January.