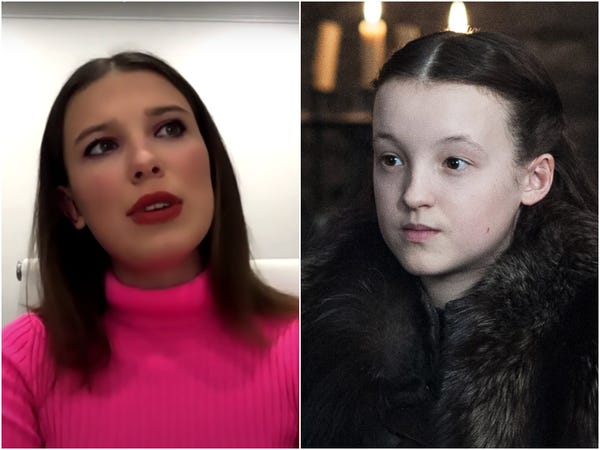 Millie Bobby Brown said that she came close to quitting acting altogether after a string of "rejection" culminated with another no from "Game of Thrones."

"This industry is just full of rejection 24/7. You get noes, a lot of noes, before you get a yes," Brown told Jimmy Fallon on "The Tonight Show" on October 2.

"I was auditioning for commercials, anything really. I then auditioned for 'Game of Thrones' and I got a no for that. That's kind of when I was like, 'Oh, this is really difficult,' and I guess I really wanted that role."

Brown previously revealed that the character she auditioned for was Lyanna Mormont. Lyanna featured in the last three seasons of the HBO show, from season six onwards, and was played by Bella Ramsey.

However, Brown told Fallon that it was a certain Netflix show that stopped her from calling it quits.

"One of my last, kind of, goes at this was this Netflix show called 'Montauk.' I auditioned and then, like, two months later they got back to us and said, 'We'd love to Skype with you' and then I Skyped with them and the rest is history."

"Montauk" was the original name for none other than Netflix's "Stranger Things," in which Brown plays Eleven.

"Stranger Things" is arguably Netflix's biggest triumph to date, with a whopping 31 Emmy nominations across its three seasons to date (a fourth is on its way). Brown herself has been nominated for two Emmys for the show — both for best supporting actress in a drama series.

Brown told Fallon that "Stranger Things" "was definitely the one that kind of gave me that hope of doing it all again."

Watch Brown on "The Tonight Show Starring Jimmy Fallon" below: