After her co-star admitted to still be caught off guard by the hate messages she received, the ‘iCarly’ star condemns such treatment by resharing official statements from her show and Paramount Plus.

AceShowbiz –Miranda Cosgrove makes it clear that she is not a fan of racism. After her co-star Laci Mosley came forward about receiving hateful messages online, the “iCarly” star shared her stance over the issue and urged racist trolls to think about their words.

On Sunday, May 16, the 28-year-old reposted an official statement from the “iCarly” team and Paramount Plus. “iCarly are proud to be racially diverse, not only in our crew but our cast,” it read. “We have recently seen reports of racism towards a member of our ‘iCarly’ cast, and it is not acceptable. Please think about your words, and take time to understand how what you say can impact other people. Thank you.” 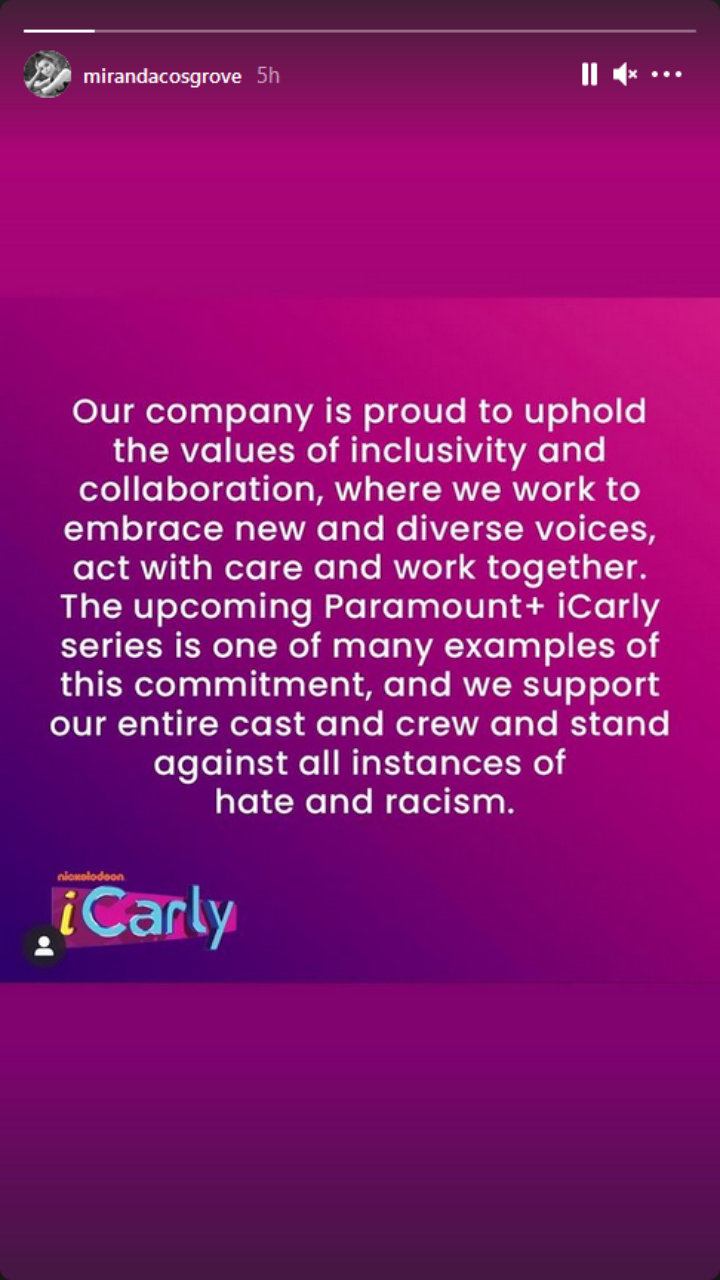 Miranda Cosgrove reshared an official statement from ‘iCarly’ team and Paramount Plus.

The day after, Miranda once again took to her Instagram Story to reshare another statement on behalf of her show. “Our company is proud to uphold the values of inclusivity and collaboration, where we work to embrace new and diverse voices, act with care and work together,” the statement read. 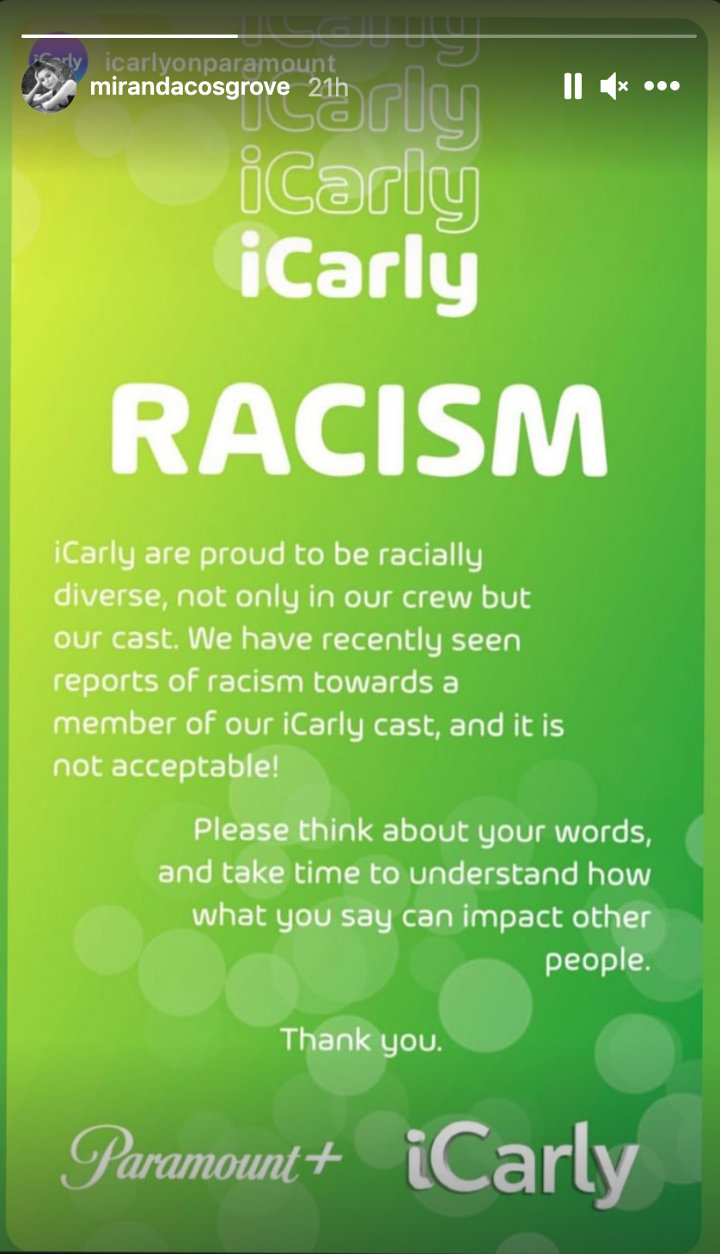 Miranda Cosgrove shared another statement in her Story.

It continued to read, “The upcoming Paramount+ ‘iCarly’ series is one of many examples of this commitment, and we support our entire cast and crew and stand against all instances of hate and racism.”

Laci, the actress who will play Carly’s best friend named Harper in the revival, took to Instagram on Monday to address her cyberbullying. “I love being Black. I hate how Black people are treated on this planet,” she declared. “I took this role on iCarly because the room is diverse…our show runner @ali_schouten is so incredibly kind and caring and the cast is talented and some of the best people I’ve ever met.”

“I was shocked when a celebration of all the hard work we’ve put into making this reboot was overshadowed by the most racism I’ve ever experienced in my life over the course of 72 hours,” she continued. “I felt silly being so upset because I’ve been in this little brown body my entire life and racism isn’t new but it still hurts.”

To those who believe that her character is made to replace Jeanette McCurdy‘s part Sam Puckett, Laci stressed, “I’m not ‘replacing Sam.’ ” She added, “I’ve never met her but I know she’s extremely talented and I hope she does not condone some of y’all’s behavior.”

Laci went on to point out that “racism kills.” She further elaborated, “I can’t beg you to love me or yourselves enough to be kind to people but I can block you and protect my peace… Black is beautiful and no amount of slurs or vitriol you dump online will change that [love].”

One day prior, Laci shared a series of tweets in which she talked about being a subject of hateful messages. “My sister telling me that she saw several videos about me on TikTok being racist as f**k broke my heart,” she wrote. “Me and my sister are 13 years apart she’s like my child and her having to see this s**t broke me. I don’t know what’s wrong with you people but you need to seek help.” 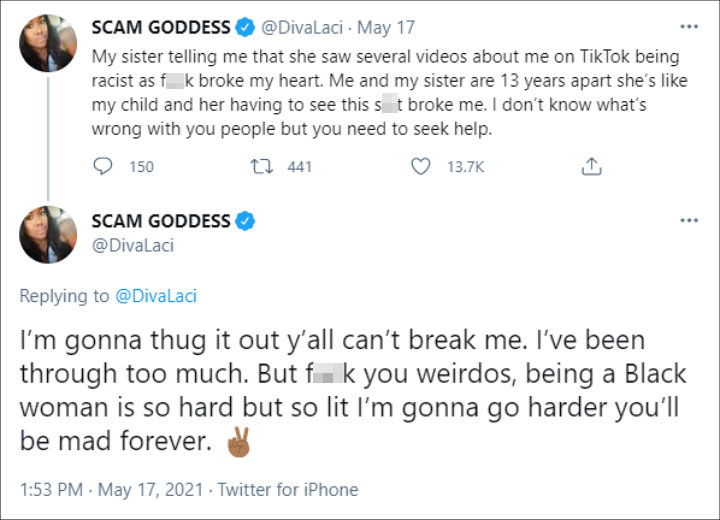 Laci Mosley opened up about being a subject of hateful messages.

In the following post, Laci added, “I’m gonna thug it out y’all can’t break me. I’ve been through too much. But f**k you weirdos.” She then ended her tweet by stating, “Being a Black woman is so hard but so lit I’m gonna go harder you’ll be mad forever.”