After Cardi B forgave Offset for cheating on her and tried to move on, it seems infidelity plagued their relationship and ultimately led to her filing for divorce. On Monday, Cardi filed for divorce from the Migos rapper in Fulton County, Georgia. According to the online court records, their relationship was “irretrievably broken” and “there are no prospects for a reconciliation.” And like clockwork, sources are now revealing a ton of information about their split to news outlets.

According to an E! source, Cardi tried to forgive and trust Offset after he cheated on her in 2017, but is unable to move past the recent rumors of him being unfaithful. They added, “He has been pleading with her that he hasn’t, but many girls have come forward with claims. She had enough and decided to file.”

As a People insider stated, “Offset has pretty much cheated the entire time [they’ve been together],” which is so awful. They went on to say, “But Cardi looked the other way because of the baby. She also didn’t want to be embarrassed. But she’s had enough.” 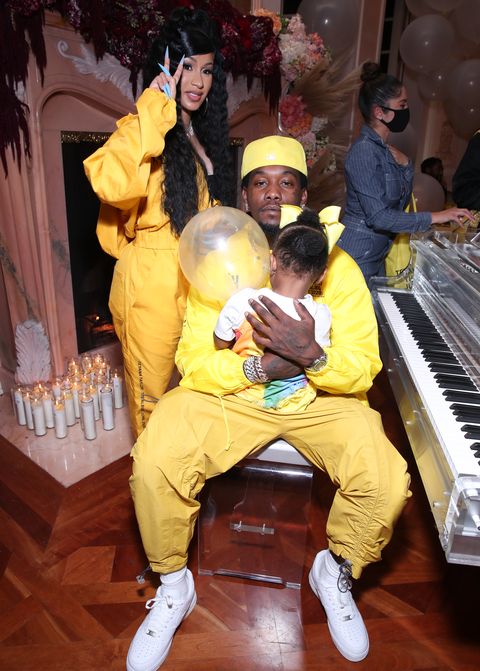 Ultimately, Cardi “wants to be a good example for her daughter and women out there,” so that definitely impacted her decision to dump Offset for good.

Though initial reports concerning her court documents stated that Cardi wanted primary custody of Culture and wanted to receive child support from Offset, that doesn’t seem to be the full picture. TMZ updated their story and added:

Hopefully this all stays amicable and Cardi and Offset are able to coparent Kulture without any major issues.