As every celebrity and their dog shares their hot take on the slap that shocked the world, that being Will Smith hitting Chris Rock at the Oscars this week, OJ Simpson is now rocking up to the microphone.

Weighing in on the moment, which saw Will storm the stage on Sunday night and deliver a smack to comedian Chris’s face in response to a joke about Jada Pinkett-Smith, OJ has said the actor was ‘wrong’ to react in such a way over the ‘semi-unfunny’ joke.

Chris, 57, was presenting on stage when he took aim at Jada’s shaved head, saying he couldn’t wait for ‘GI Jane 2’.

After Jada, 50 – who has been open about her struggles with alopecia – rolled her eyes at the remark, Will, 53, was seen storming the stage before hitting the former SNL star and shouting: ‘Keep my wife’s name out of your f***ing mouth.’

The controversial moment was not missed by OJ who said he ‘understood the feeling’ of being made fun of by comedians, and that he had occasionally wanted to ‘B-slap a couple of those guys’.

Giving his opinion on the incident in a video posted online, he said: ‘It was unfortunate, I think Will was wrong.

‘I understood the feeling, in my life I’ve been through a lot of crap.

‘When I was raising two young kids, every comedian in the country had an OJ routine, and don’t think I wouldn’t want to B-slap a couple of those guys.’

Writing in the caption‘he was wrong but I understand the sentiment,’ OJ continued in the clip: ‘But you’ve got to accept that that’s human, I didn’t even think that was all that egregious… it was a semi-unfunny joke.’

The former NFL player – who was acquitted of the murder of his former wife Nicole Brown Simpson and her friend Ron Goldman in 1995 – added that if he had done a similar thing in front of ‘a billion people watching around the world’ he would have been given life in prison. 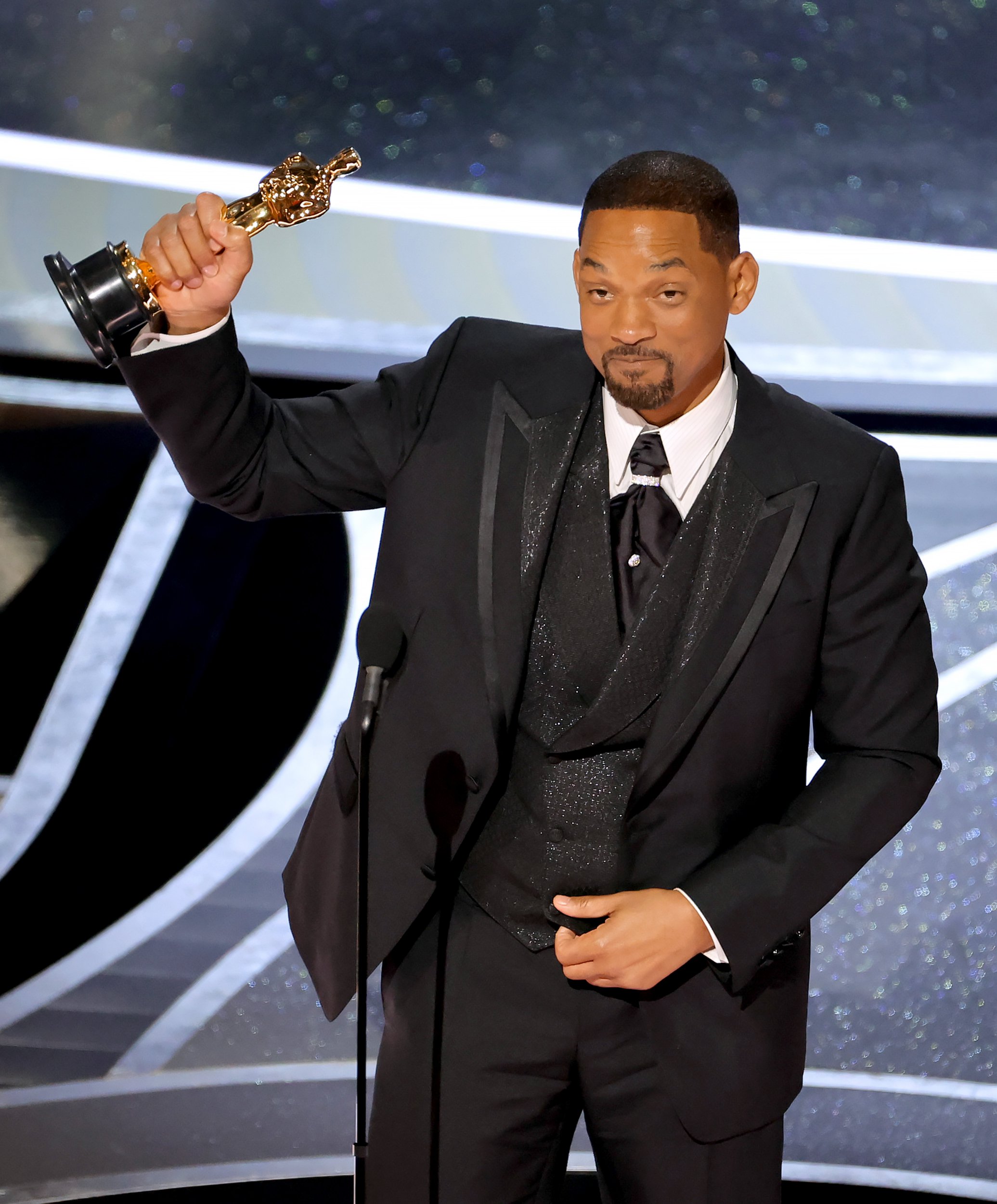 OJ was jailed in 2007 following an armed robbery in Las Vegas and served a lengthy sentence before being released in 2017.

Will issued an emotional apology to Chris – who declined to press charges – in which he called violence of any kind ‘poisonous’ while calling his actions ‘inexcusable’.

He wrote: ‘Violence in all of its forms is poisonous and destructive. My behaviour at last night’s Academy Awards was unacceptable and inexcusable.

‘Jokes at my expense are a part of the job, but a joke about Jada’s medical condition was too much for me to bear and I reacted emotionally.

‘I would like to publicly apologise to you, Chris. I was out of line and I was wrong. I am embarrassed and my actions were not indicative of the man I want to be.’

He added: ‘There is no place for violence in a world of love and kindness.’