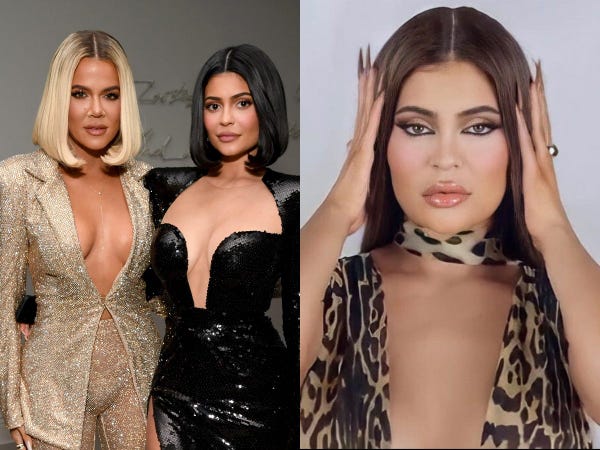 People are calling out Kylie Jenner for trying to look more like her sister Khloe Kardashian in a series of new photos.

To celebrate the launch of her leopard-themed makeup collection on Kylie Cosmetics, Jenner posed in leopard-print clothing — but fans noticed that in one of the photos, she didn't look like herself.

Numerous users then pointed out that Jenner looked a lot like Kardashian — and not necessarily in a good way.

Many fans alluded to the previous backlash that Kardashian has faced due to her ever-changing appearance.

Kardashian has been at the center of numerous controversies this year in relation to her changing look in photos.

In September, fans called out Kardashian for her radical new appearance in promotional photos.

Some users said the photos had been edited to make Kardashian look like Beyoncé, while others made references to Jaqen H'ghar, one of the Faceless Men of Braavos on "Game of Thrones." Users joked that Kardashian, like H'ghar, has the ability to change her face at any time.

And in May, fans accused her of "looking like a different person every year" after she posted a picture in which her face shape looked radically different from previous photos.