Pete Davidson's marriage, baby plans might not line up with Kim Kardashian's, plus more news

Over the past nine months, Kim Kardashian and Pete Davidson have continued to get more serious as a couple. But with Kim pursuing a law degree while co-parenting four young kids with ex, Kanye West, do her future plans align with Pete’s? Maybe not. Pete recently sat down with Kevin Hart for the comic’s Peacock series, “Hart To Heart,” and when he was asked about marriage and kids, the 28-year-old “Saturday Night Live” alum said he hopes both are in his future. “It’s my dream” to be a father, Pete tells Kevin in the Thursday, July 14 edition of the conversation series (via E! News). Pete, whose father was working as a firefighter in New York City when he died on the job in the aftermath of the attacks on Sept. 11, 2001, went on to say he connects his family plans to his father’s death. “Since my dad died, I was like, ‘Oh, I can’t wait to have a kids,'” Pete said, explaining that his “reasoning” was, “I don’t want a kid to ever feel like how I feel right now.” Pete said that he doesn’t “fault” his dad, he simply wants “to be there so that someone doesn’t have to feel like that,” adding, “I’m very excited to do that for someone and watch them have what I didn’t.” He also confirmed he “100 percent” wants marriage to be a part of starting a family, telling Kevin, “that’s the way I hope it goes.” Kim, 41, is already a mom and although a judge declared her legally single, she’s still navigating a difficult split from Kanye after filing for divorce from the rapper in February 2021. “I think I’m definitely going to be really cautious because I have proven maybe I’m not the best at it,” she said of potentially remarrying during a June appearance on “Today.” “I don’t want to make that mistake again.” This week, a source told Entertainment Tonight that Kim and Pete are “still having fun together and not totally at the point of having children together.” The insider also noted Kim “feels like she’s in the best place of her life” right now.

Hey, girl — Ryan Gosling’s no stranger to breaking the internet, a fact he reminded People of this week during a chat at the premiere of Netflix’s “The Gray Man” on Wednesday, July 13. Asked how he felt about the viral response to photos from the “Barbie” set that showed him dressed and coiffed like a live-action Ken doll opposite Margot Robbie’s ’90s-era Barbie, Ryan joked, “Well, the internet has been trying to break me for years. It gave me no other choice.” The internet’s previous Ryan-breaking attempts were tied to the explosion of “Hey, girl,” memes, in which pseudo-sexy romantic suggestions became captions on photos of the easy-on-the-eyes star’s smiling face. The trend heated up around 2009, courtesy of the fan site, “F—, Yeah, Ryan Gosling!.” As for his latest viral moment, Ryan told the outlet: “We’ve been having so much fun making this movie and it felt nice to see everyone else start having as much fun as we are. I can’t wait for the film to come out and for that to continue.” “Barbie” hits theaters next summer.

Will Smith has kept an understandably low profile since the 2022 Oscars, when a joke Chris Rock made about Jada Pinkett Smith inspired Will to storm onstage and slap the comic as he was presenting an award. According to Kevin Hart, who remains friends with both Will and Chris, “The Fresh Prince” star is “in a better place” now than he was this spring, when he resigned from the Academy before being banned from attending Academy events, including the Oscars, for the next 10 years. “Will is apologetic, you know, he’s in a better place, of course, than what he was after,” Kevin told Entertainment Tonight this week. “People are humans and as humans sometimes we make mistakes. So it’s not about talking about the past. It’s about acknowledging the present and doing your best to move forward.” As for Will’s future relationship with Chris – the two were friendly for years before the slap – Kevin says he’d like to see the two deal with what happened and forge ahead. “I can get only hope that the two of them find a way to find some solace in that and move past it,” he told ET. “I just like good energy. I like to see people be the best. I still love him. I still love Chris. And I can’t judge a person by one thing. Ultimately, life goes on and people grow, so give him the opportunity to do so.” Kevin’s positive comments come after Martin Lawrence vowed the slap incident wouldn’t interfere with the fourth “Bad Boys” movie that’s said to be in the works. “We got one more at least,” Martin said in Ebony magazine’s July 2022 cover story. Jada vaguely addressed the controversy earlier this year in an alopecia-themed edition of “Red Table Talk,” saying her family was engaged in “deep healing.”

RELATED: The best and worst fashion at the 2022 Oscars

Noah Schnapp says he and Doja Cat are on good terms after the singer called him out for sharing her private direct messages about his “Stranger Things” costar Joseph Quinn. Using Doja’s “Kiss me More” as a soundtrack, Noah,17, posted a video on TikTok on Wednesday July 13, in which he told fans, “Guys everything is all good I apologized and I still follow her and love her music no hard feelings,” per People. He added  two red heart emojis to the post. The back and forth started last week after Doja slid into Noah’s Instagram DMs to ask for help getting set up with Joseph. She made her intentions pretty clear by asking if Joseph had a girlfriend. Noah replied by suggesting the singer take the DM route to contacting Joseph, to which she replied that she couldn’t find him on either platform. Noah then directed her to his castmate’s profile – before posting the whole exchange on TikTok. Irked, she hopped on TikTok and shared a video of her own in which she slammed the teen, insinuating that his young age was no excuse for what she considered to be a privacy violation.

Kevin Spacey has pleaded not guilty to multiple counts of sexual assault in the U.K., but the actor’s latest round of sexual misconduct allegations already appear to be affecting his career. Following his not guilty plea on Thursday, July 14, Variety reported the “House of Cards” alum is no longer slated to star as a “holy man” who opposes Genghis Khan’s army in “1242: Gateway to the West.” Producer Bill Cunningham reportedly confirmed the casting change. Kevin’s trial is currently scheduled to begin June 6, 2023. 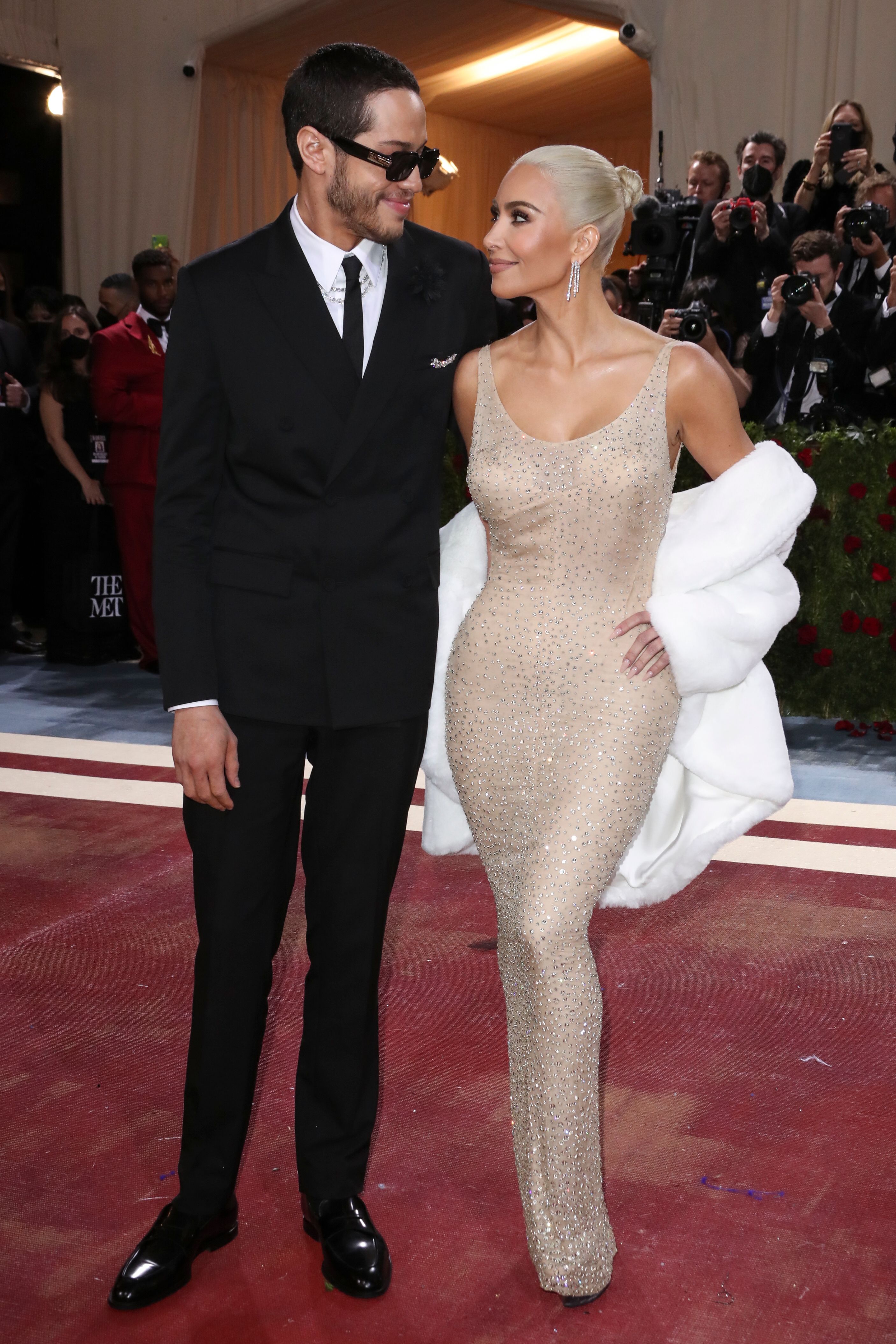 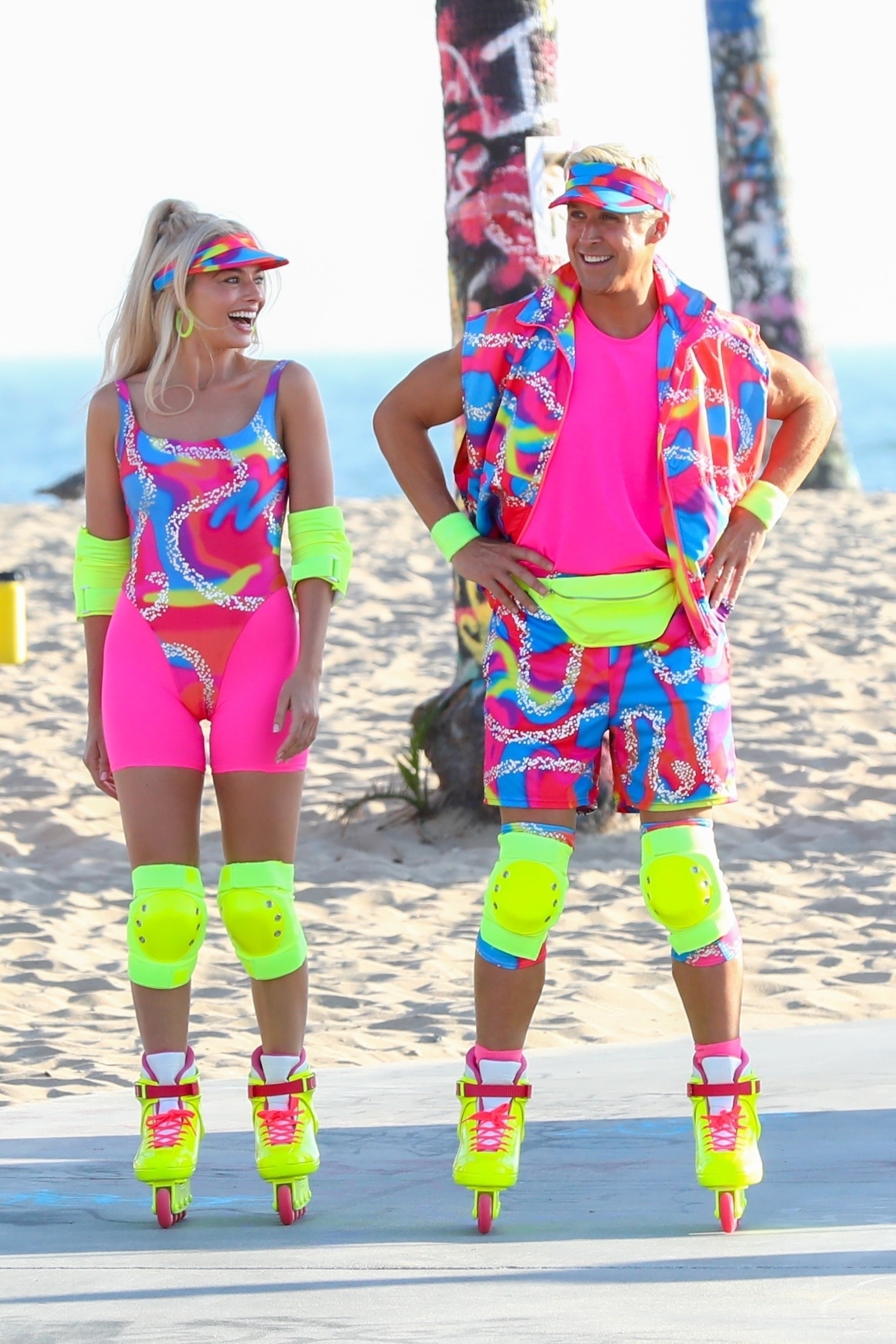 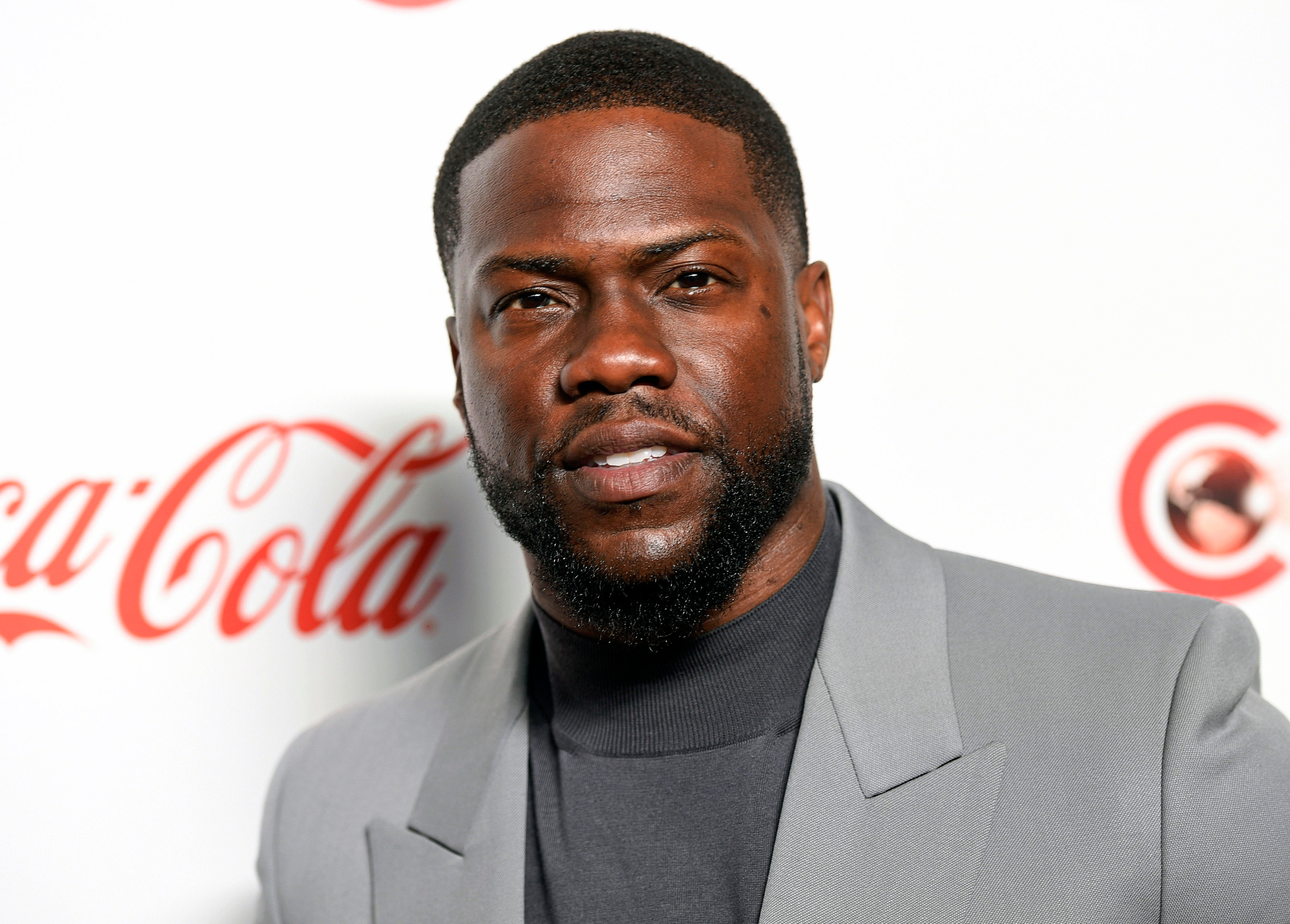 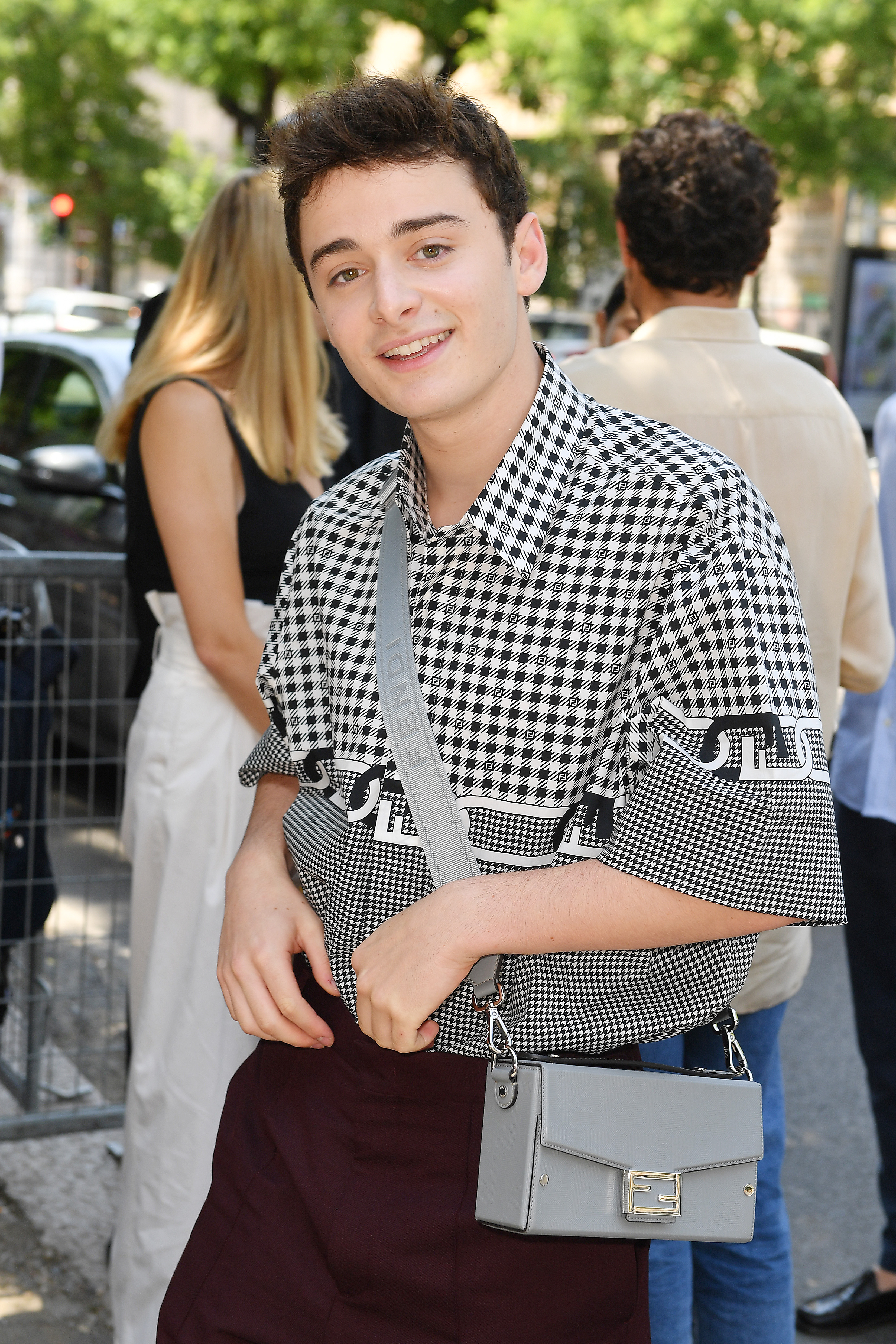 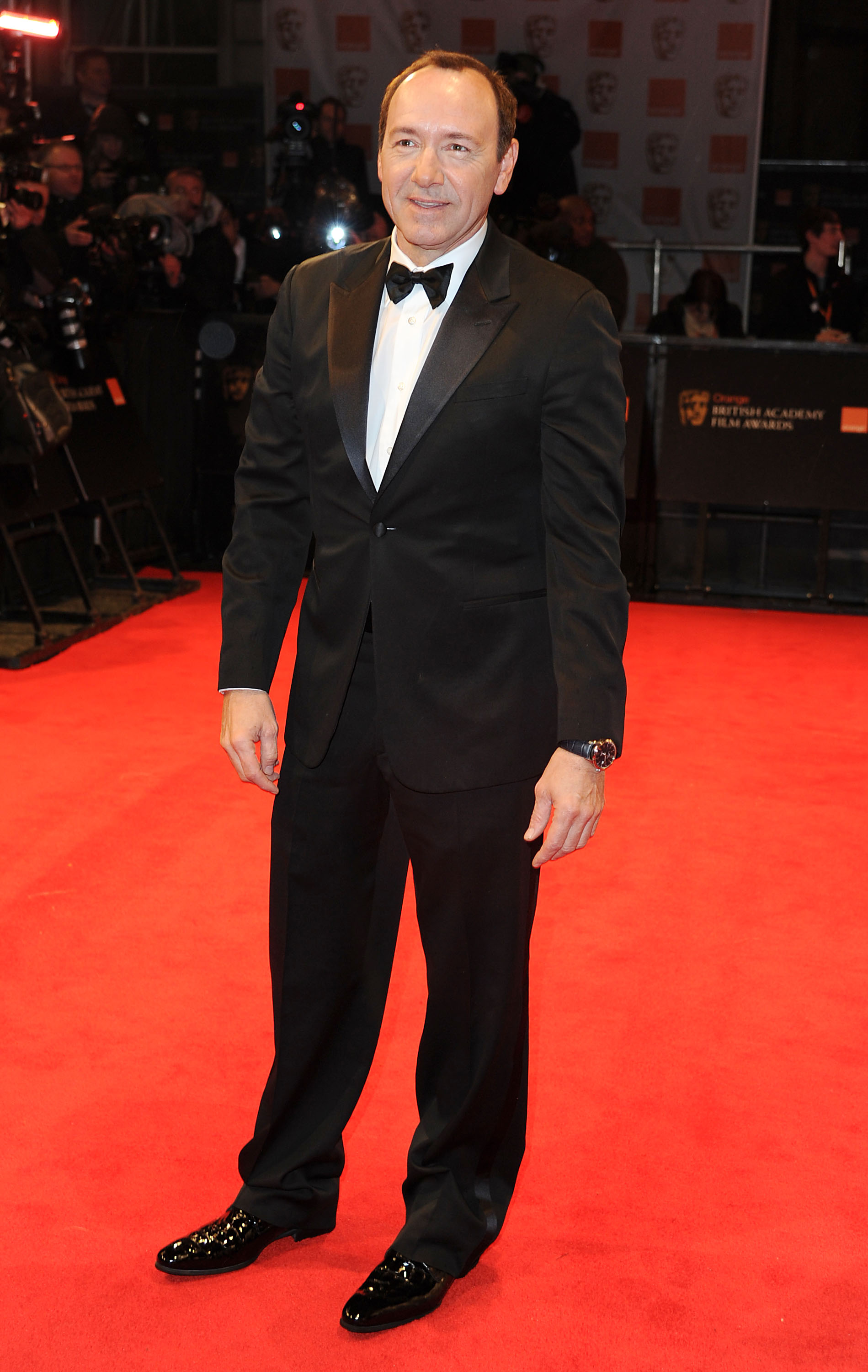