Peter Weber’s Dad Already Has a Nickname for Kelley Flanagan

Part of the family? Peter Weber’s dad, Peter Sr., revealed his nickname for Kelley Flanagan after she sent him birthday love.

The 28-year-old pilot put together a video of his family members — and Flanagan — wishing Peter Sr. happy birthday on Tuesday, April 21. After the 28-year-old attorney commented on Instagram video, Peter’s dad replied.

“Thanks so much for the wishes Chop Chip,” Peter Sr. wrote. “Miss you guys ♥️.”

Peter and Flanagan have been quarantined together at her Chicago apartment with Bachelorette season 15 alum Dustin Kendrick for weeks. While the ABC lead sent Flanagan packing during season 24 of The Bachelor, they reconnected in March. 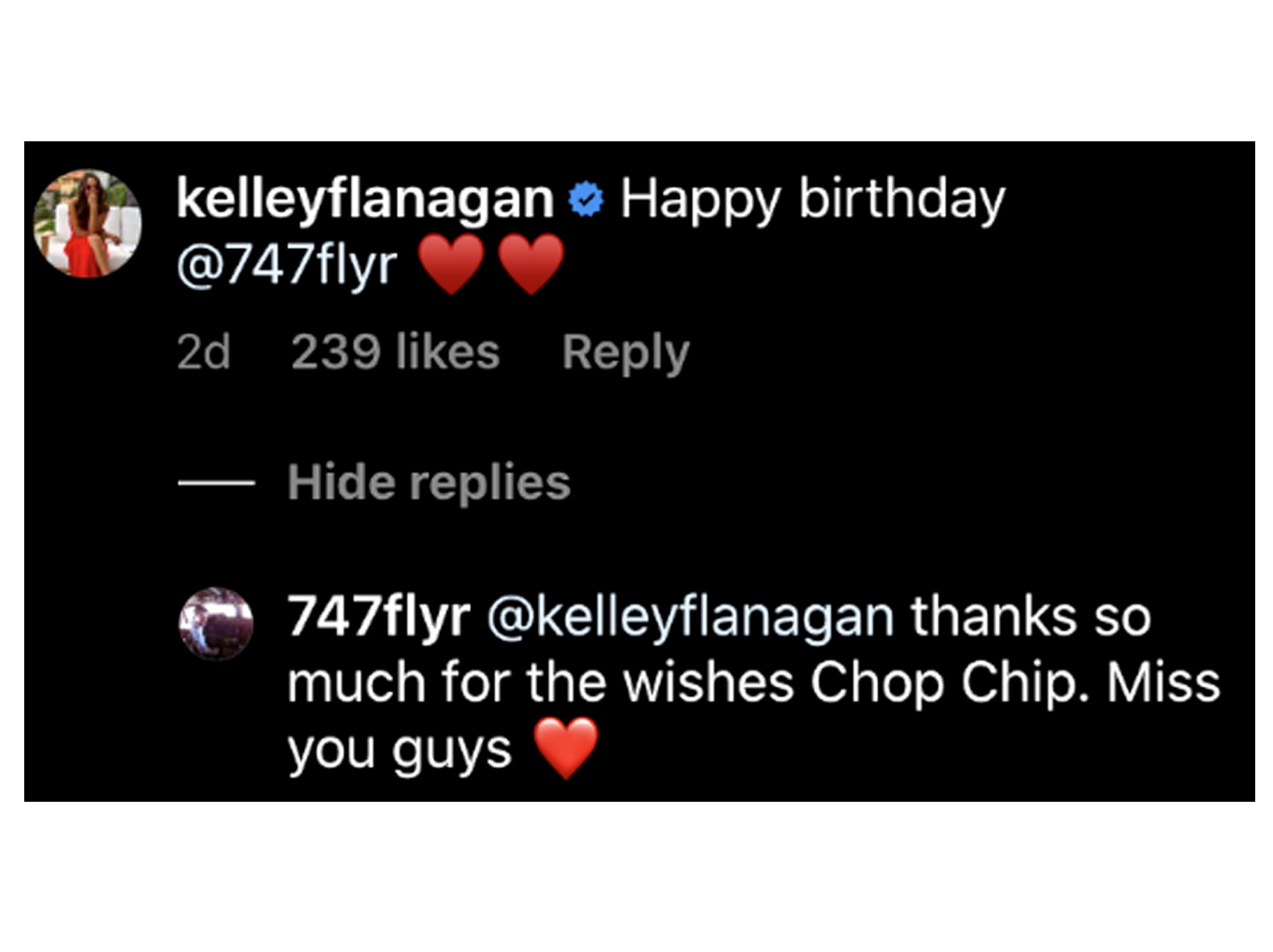 “Are we dating? No. Do I love spending time with her? Absolutely,” Peter said on Nick Viall’s “Viall Files” podcast on April 7 about Flanagan. “Could I see that in the future? Yeah, of course. I’d be extremely lucky and very happy if that happened. Of anyone, I’m the last person that needs to rush into any kind of relationship. I just had an engagement that didn’t work out. I just was trying to pursue things with another woman that didn’t work out. That’s why right now, I’m just taking it really, really slow.”

Peter’s reunion with Flanagan came after his short-lived engagement to Bachelor winner Hannah Ann Sluss and his brief reconciliation with runner-up Madison Prewett.

Earlier this week, Madison revealed that she was “hurt” when she first saw the photos of Peter and Flanagan together in Chicago.

“[Kelley and I] were best friends, actually. We were inseparable throughout the entire process,” Madison said on Kaitlyn Bristowe’s “Off the Vine” podcast on April 21, before alleging that Peter was still texting her when he went to Chicago. “Two days ago you were telling me how much you loved me and wanted to get back together and now you’re with the one person that was my best friend. It just feels a little hurtful.”

Peter, for his part, fired back after Madison’s interview via Instagram, writing, “You’d think you’d have a little more respect for this situation given we both know there’s more to the story…”