Home » Celebrities » Pharrell Williams: We must trust in a Black vision of the future

Pharrell Williams: We must trust in a Black vision of the future 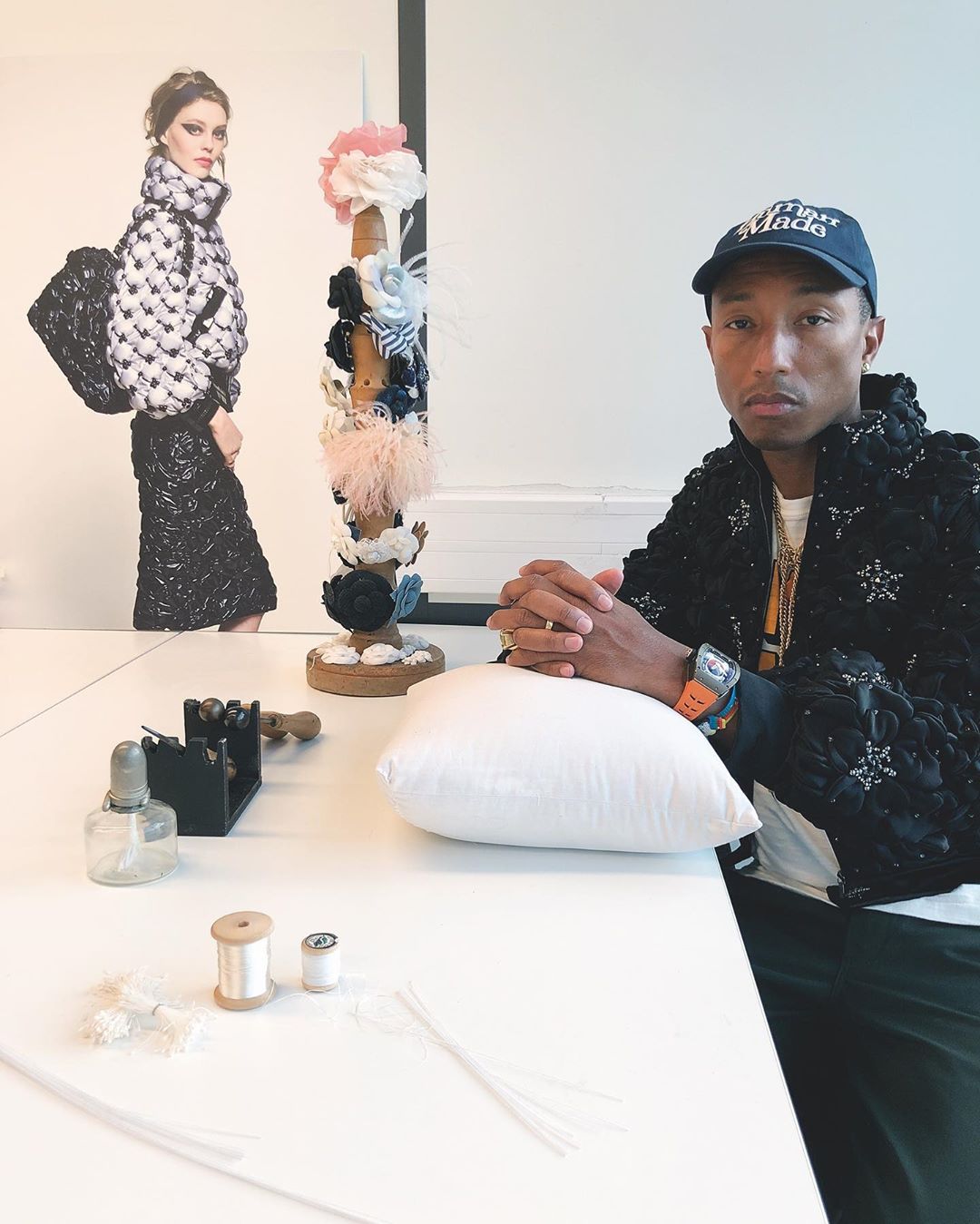 Pharrell Williams and Jay-Z dropped a new single last week called “Entrepreneur.” Pharrell also wrote and curated essays for Time that address what many are calling “the American reckoning.” Pharrell believes that the anger and disenchantment with the supposed American Dream is not due to recent events but has been simmering since the very first enslaved Africans stepped foot on American soil off a British privateer ship in 1619.

Pharrell doesn’t just share his thoughts on the subject he enlists some heavy hitters from the black community. Together they propose an alternative to America’s future for black people. Here are some excerpts from Pharrell’s essay:

Many Americans assume that the recent conversations about systemic racism and inequality are a result of a “moment of reckoning.” But I know this conversation dates back to those first “20 and odd Negroes”—as Jamestown colonist John Rolfe wrote in a letter—who became investment property as soon as they touched the shores of this independently owned and operated franchise called America.

America was founded on a dream of a land where all men were created equal, that contained the promise of liberty and justice for all. But all has never meant Black people. Like most Black Americans, I understand that all exists only in the augmented-reality goggles available to shareholders, power brokers and those lucky enough to get in on the initial public offering. But the ongoing protests for equity and accountability that have overtaken cities across the nation have made me feel something new that I can only describe with one word: American.

The desperate longing for economic justice that spurred unrest in the streets of Minneapolis after George Floyd’s murder reminds me of the same fire that burned in the veins of the Sons of Liberty when they dumped 342 chests of tea into the sea at Griffin’s Wharf. (Now we call that incident “the Boston Tea Party”—which is a poetic way to describe a “riot.”) When I see people tearing down the monuments to secessionist traitors who wanted to start their own white-supremacist nation, I see patriots acting in service of this country. It reminds me of the protesters who were inspired to tear down the statue of King George on July 9, 1776, after they heard Thomas Jefferson’s letter telling his oppressors to kick rocks. Those “thugs” would serve under the direction of George Washington in the American Revolution. But the Declaration of Independence makes it sound dignified: “In every stage of these oppressions we have petitioned for redress in the most humble terms,” wrote our Founding Fathers. “Our repeated petitions have been answered only by repeated injury.”

Amid so much injury, how do we begin to heal? Given this country’s inescapable legacy, I wondered if it was even possible to convince people that—even if we cannot escape it—we can overcome our past. But if we are ever to hold this nation accountable, we must force it to construct a future that offers us the same opportunities for wealth, prosperity and success as the ground-floor profiteers who built an empire with our free labor. We deserve the interest earned from those Confederate dollars and the refund of our tax dollars handed out to our white brothers and sisters in the New Deal while our neighborhoods were redlined. We want the return on our investment from when our local tax dollars funded schools our children couldn’t attend. We want actual liberty and justice not just for some Americans, but for all.

So, in assembling this project, I asked some of the most qualified people I know in every field—from Angela Davis to Tyler, the Creator, to Representative Barbara Lee—to talk with us, and with one another, about the way forward.

America’s wealth was built on the slave labor of Black people: this is our past. To live up to America’s ideals, we must trust in a Black vision of the future.

As Pharrell stated these protests aren’t new. Black people have been protesting the dehumanization of their bodies and the restriction to wealth and opportunity since they were brought to these shores.

Is it a reckoning? It’s more of a cry for justice against the 400 years of injustice perpetrated by the State. And those tone policing the anger refuse to acknowledge the fact that racism/white supremacy is oppressive. Revolutions are accomplished through revolutionary acts.

The wealth of America was built on the free labor of the descendants of enslaved Africans who rarely get to participate in the fruits of it. The demand for reparations is not just for slavery but the continual oppressive laws and acts that have kept the majority of those descendants from accessing that wealth.

I am a firm believer in justice and reparations. I also believe that the systems that we are trying to protect and or heal will continue to function as they were built. In order to have justice and equity we will need to tear them down and rebuild, together, with everyone in mind so that we ALL benefit.

In the meantime, I will continue to do my part because I truly believe in a black vision of the future AND a more equitable America that benefits all that will or have invested in it. We all deserve access to “life, liberty and the pursuit of happiness.”

The last time I was in France… Exploring the world of @chanelofficial’s Métiers d’art in @systemmagazine issue 15.

The last time I was in France… Exploring the world of @chanelofficial’s Métiers d’art in @systemmagazine issue 15.

Listening to all this new music and thinking about this shit.

Listening to all this new music and thinking about this shit.