Piers Morgan, 55, who hosts Good Morning Britain, has taken to Twitter to express his deepest condolences for Sir Harry Evans, known for his investigative journalism and editing the Sunday Times, who died at the age of 92. The Life Stories host opened up about his career after the author died from congestive heart failure.

One of the all-time great newspaper editors.

The journalist, who championed many overlooked causes, was well known for exposing hundreds of British thalidomide children who never received compensation for their birth defects.

He was also known for his 14 years editing the Sunday Times after Rupert Murdoch bought the paper in 1981.

Piers decided to address his thoughts following the sad news in view of his 7.6 million Twitter followers. 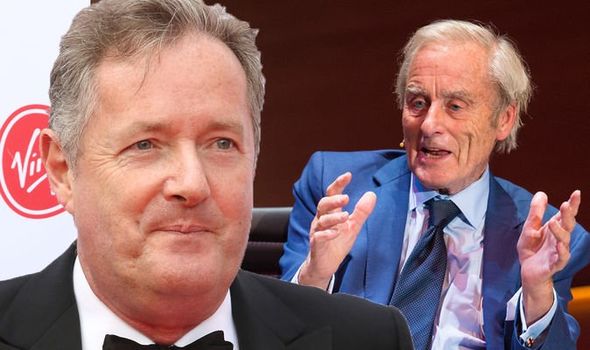 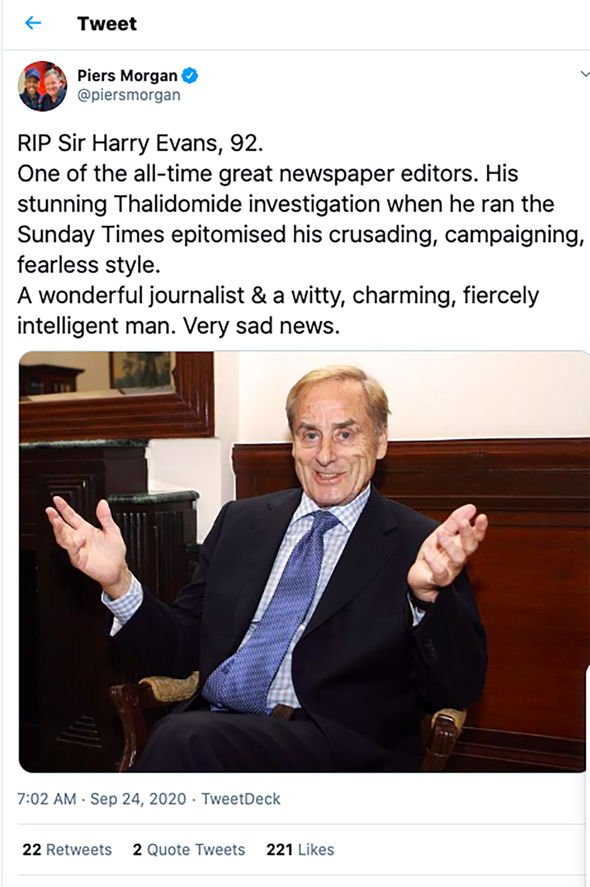 He continued: “One of the all-time great newspaper editors.

“His stunning Thalidomide investigation when he ran the Sunday Times epitomised his crusading, campaigning, fearless style.” 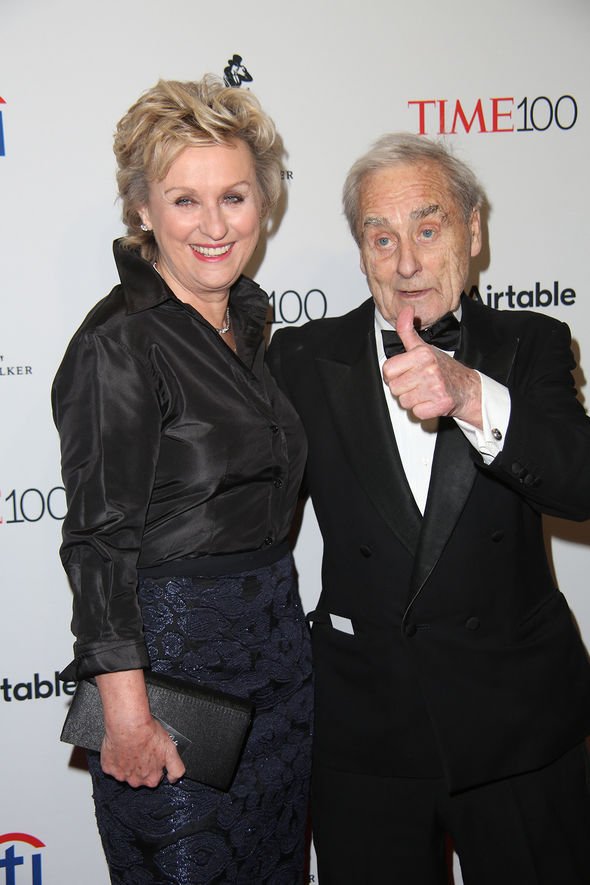 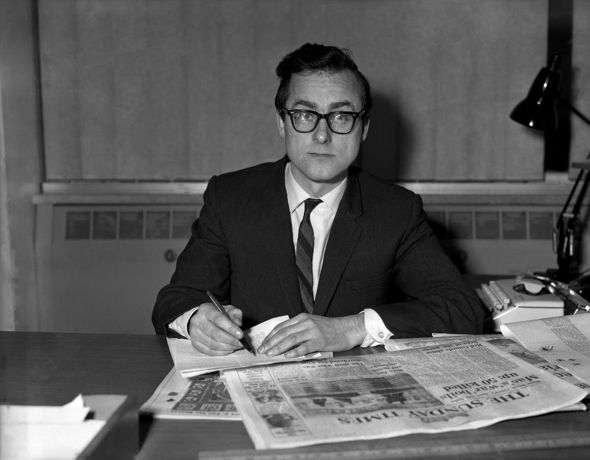 One who worked alongside him for a documentary shared a picture of the two of them and wrote: “Waking to news that the greatest journalist of his time, Sir Harold Evans, former editor of @TheNorthernEcho has died.

“Privilege to spend time with him in 2018 when filming an Inside Out documentary about local papers.

After editing the Sunday Times, he moved to the United States to teach at Duke University in 1984.

He went on to become editorial director of U.S News & World Report before founding Conde Nast Traveler in 1986.

From 1997 to January 2000, Harry was editorial director and vice chairman of U.S News & World Report, the New York Daily News and The Atlantic Monthly.

In more recent years, Harry became editor-at-large at Reuters in 2011.

The journalist was first married to his fellow Durham graduate Enid Parker in 1953 before meeting Tina Brown, a freelance journalist for the Times, in 1973.

Five years down the line, Harry separated from Enid and married Tina in 1981 in New York.

Harry and Tina have two children together; Isabel, 30, and George, 34.