“Roses are red, violets are blue, whoever finishes this best, dinner on me for two,” Prewett, 24, teased via Instagram as she modeled a slinky red dress.

The MLB star, 22, saw it as the perfect opportunity to shoot his shot, replying, “Roses are red, violets are blue … I’ll change your name to Rutschman from Prew.” 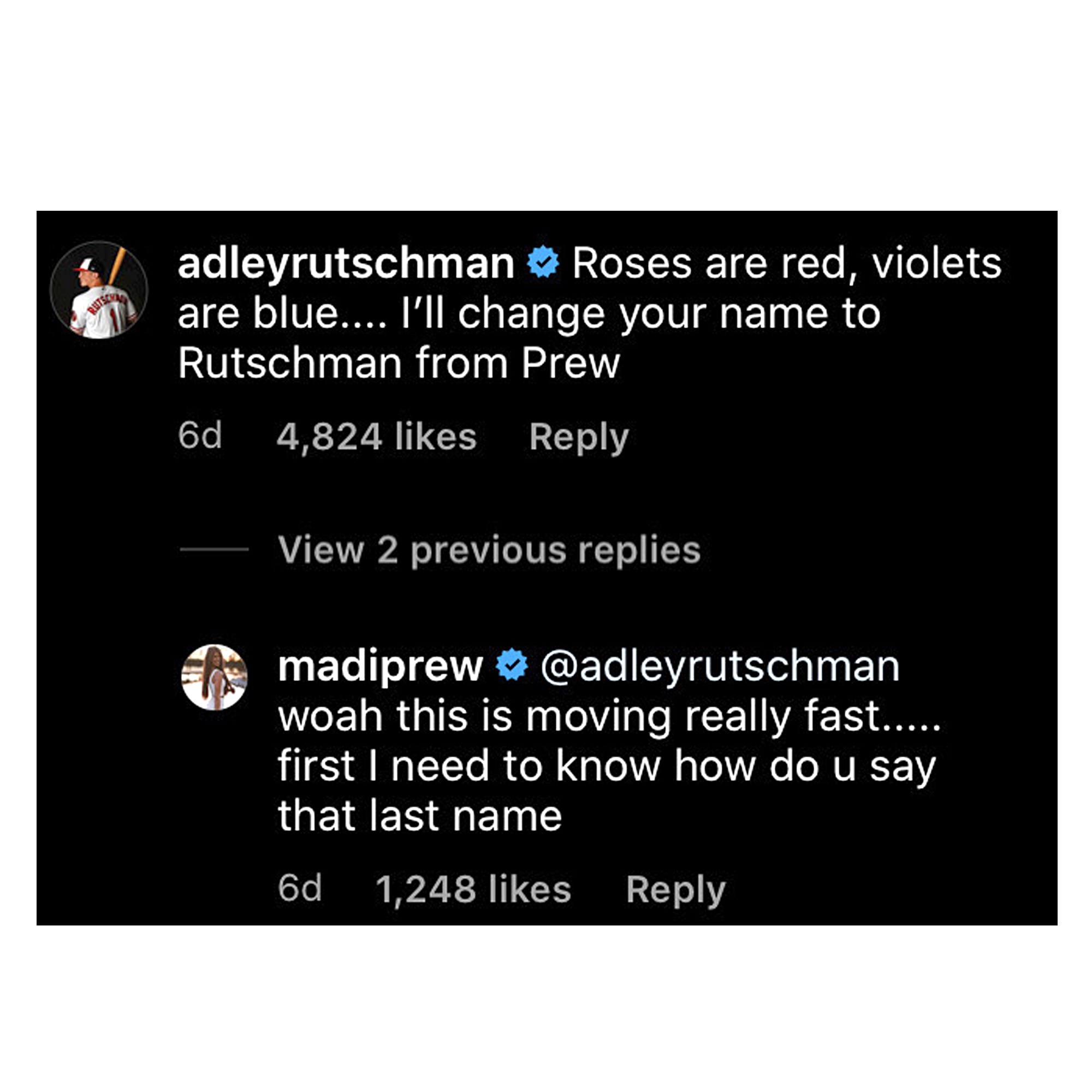 After eyeing the bold comment from the first round MLB draft pick, Prewett teased that the pair was moving at an all-star pace. “Woah this is moving really fast … first I need to know how do u say that last name,” she wrote back. Rutschman asserted that her confusion would at least give the pair “something to talk about over dinner.”

Prewett appeared on season 24 of The Bachelor and fought for a chance at finding love with Weber, 29. The pilot ended up proposing to Hannah Ann Sluss after the Alabama native removed herself from the competition, only to reunite with Weber after he called off his engagement when filming ended. Two days after declaring his love for Prewett on the live After the Final Rose special in March, he confirmed that the pair had “mutually decided” to split. 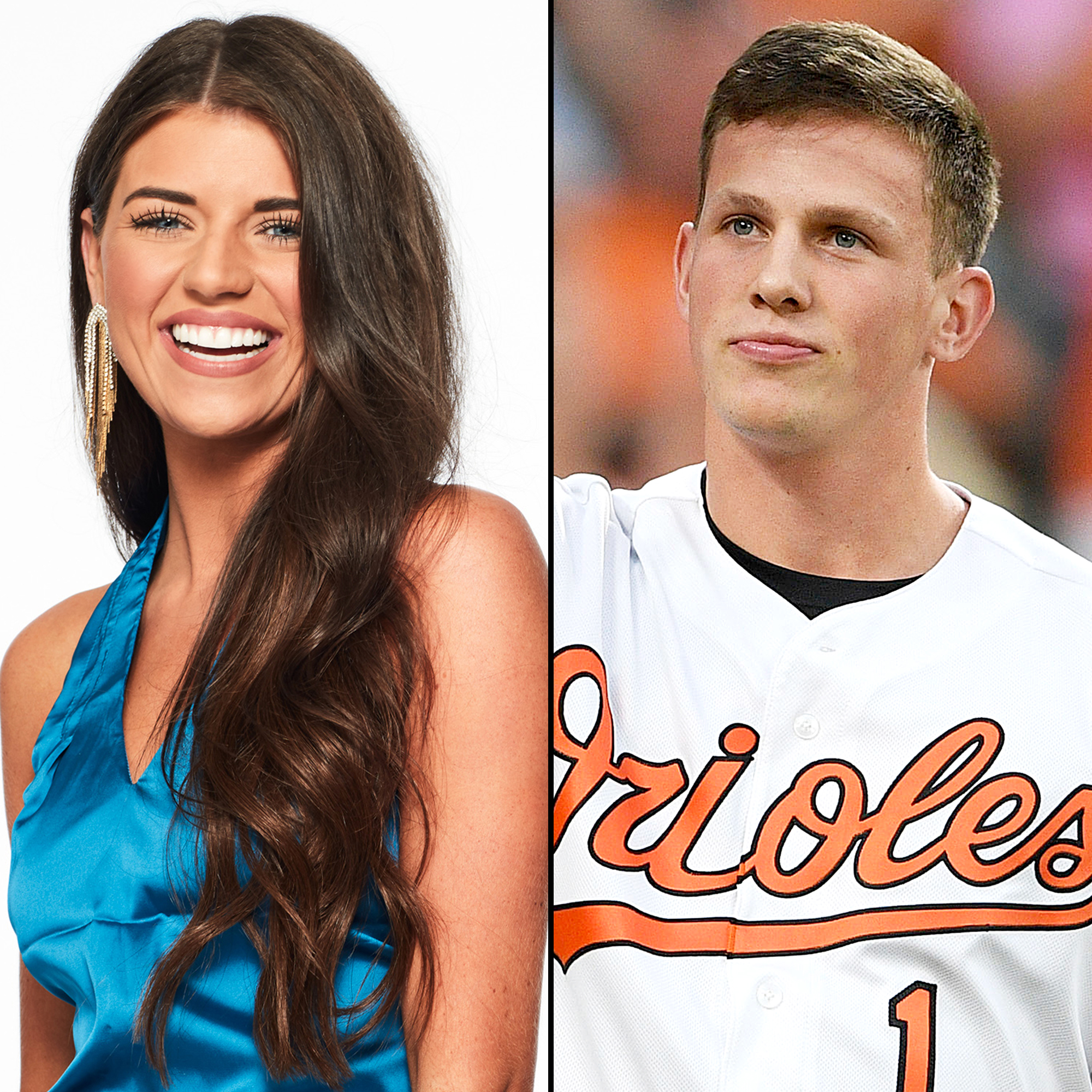 “Madi, thank you for your patience and unconditional love. You’re the epitome of a woman who carries herself with grace, stands by what she believes in, and loves whole heartedly. That love is something I feel so grateful to have felt and will take a piece of that with me always going forward,” Weber wrote via Instagram at the time.

Us Weekly broke the news in April that the Bachelorette alum was dating another former contestant from his season, Kelley Flanagan, after they were spotted together in Chicago. After seeing Weber reunite with the lawyer, 28, Prewett said she “was definitely hurt and thrown off” — and claimed that her ex had reached out to her days before pursuing Flanagan.

“He had texted me two days before. And [then] he texted me after it had been out for a couple days,” Prewett said on an April episode of the “Off the Vine” podcast. “What I’m confused about Peter is two days ago you were telling me how much you loved me and wanted to get back together and now you’re with the one person that was my best friend. It just feels a little hurtful.”

Bachelor Nation Stars Who Found Love After the Show

“To be straight up … we didn’t even get in a relationship again,” he told Entertainment Tonight in July. “I know they say, ‘Oh it’s 24 or 48 hours. That was the shortest relationship ever!’ We never committed to a relationship. We went our own separate ways. … I have no ill will towards Madison. I think she’s a great girl. It’s just this whole, the whole situation is like, awkward and that sucks.”