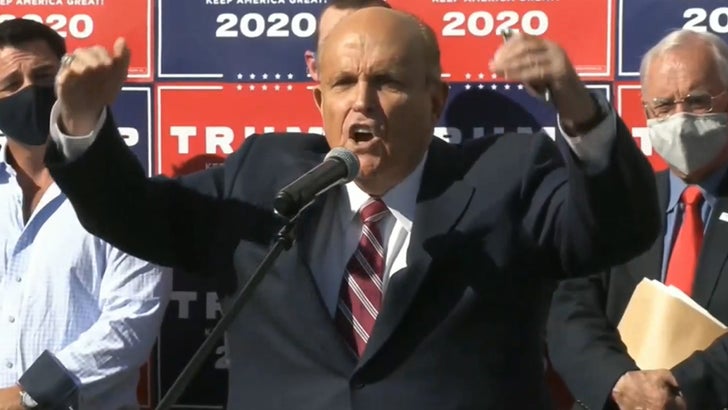 President Trump remains defiant, and is vowing to wage legal war against the election results that have made Joe Biden the nation’s President-Elect.

Giuliani focused on the mail-in ballots in the Commonwealth of Pennsylvania, and repeated Trump’s allegations of fraud connected to them. His main beef is Team Trump was allegedly not allowed to see any of the mail-in ballots or verify their legitimacy.

Rudy says the problem wasn’t only in Philadelphia, but also in Pittsburgh … where he claims 300,000 ballots went completely unchecked by Republicans who had a court order allowing them to observe the count.

He admits they were given access, but as you’ve heard for a few days now … team Trump claims they weren’t allowed to get close enough to properly observe.

The President and his lawyers say they will file multiple cases on Monday to challenge the vote count. Although they’ve yet to present any evidence of this … they claim not every legal ballot has been counted, and far too many “illegal” ballots have been counted.