Prince Harry is addressing the status of his relationship with his brother, Prince William.

During his and wife Meghan Markle’s interview with Oprah Winfrey, Harry revealed that the “relationship is space at the moment.”

He added, “and time heals all things, hopefully.”

In 2019, Harry, 36, confirmed that he and his older brother, 38, were “on different paths.” Things allegedly escalated when Harry and Markle announced in early 2020 that they were taking “a step back” as senior members of the British royal family.

The Duke and Duchess of Sussex, yearning to work independently, currently reside in Santa Barbara, Calif., with their firstborn Archie, who turns two in May. The couple is also expecting a daughter.

Rumors of a royal feud came to light in 2019, when British bestselling author Katie Nicholl claimed that since Markle, 39, and Harry announced their engagement in 2017, William grew increasingly worried for his brother and his whirlwind romance with the American actress. 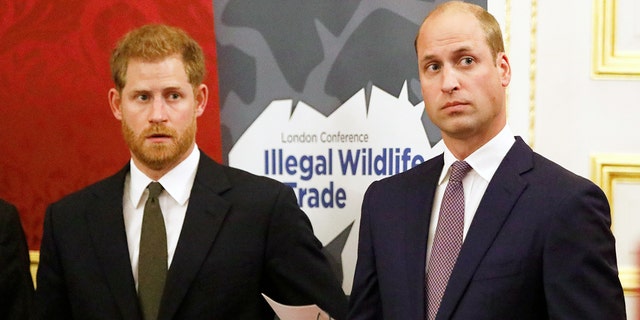 Prince Harry and Prince William were said to allegedly be feuding ever since Prince Harry’s whirlwind romance with now-wife Meghan Markle began.
(Getty)

“William was quite concerned that the relationship had moved so quickly,” Nicholl claimed in the TLC documentary “Kate V. Meghan: Princesses at War?” “And being close to Harry, you know, probably the only person close enough to say to Harry, ‘This seems to be moving quickly. Are you sure?’ And I think what was meant as well intended brotherly advice just riled Harry.”

“Harry is hugely protective of Meghan,” Nicholl continued. “He saw that as criticism, he interpreted that as his brother not really being behind this marriage, this union. And I don’t think things have been quite right ever since.”

On Sunday, the Duke and Duchess of Sussex sat down with Oprah Winfrey for “Oprah with Meghan and Harry a CBS primetime special.”