Queen Elizabeth had quite a busy royal Friday.

It was revealed this morning that the queen’s granddaughter, Princess Beatrice of York, married her fiancé, Edoardo Mapelli Mozzi, in a secret and small-scale ceremony in Windsor today. Only close family of Beatrice and Mozzi were invited to the intimate nuptials, and, of course, the queen and Prince Philip were there. BAZAAR.com understands, however, that much of the timing of today’s secret ceremony was due to the queen having a previously scheduled obligation for the knighthood of Captain Tom Moore. 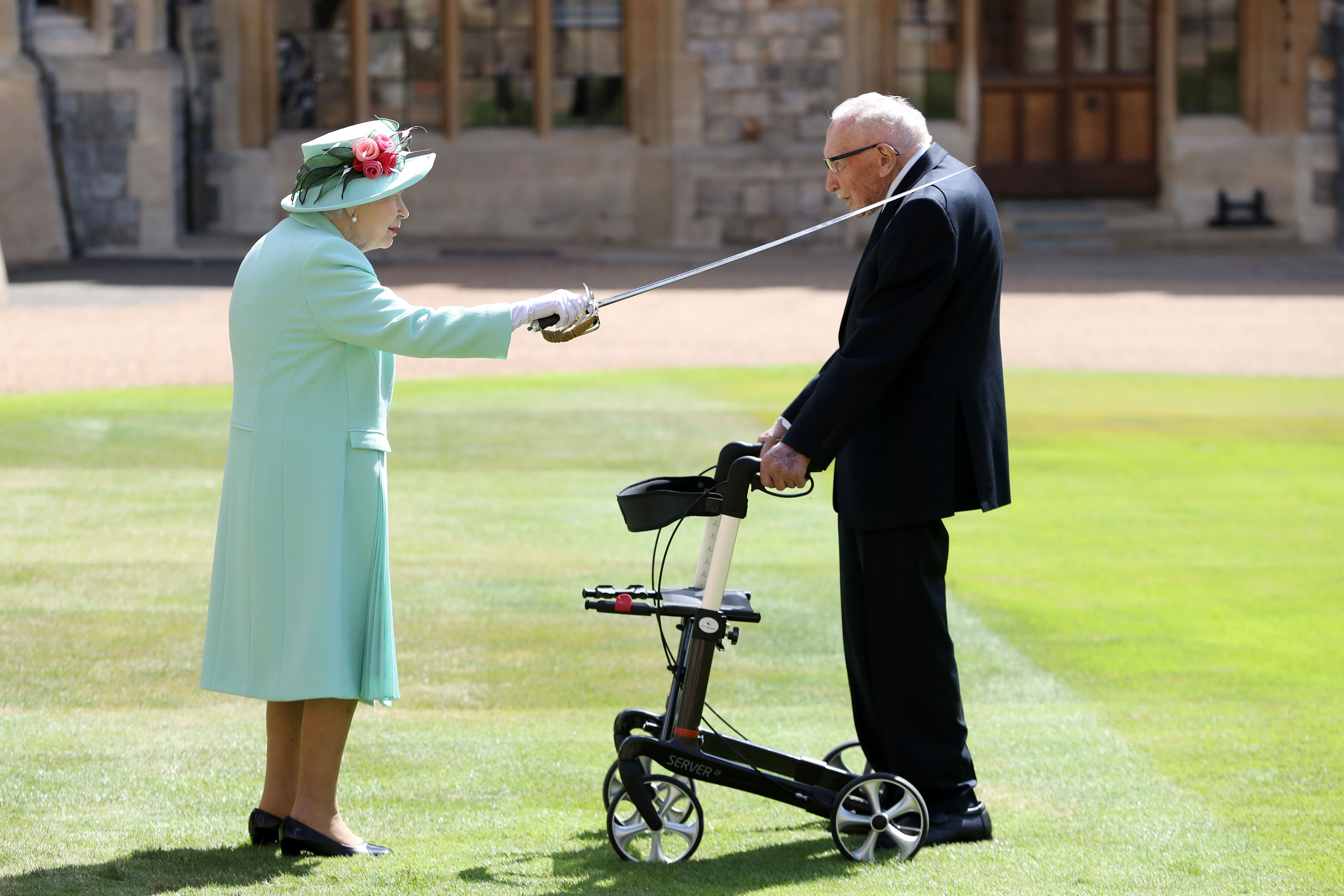 According to The Telegraph, Moore, aged 100, was being honored for his heroic fundraising efforts that encouraged members of the public to donate millions of dollars to NHS charities amid the coronavirus pandemic in the United Kingdom. The veteran was joined by his daughter, son-in-law, grandson, and granddaughter for the ceremony that took place at the quadrangle at Windsor Castle. The veteran received his honor outside of the usual time period for knighthoods since the global health crisis has led to the postponing of upcoming ceremonies.

The queen wore a mint-hued jacket and matching dress (or skirt) with a flower-adorned hat for the special occasion. The monarch was also photographed wearing the ensemble on her way with Philip to Beatrice’s wedding.

BAZAAR.com understands that the couple were keen on their event not overshadowing the captain’s investiture, hence why photos of the newly married couple are not expected to be released until tomorrow.