‘It was a horrible thing’: Game of Thrones star Iwan Rheon says the scene where his character Ramsay Bolton raped Sansa was the ‘worst day of his career’

And the 35-year-old described the moment, which took place in the 2015 episode Unbowed, as the ‘worst day of his career’.

Ramsay raped his new wife Sansa, who was played by Sophie Turner, on their wedding night, while forcing Theon Greyjoy (Alfie Allen) to watch. 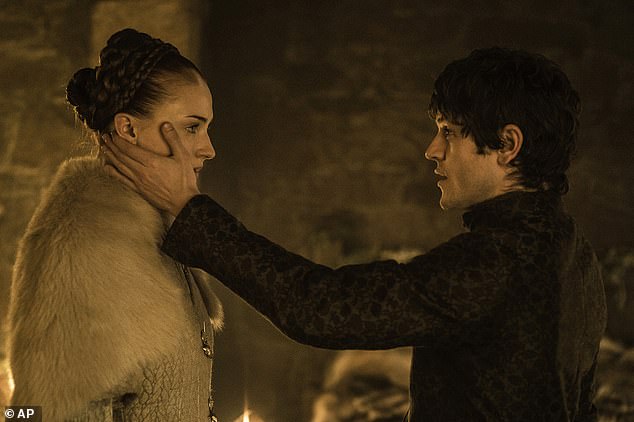 Horrible: Game of Thrones star Iwan Rheon has described filming the 2015 scene in which he raped Sophie Turner’s character Sansa Stark (both pictured) as the ‘worst day of his career’

Speaking to Metro.co.uk, Iwan said: ‘That was horrible. Nobody wanted to be there. Nobody wants to do that, but if it’s telling a story then you have to tell it truthfully.

‘They didn’t sensationalise it or anything. It was very, very hard watching. It’s a horrible thing that happens, unfortunately, and it shouldn’t be. It was the worst day of my career.’

Iwan went on to compare the moment to some of the other evil deeds Ramsay carried out, explaining how this moment was the most unpleasant thing he did.

The former Misfits star continued: ‘Chopping someone’s finger off you don’t really see it, and when you’re doing like a close up, it’s a piece of plastic. We’re just acting, it’s not real.

‘Then something like that where you’re in the actual reality of the situation is very difficult to deal with. It was a horrible, horrible day.’ 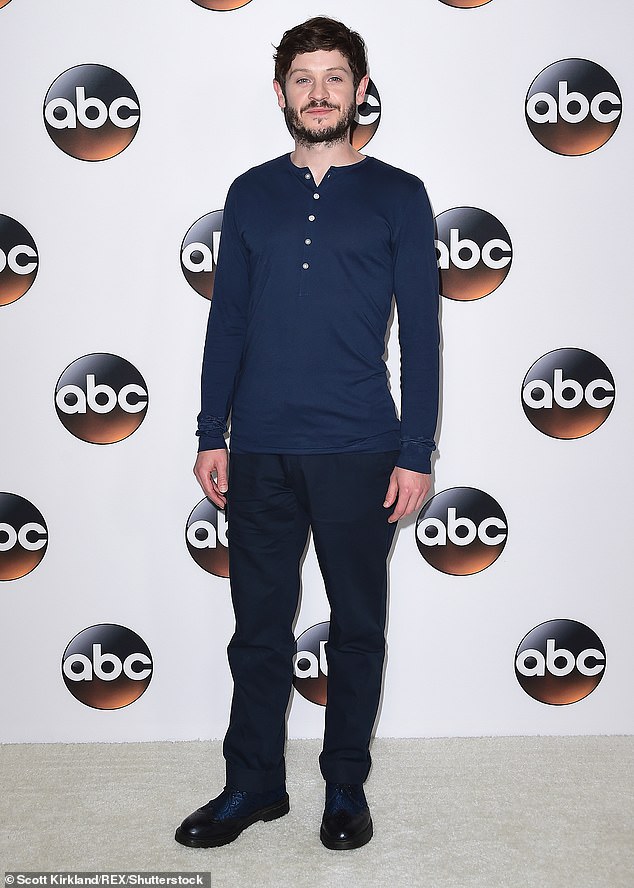 Traumatic: The Misfits star, pictured in 2017, said of the moment, ‘Nobody wanted to be there. Nobody wants to do that, but if it’s telling a story then you have to tell it truthfully’ 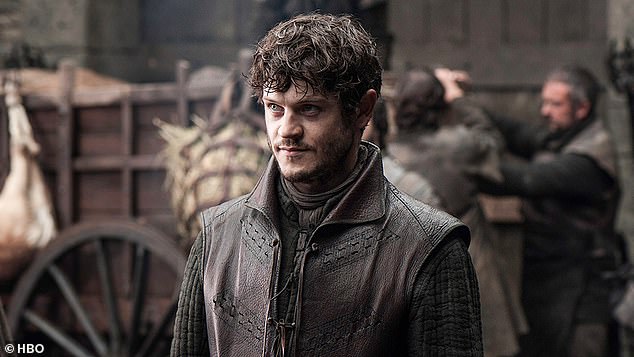 Dark turn: Iwan originally  auditioned for Jon Snow, which ended up going to Kit Harington, before he was given his evil part

Back in 2016, Iwan further described what it was like to play such an evil character on an appearance on this morning.

The TV star spoke to Phil and Holly about keeping his mum out of the loop as to what his character was up to.

He said: ‘I don’t think she needs to see this. I think she hears things and is just more worried about her son and whether it’s affecting me!’

He added: ‘She just sees her son, she doesn’t see a character.’

With such a quick turnaround per episode, Iwan confessed that his character’s murderous story-lines doesn’t faze him anymore.

‘It gets to the point where you think ‘really?’, but nothing surprises you about him anymore! He’s not a very nice young man. He’s become this monster,’ he mentioned.

The talented star, who originally auditioned for Jon Snow which went to Kit Harington, did go on to speak about his admiration for this fellow actors.

‘It’s such a quick turn around and so many scenes in a day… you’ve just got to be on top all the time. There’s no time to rehearse and stuff you just have to do it and it was brilliant training for me.

If you have been affected by this story, you can call Victim Support on their free support line 08081689111 or visit www.victimsupport.org.uk 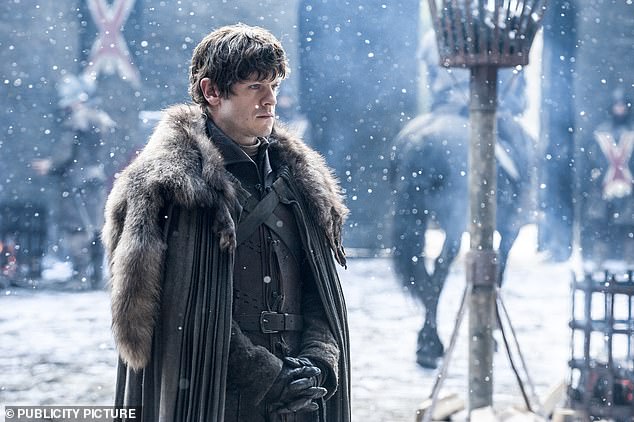 Evil: Back in 2016, Iwan told This Morning viewers that his mum was ‘worried about whether playing Ramsay was affecting him’