Selena Gomez is getting her hands dirty in her new project. The singer and actress was spotted on set, covered in fake blood and getting arrested.

Gomez rocked an ivory sweater smeared with a massive amount of fake blood, as she was escorted out of an apartment building while filming on Saturday evening.

The dramatic, blood-soaked shoot was for her Hulu series, Only Murders in the Building, in which she stars alongside Martin Short, Nathan Lane, Amy Ryan and Steve Martin. 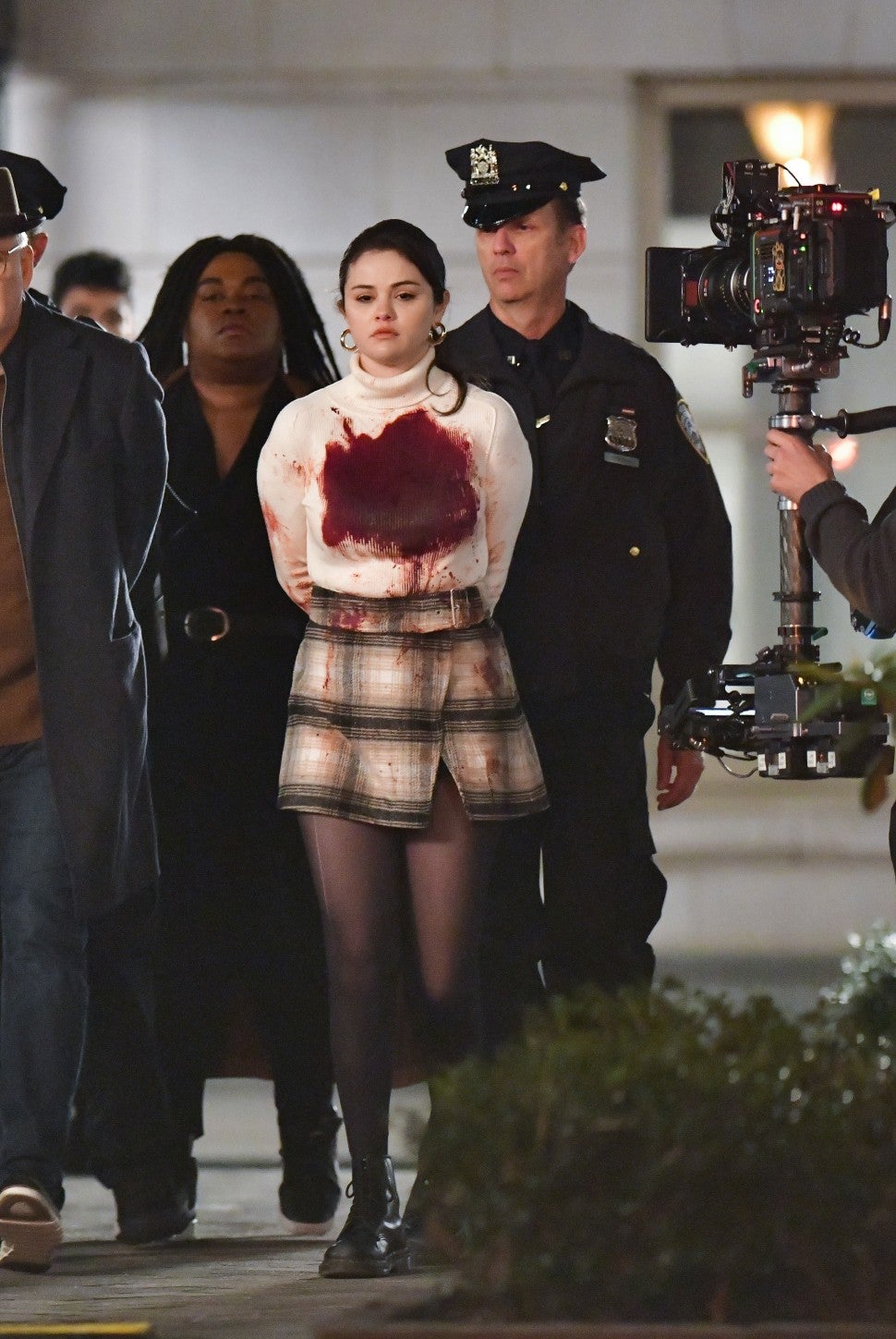 The series follows three strangers (Martin, Short and Gomez) who share an obsession with true crime and suddenly find themselves wrapped up in one.

Martin and John Hoffman (Grace and Frankie, Looking) co-created the series and are writing it. Martin serves as an executive produce, along with Short, Gomez, This Is Us creator Dan Fogelman and Jess Rosenthal.

In the scene shot on Saturday, it appears Gomez’s character was being arrested alongside Martin’s character. The pair also shared a smile and chatted after they got the shot. 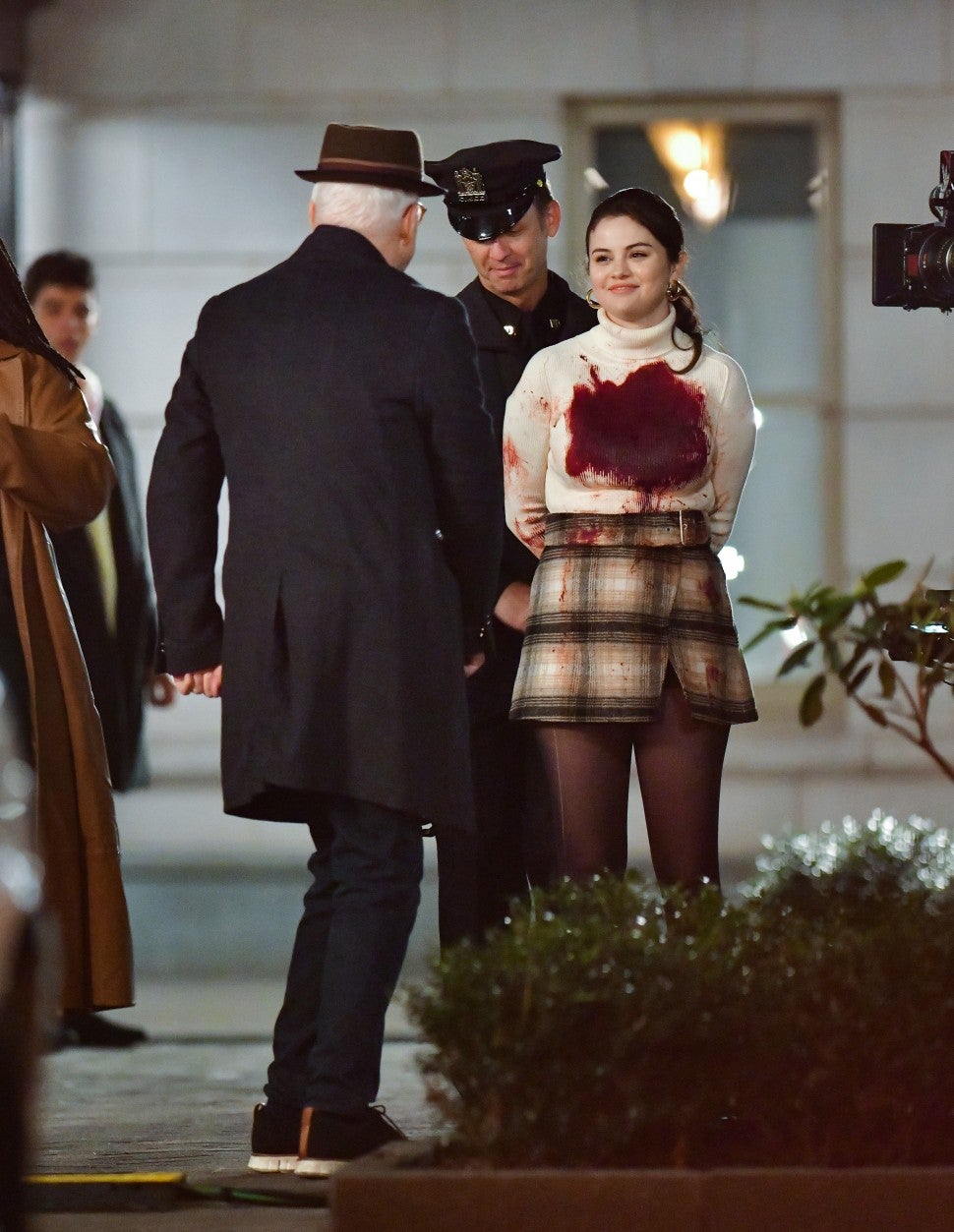 Hulu first announced the series in January. Martin and Short have worked together several times in the past, including co-starring in 1986’s Three Amigos and 1991’s Father of the Bride. The friends also co-headlined international comedy tours, first in 2016, which culminated with a 2018 Netflix comedy special, Steve Martin and Martin Short: An Evening You Will Forget for the Rest of Your Life, and last year, which ran through March in the U.K.

Gomez’s addition to Only Murders in the Building marks her first regular role on TV since Disney Channel’s Wizards of Waverly Place. She starred as Alex Russo on the series for five years, from 2007 to 2012.

For more on Gomez’ newest work — including her recent Spanish EP, Revelación — check out the video below.