Simon Helberg wife: Who is The Big Bang Theory star married to?

Simon Helberg plays Howard Wolowitz on The Big Bang Theory, which airs on CBS and E4. In the series, the socially awkward Howard is married to Bernadette (Melissa Rauch), but fans are keen to know who he is married to in real life. Express.co.uk has everything you need to know about who Helberg is married to.

Who is The Big Bang Theory star Simon Helberg married to?

Helberg is an American actor and comedian who is known for his award-winning Big Bang Theory role.

The 39-year-old is married with two children, and his wife is the American actress and producer Jocelyn Towne.

Towne is from California and she appeared in small roles in Gilmore Girls and The Selling.

She co-directed the film We’ll Never Have Paris with her husband Helberg in 2014. The film is based on the couple’s real-life engagement. 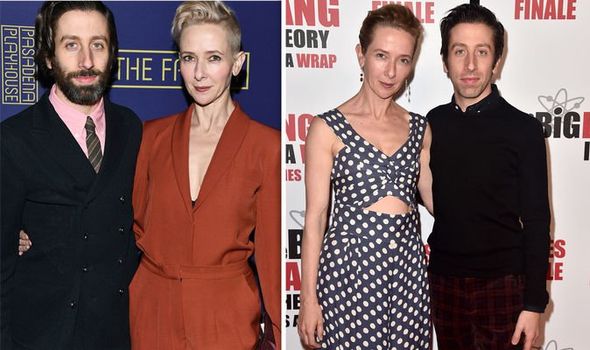 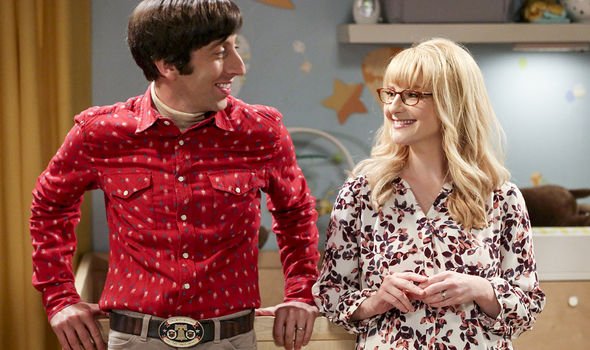 Helberg plays Quinn, who has been in a relationship with his girlfriend Devon (played by Melanie Lynskey) since high school. The film follows Quinn’s numerous attempts to propose to Devon.

Towne said she was surprised her husband was comfortable revealing the events of their relationship.

She told Jewish Business News: “I was really scared when I first sat down to read the script, which turned out to be hilarious, making me look back on the experience in a different way.”

Helberg and his wife had a busy time ahead of the birth of their second child. They told a Reddit Q&A: “We made two babies and two films in the last two years.”

The CBS actor joked to Entertainment Weekly: “Yes, my wife is [pregnant]. I can’t take all the credit.” 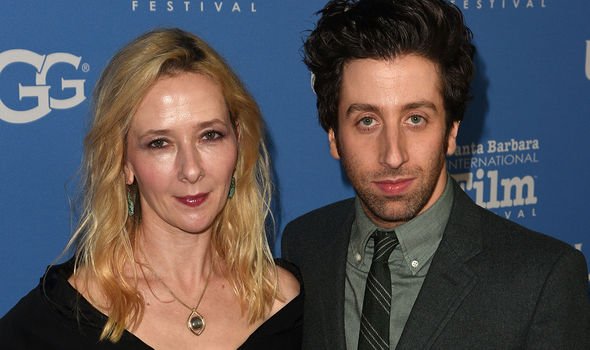 Towne is the niece of the popular screenwriter Robert Towne and she directed her first film I am I in 2013.

Helberg is very supportive of his wife and he encouraged fans to watch her in a theatre performance.

He said on Twitter: “Go see the beautiful @jocelyntowne and a cast of incredible ladies in Steel Magnolias for LA Theatre Works.”

Helberg had shared a photo from his film We’ll Never Have Paris with the message: The Chernobyl of proposals.”

Fans took to Twitter to share their thoughts, with one saying: “Loved @simonhelberg in the hysterically awkward @neverparismovie! He also rocks a piano solo that I hope will be on the soundtrack.” 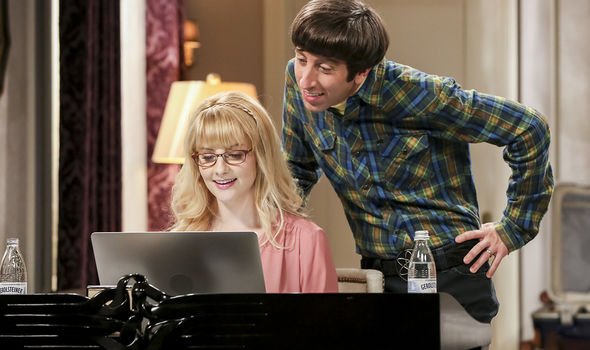 Helberg and Towne spoke to Daily Actor about her first film I Am I and whether she delved into any personal traits.

She said: “Not really, the closest I can say is I have a really great relationship with my father.

“It’s personal in that the themes are personal, us as children becoming almost like parents to our parents as we get older.

“And also just the desire to get to know our parents.” The film tells the emotional story of a father and daughter who try to reconnect after many years apart.

The film was a Kickstarter project which came as a result of crowdfunding.

Helberg had shared the crowdfunding project on social media and all of his fans got behind the film.

He said: “Jocelyn made a great video that they still use to teach classes on crowdfunding, it was a perfectly executed, creative, funny, interesting video.”

The couple have been enjoying family life with six-year-old Wilder and eight-year-old Adeline.

Photos were shared of the family having a day at the beach when Towne was pregnant with Wilder.

The Big Bang Theory airs on CBS and E4