Sophie Turner is all bang’d up.

The 25-year-old actress took to her Instagram Story this weekend to debut her new look: Long, wispy bangs that will make you want to book an appointment at the salon (or Google YouTube tutorials for cutting your own bangs) STAT.

“Ya gal’s BANG’d up,” Sophie captioned her car selfie debuting the look. 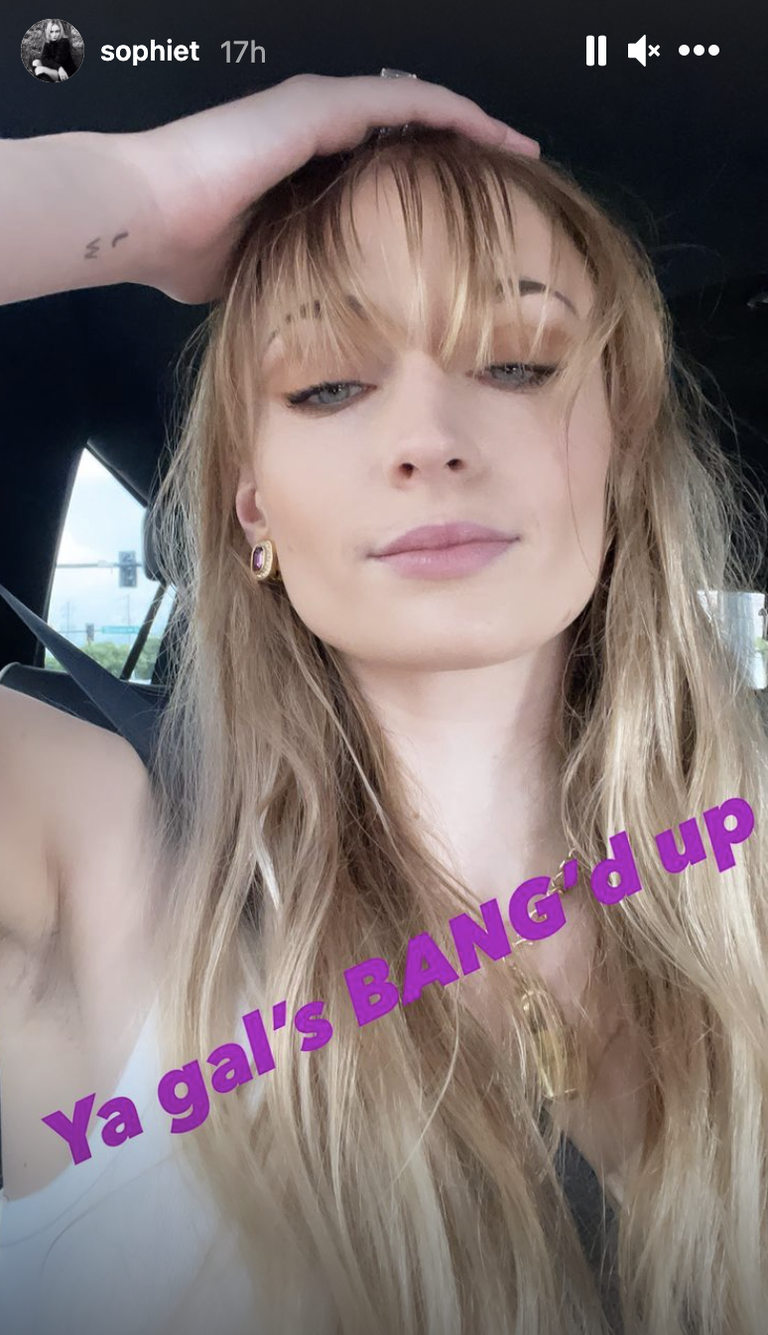 The new style marks Turner’s first major hair change since she went back to her natural blonde after years of consistently dyeing her hair red for her roles as Sansa Stark on HBO’s Game of Thrones and Jean Grey in the X-Men franchise.

“I don’t know. I haven’t thought about it, actually,” Turner told ELLE.com in 2018 when asked if she would make any drastic changes to her hairstyle after the hit series wrapped. “I’m really happy blonde. I think I might chop it off a bit more, maybe do a Brigitte Bardot 1960s kind of bob. Maybe I will like go crazy and dye it multicolors or something! Except for Jean Grey, I’ll have to go back to red at some point.“

Speaking to Allure at around the same time, the actress made it clear that she did want to try new things when it came to her hair.

“I feel like I would do anything, I really do,” she said when asked if there was anything she would never be willing to do to her hair. “I’m very experimental, and having been a redhead for so long and not being allowed to do anything to my hair, now I’m like, ‘I just want to do everything!’ It’s like when you’re told not to push a button or play with knives, all you want to do is push a button or play with knives.”