’We had Nicola Adams with Katya!’: Strictly’s Neil Jones says it would be ‘great’ to dance in an all-male couple after his ex made history in first same sex partnership

Neil Jones has said it would be ‘great’ to be in an all-male couple on next year’s series of Strictly Come Dancing.

The professional dancer, 38, has not had a celebrity partner during this year’s season of the hit BBC show, however he has performed in group numbers.

Although there not yet being a male duo competing on the show, Neil’s ex-wife Katya made history alongside Nicola Adams when they performed together in 2020. 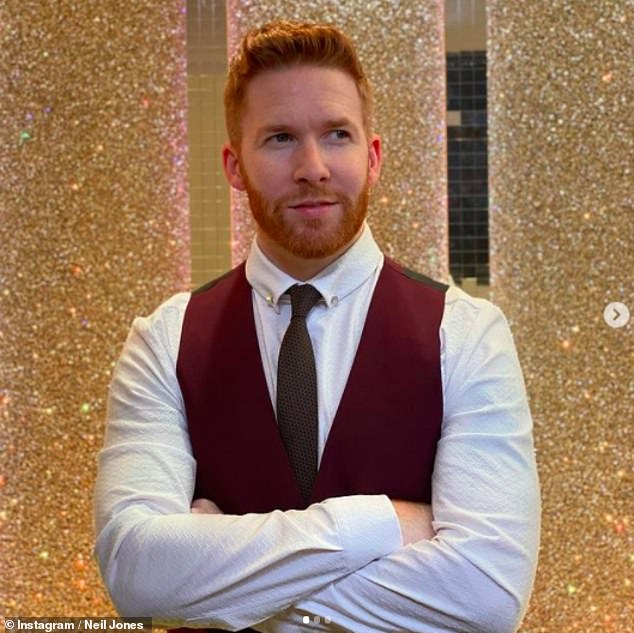 Up for it: Neil Jones has said it would be ‘great’ to be in an all-male couple on next year’s series of Strictly Come Dancing

Speaking to The Sun about next year and potentially dancing with a man, Neil said: ‘I wouldn’t have a problem with it. I’d embrace it. It would be great.

‘We’ve seen so many great male dancers dance together in the past, so why not? We had Nicola on with Katya this year. If it was with another man I’d do the same.’

Neil, who was last paired with Alex Scott in 2019, said that there being less celebs competing in 2020s shorter season meant he missed out on being in a duo.

He said: ‘This year has been difficult because there were less celebrities. Hopefully next year… I can get a partner.’ 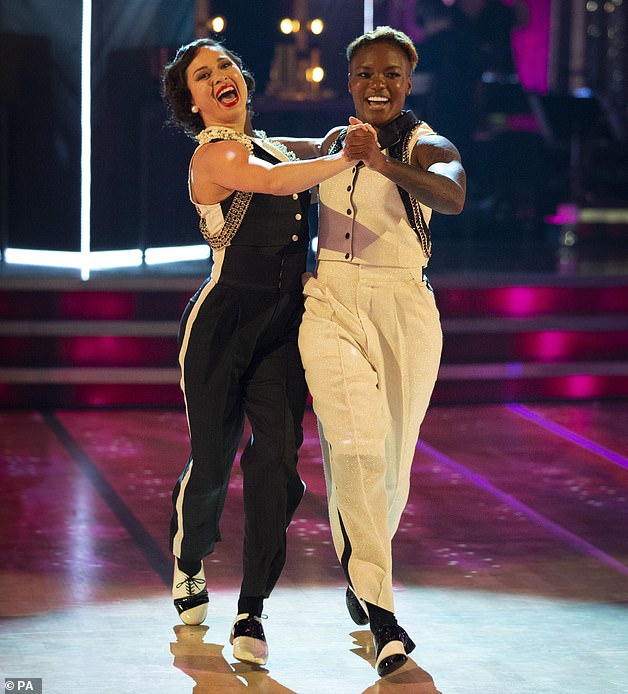 Trailblazers: The pro’s ex-wife Katya was partnered with boxer Nicola Adams during the 2020 season making them the first all-female duo in the competition

This year’s season had a slightly shorter running time in an effort to maintain new rules brought in amid the coronavirus pandemic.

Other measures included having stars placed in couple bubbles with their pro partners and maintaining social distancing during filming.

Despite making history as the first all-female partnership on the show, Nicola and Katya had to leave the competition after the professional tested positive for COVID.

However they will be making a reprisal in the series for one last dance, thought to be happening during the final in two weeks time. 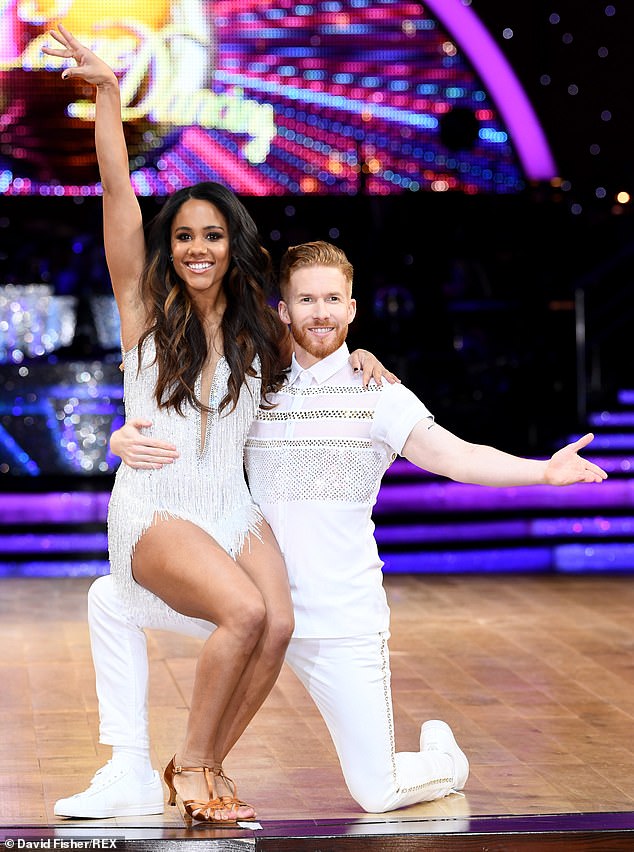 Throwback: Neil was partnered with presenter Alex Jones in the 2019 season (pictured together at a photoshoot for the Strictly Live Tour in January 2020)

It comes after Neil sparked rumours he’s split from his cheating girlfriend Luisa Eusse after she deleted her Instagram account.

The Colombian dancer, 24, has become noticeably absent from social media after Neil admitted their relationship ‘wasn’t perfect’ and they were ‘living apart’ following claims she’d cheated on him.

Luisa and Neil first confirmed their romance back in August, and it was the dancer’s first public relationship since he split from wife Katya in 2019.

Luisa had never been shy of posting loved-up snaps with boyfriend Neil, but her Instagram account has now disappeared.

MailOnline contacted representatives for Neil Jones for comment at the time. 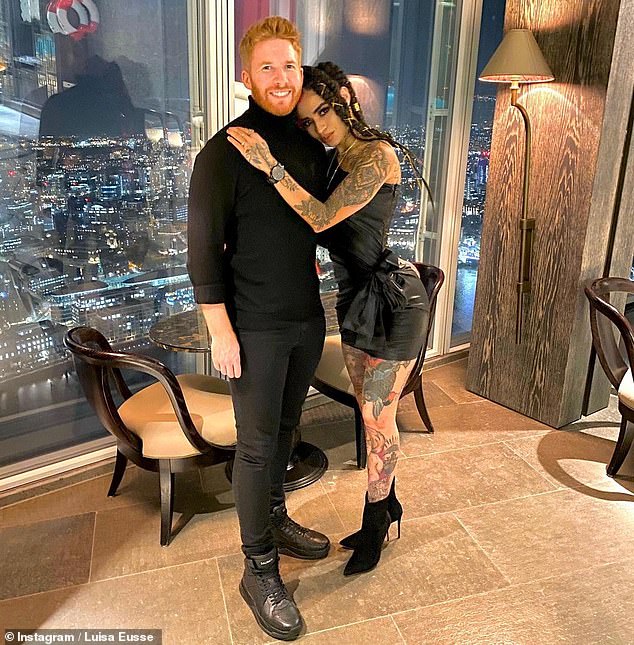 What’s going on? It comes after Neil sparked rumours he’s split from his cheating girlfriend Luisa Eusse, 24, after she deleted her Instagram account

The choreographer – who asked the skater to move in with him after just two weeks of dating – admitted he initially brushed off the rumours, before the couple ‘turned a corner’ following a candid chat.

Neil told Hello! magazine: ‘If people are not honest with me, then I can’t accept them in my life. We’ve sat down and talked and we’ve both been really honest with each other and I feel we’ve turned a corner.

‘But I can’t stand here and say everything is perfect even now. Luisa is a free spirit and loves life and it’s not easy to be in the public eye, but she accepts she has made mistakes that could also have an impact on my life.

‘It wasn’t the ideal way to form a relationship so quickly… [but] I love being with Luisa and we see a life together. Our relationship is real and she makes me happy. She puts a smile on my face every day.’

The media personality added that he hopes the duo, who started dating over the summer, can slow things down and go out on dates once the lockdown is lifted. 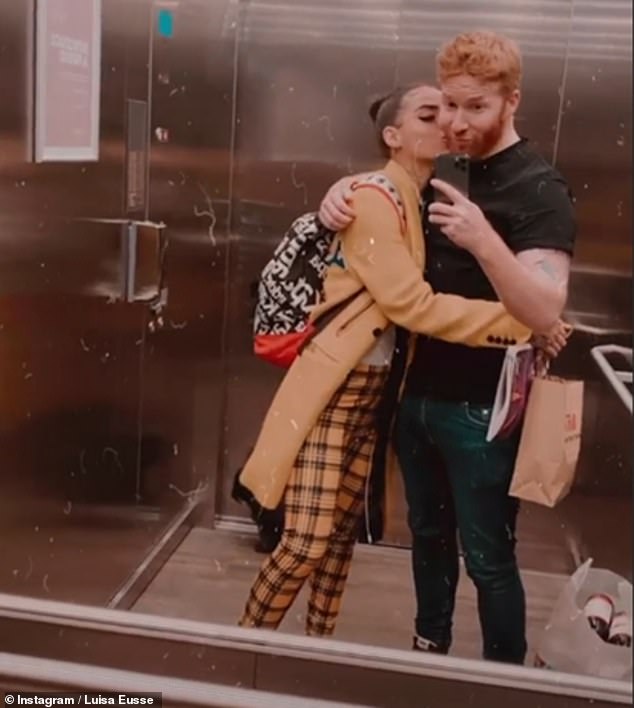 Reports: The Colombian dancer has become noticeably absent from social media after Neil admitted their relationship ‘wasn’t perfect’ and they were ‘living apart’