Home » Celebrities » TALK OF THE TOWN: Nicholas Soames splits from his second wife

TALK OF THE TOWN: Nicholas Soames splits from his second wife

TALK OF THE TOWN: Churchill’s grandson Nicholas Soames splits from his second wife

After 27 years of marriage, I’m sad to report that Sir Nicholas Soames and his wife Serena Smith are to divorce.

The 72-year-old ex-Tory MP and former Defence Minister in John Major’s Government married Serena, a niece of the Duchess of Grafton and daughter of Sir John Smith, the former Tory MP for Westminster, in December 1993.

The couple – who have two grown-up children Isabella and Christopher – had an intimate ceremony with close family before enjoying a more ornate affair at the Banqueting House in Whitehall. 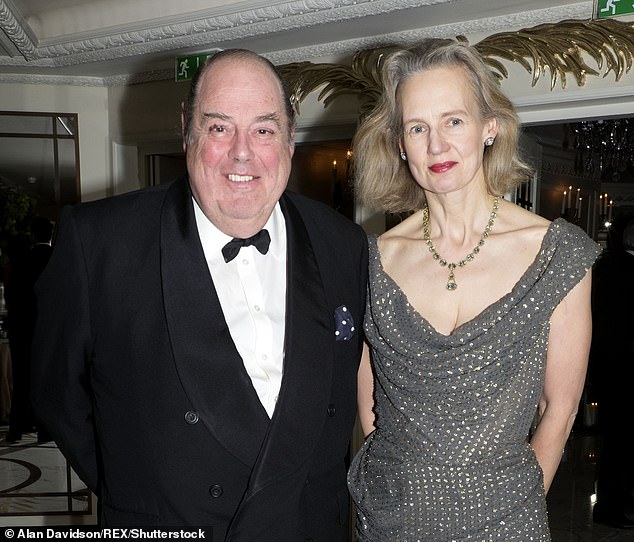 Nicholas Soames, left, has split from his wife of 27 years Serena, right. He said they are living separately

While Sir Nicholas would not divulge any details, he sadly told me over the phone: ‘It is true. We are living separately.’ Serena owned the beautiful farm in Horsham, West Sussex, where they formerly lived.

A friend speculates: ‘When he stepped down last year and gave up his seat, he was spending more time at home. He is not exactly a quiet man to live with and it is not a large house, so it put an undue strain on their relationship.’

Sir Nicholas, who is the grandson of Sir Winston Churchill, hit the headlines last year when he was part of a backbench rebellion against the Government’s Brexit plans. He coined a glorious phrase by calling Boris Johnson an ‘ocean-going clot’ and later stepped down as an MP. Such was Boris’s amusement at the jibe, he later recycled the line for his own use.

His first marriage, to heiress Catherine Weatherall, ended in divorce after seven years. They have one son together. Serena was not available for comment.

My lips are sealed…

Which very senior Royal had a shocking encounter with a forestry worker after catching him relieving himselDf in her grounds as she walked her beloved dogs? The red-faced labourer told me: ‘It was really embarrassing – I didn’t think anyone was around and I was miles from a toilet. It was bad luck when she caught me. She just looked appalled and hurried off the other way.’