Joe Alwyn, Taylor Swift’s boyfriend of over three years, made one thing abundantly clear on his Instagram Stories last night: He and Swift are quarantining together. The British actor rarely posts on Instagram, but he shared several photos last night of Swift’s blue-eyed cat, Benjamin Button, hiding around her place. 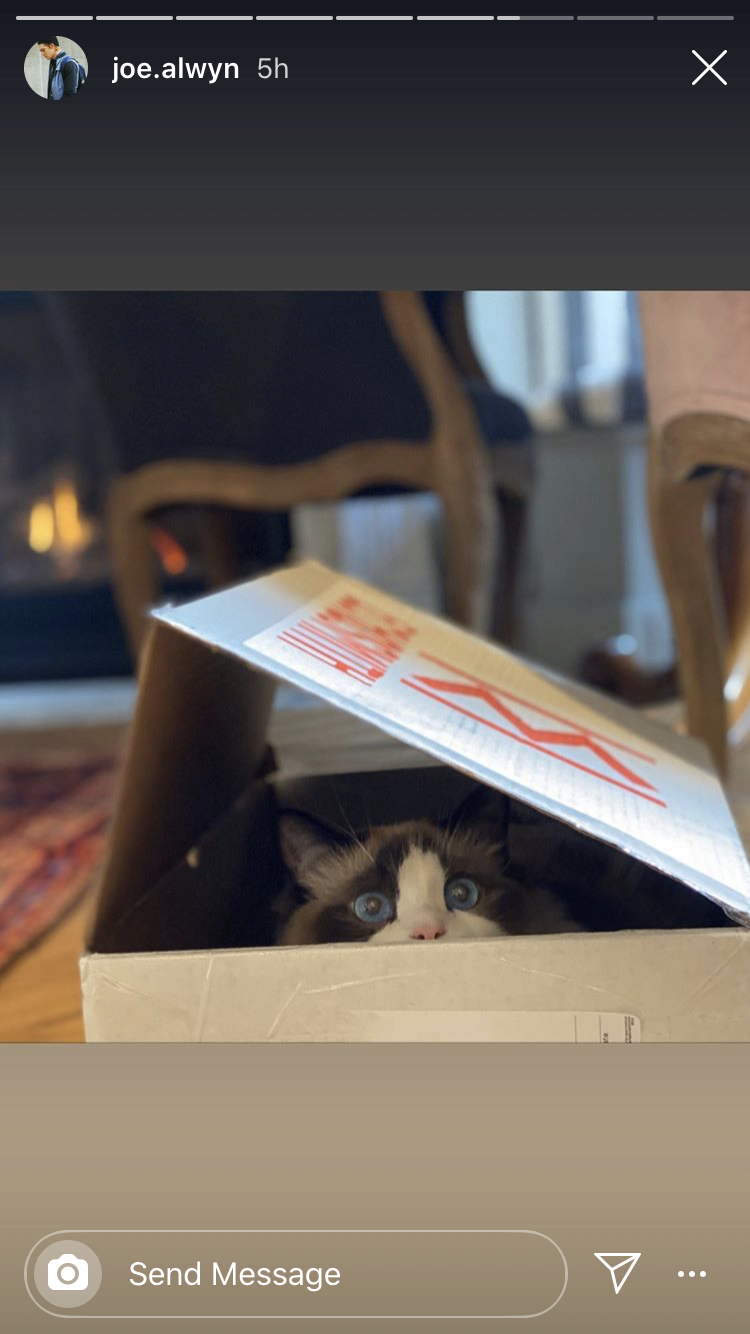 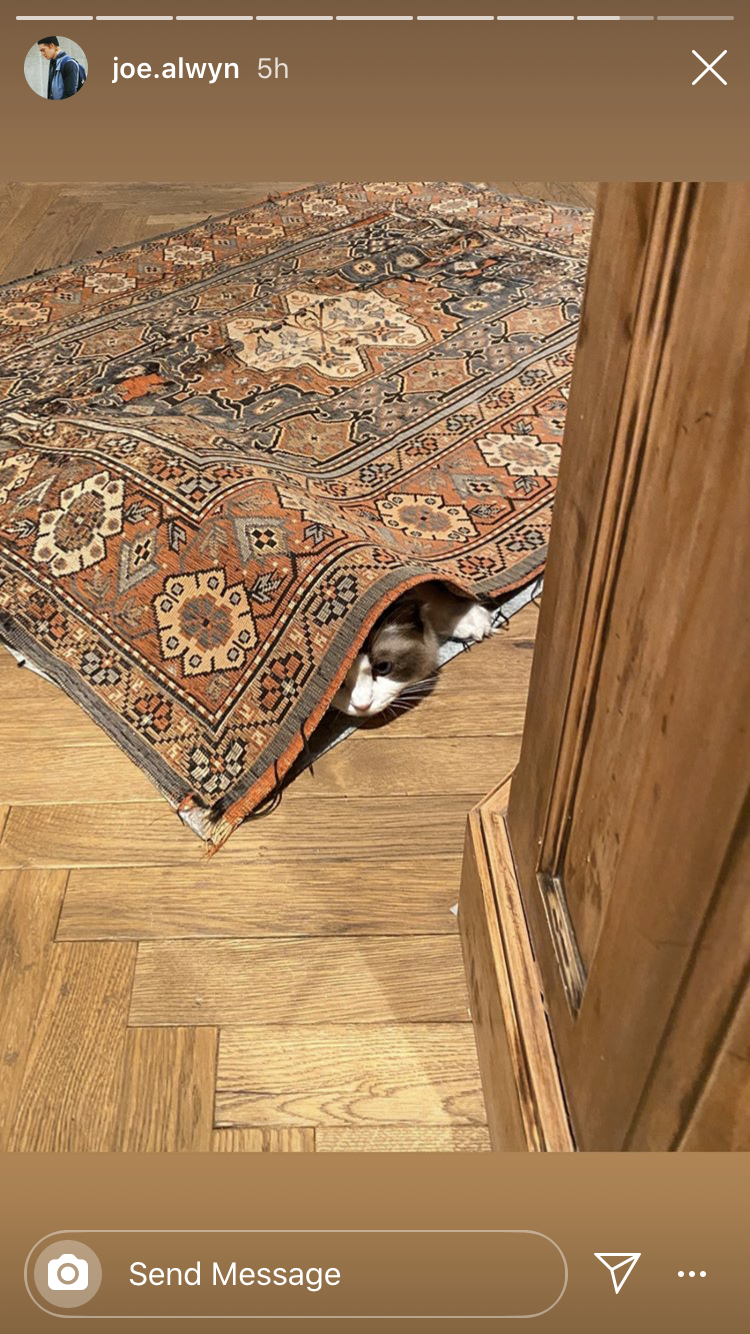 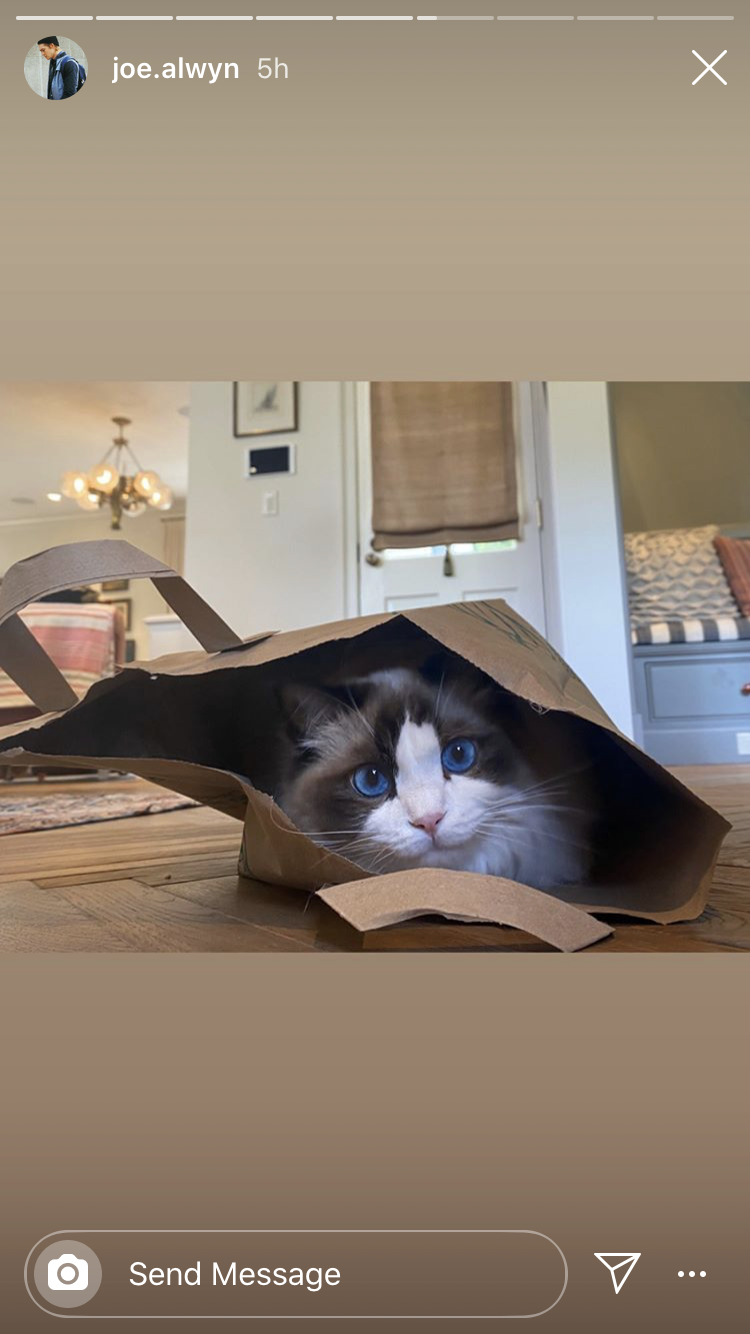 You can see some of the decor of Swift’s house and that it matches the decor Swift has posted on her own Instagram:

For Meredith, self quarantining is a way of life. Be like Meredith.

Alwyn also shared a shot of himself in quarantine with a big glass of wine. It’s a mood….and it’s also consistent with how Swift told People she was spending her time in quarantine. “I love spending a full evening cooking a meal while sipping a glass of wine and listening to old music,” the singer said, via Billboard. It’s worth noting that in all their time dating each other, Swift and Alwyn have never shared a photo of themselves together on their social media. Alwyn making it so clear he’s staying at Swift’s at all is an unprecedented move for him, as the two have always kept their relationship pretty private. 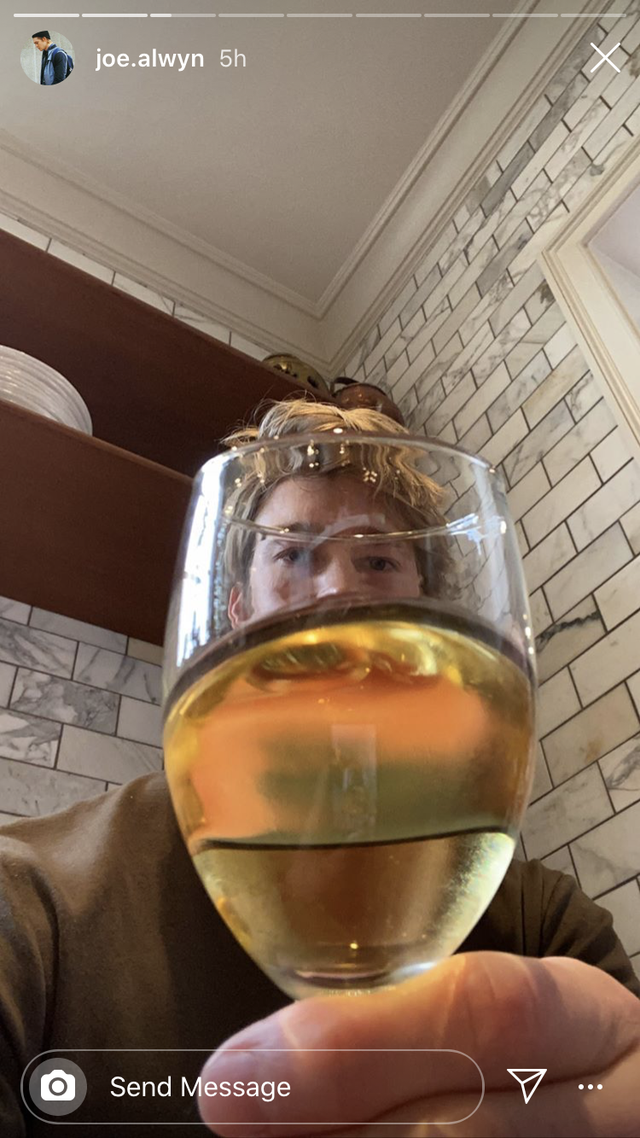 Not a lot going on at the moment

Swift spoke to SiriusXM in early April about her other activities, though, unsurprisingly, she didn’t talk about him or their relationship: “During this time, I know that a lot of my friends and I have been doing a sort of weekly family FaceTime, which is always hilarious,” she said. “I think it’s really important that we all stay connected because, you know, isolation doesn’t have to be an all-encompassing thing. You know, we may be all isolated physically, but we can still keep in touch with people, we can still play games with our friends and families on our phones—that is one of the great things about modern technology. So I hope you guys are doing a lot of self-care in terms of staying connected to the people that remind you of home even if the situation is strange and really confusing at this moment.”

Swift and Alwyn first started dating in the fall of 2016. Us Weekly reported in late March that they remain very serious now. “[They] have talked about their future and marriage,” a source told the outlet. “They don’t have a set deadline in place, but they’re very much in love.”

“Taylor considers Joe one of the only safe constants in her life,” the source continued. “He has always been a huge support and stuck by her.”