Tom Arnold says he was late ‘Saturday Night Live’ star Chris Farley’s sober sponsor: ‘He had too much fun’ 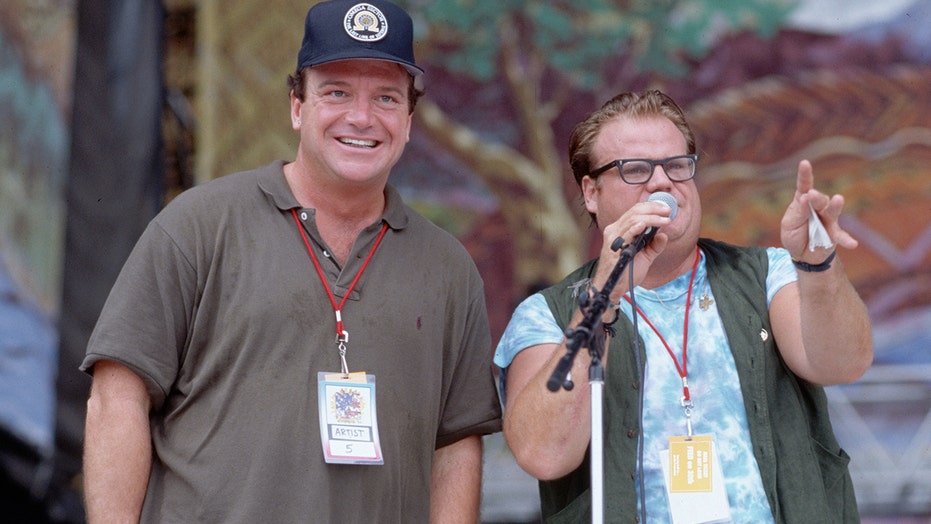 Tom Arnold reflected on the time he was a sober sponsor for his pal Chris Farley.

On Wednesday, the 62-year-old told Howard Stern that they were introduced by “Saturday Night Live” creator Lorne Michaels.

“Lorne Michaels called me and he said, ‘You have a lot in common with Chris Farley,” the comic told the host, 67. “’Would you please spend time with him?’”

According to the outlet, Arnold went on to become the star’s sober sponsor.

“You know, he wanted to be sober,” said Arnold. “And I think Lorne really worried about that. So I was his sponsor for a few years.” 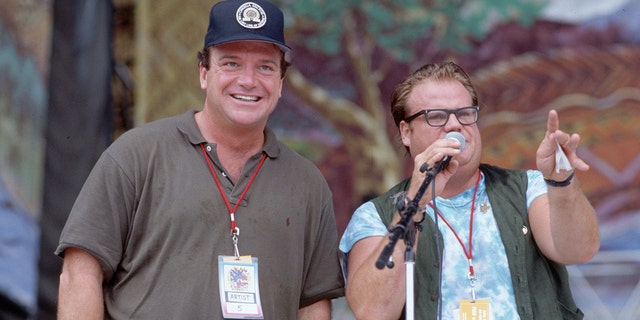 Chris Farley (right) and Tom Arnold on the stage at the 25th Anniversary concert for the celebration of the original Woodstock concert.
(Photo by Lynn Goldsmith/Corbis/VCG via Getty Images)

Arnold described their friendship as “very close” and the two bonded over football and their Midwest upbringing.

The comedian recalled how Farley was hesitant to do his most iconic “SNL” sketch, known as the Chippendales audition with Patrick Swayze.

“He called me that week,” said Arnold. “And he said, ‘I am so embarrassed, they wrote me this thing, and [it’s embarrassing] ‘cause I’ll be the fat guy next to Patrick Swayze. What do you think?'”

Arnold remembered telling Farley to “go for it.” 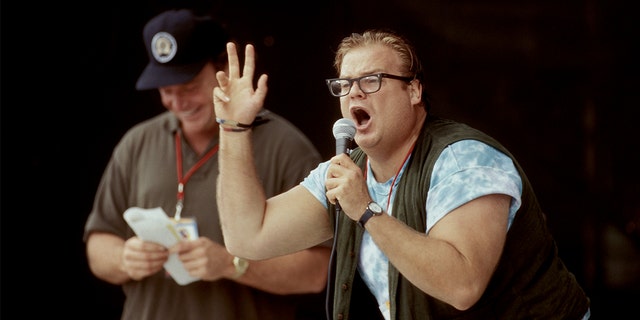 “[I told him,] ‘If you can be the funniest fat guy ever doing this thing, then you should do it. And you should really go for it.’”

“… There’s no shame in his game,” Arnold added.

“I think it was a struggle for him,” Farley’s brother Kevin admitted to Fox News in 2019 about coping with fame in Hollywood. 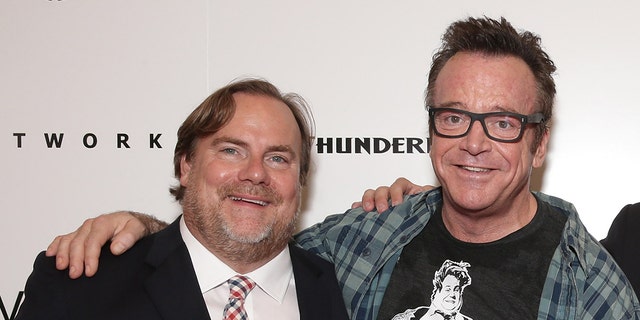 “He had dreams,” Kevin continued. “He really enjoyed his work and he enjoyed his life. But addictions can play tricks with your brain and your self-esteem. I think that’s what he struggled with.”

Kevin said that he wants people to remember Farley as he knew and loved him.

“I just want to remind people he was one of the funniest guys that ever lived,” he said at the time. “He was a kind person. That’s what I think his legacy will be.”