Singer Usher and his girlfriend Jennifer Goicoechea stepped out for a romantic dinner date after celebrating their newborn daughter’s six month birthday.

Usher, 42, and his girlfriend Jennifer Goicoechea, 37, welcomed their daughter Sovereign Bo six months ago, and the new parents stepped out for a romantic dinner date one day after the milestone. The Confessions singer was all smiles as he walked alongside Jenn at the celeb hotspot Nobu Malibu on March 27. He rocked a white sweater with a pastel print, baggy light wash denim jeans, and turquoise sneakers. He accessorized with a gold cross necklace, and a large ring, while opting not to wear a face mask. 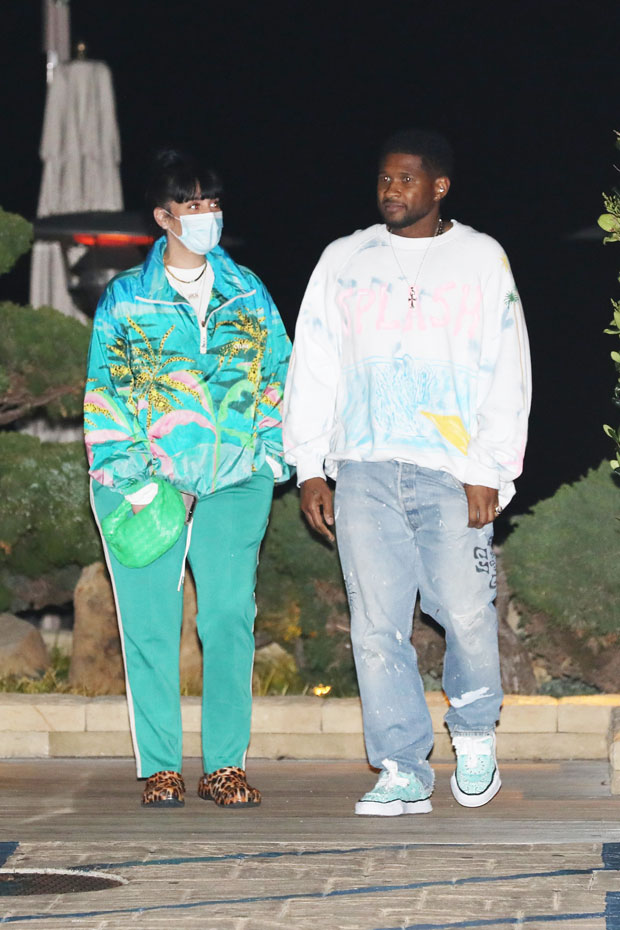 Meanwhile, Jenn stood out in a very bright ensemble. She wore aqua sweatpants which featured white stripes down the side, a white camisole, and a multicolored windbreaker, which featured a summery, palm tree print. She added to the eclectic look with leopard print crocs, a bright green handbag, layered necklaces, and a blue protective face mask. The new parents, who welcomed their little bundle of joy in September 2020, laughed amongst themselves as they entered the restaurant.

Usher shared the first photo of his little girl when he appeared on the Nov. 11 episode of The Ellen Degeneres Show. In the sweet snap, the singer was seen cradling little Sovereign in his arms as he leans down to kiss her forehead. “She came out early. She was scheduled to be a Scorpio but decided she had a different plan. Libras, you know, they kinda have their minds made up what they wanna do,” he said of his third child. She will have two older brothers: Usher Raymond, 12, and Naviyd, 11, from Usher’s ex Tameka Foster. 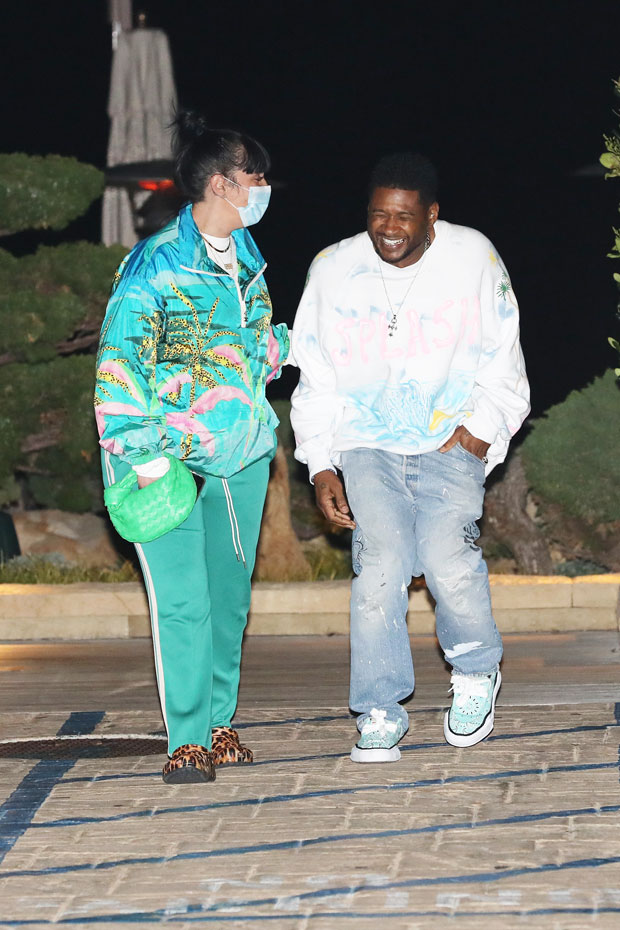 The hitmaker added, “It’s funny because the umbilical cord was wrapped around her wrists. So she’s pulling the thing, like, ‘Pull me outta here, it’s time to go!’” He also shouted out his two sons for being “protective” of their new baby sister. “They’re coping well. They’re very, very excited about being big brothers…they’re a little bit too protective of her sometimes, even with me!”