Speaking to Express.co.uk, Vanessa Feltz, 59, discussed her career on radio and television ahead of this year’s Audio and Radio Industry Awards (ARIAS) on Wednesday. The presenter joined This Morning in 2006 and has been a regular agony aunt on the show ever since. In a recent episode of the ITV programme, presenter Holly Willoughby, 40, revealed she is a hoarder, which left her co-stars stunned.

She’s so immaculate, she didn’t strike me as someone who keeps every single birthday card

At the time, Vanessa jokingly told the host she needed help for her habit.

On her admission, the broadcaster added: “That was so funny, I am surprised actually!

“She’s so immaculate, she didn’t strike me as someone who keeps every single birthday card from the day she was born.

“Not that I mind her doing it, I don’t object to it, but I was quite surprised. 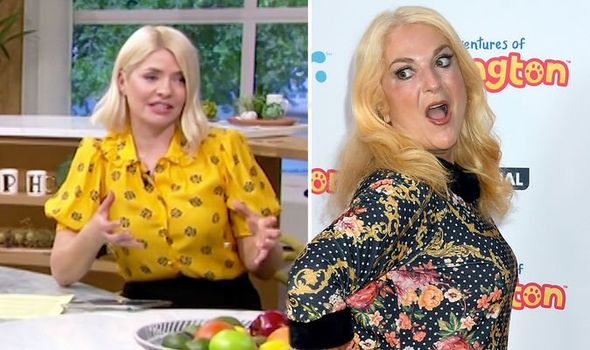 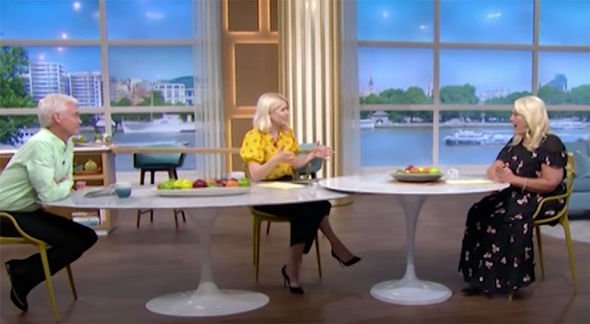 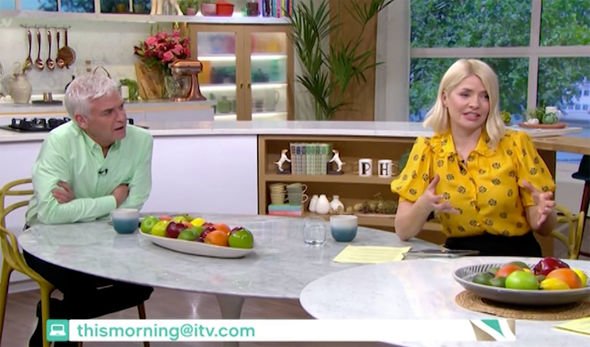 “She said she wanted the anti-hoarding people to come to her house and sort her out.”

Holly has been the show’s main presenter since 2009 alongside Phillip Schofield.

Earlier this month, a report claimed she may be considering her future on the show following a legal matter with her former management company.

The presenter is reportedly having to pay a hefty commission to the agency, despite being under a new contract.

A source told The Sun Holly had reportedly said she would rather “leave” than give her former management a higher percentage of her earnings.

Express.co.uk contacted representatives for Holly and ITV for comment. 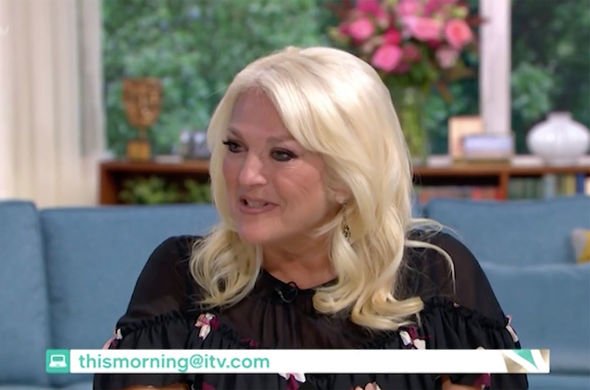 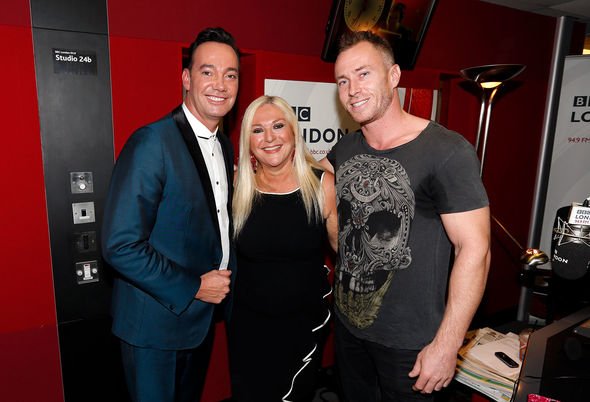 When quizzed if the mother-of-three could be leaving the show, Vanessa said: “I don’t know, I’ve got no idea!”

She went on to discuss working with the pair, who she describes as “horrific gigglers”.

Holly and Phil are no strangers to having a laughing fit on air, which often leaves them struggling to present.

Working with the fun duo, she added: “They’re always on the verge of collapsing into fits of giggles!

“They crack each other up, they crack the crew up.

They’re a pleasure to work with, I really mean it!

“They genuinely absolutely get on with each other and find each other hilarious.

“It just makes you leave the studio feeling cheered up.”

Away from the show, Vanessa also fronts her The Vanessa Feltz Breakfast Show on BBC Radio London.

The presenter is up for the Best Speech Breakfast Show at this year’s ARIAS.

Celebrating the best in audio and radio, there are 25 awards to be won in categories such as Best New Presenter, Best Music Breakfast Show, Best Fictional Storytelling and Best Sports Show.

Other nominees include; Zoe Ball, Clara Amfo and Chris Evans.

Radio Academy members will be able to stream the ARIAS ceremony for free via radioacademy.org.

For more information on how to become a member and the range of benefits available, head to radioacademy.org/membership.