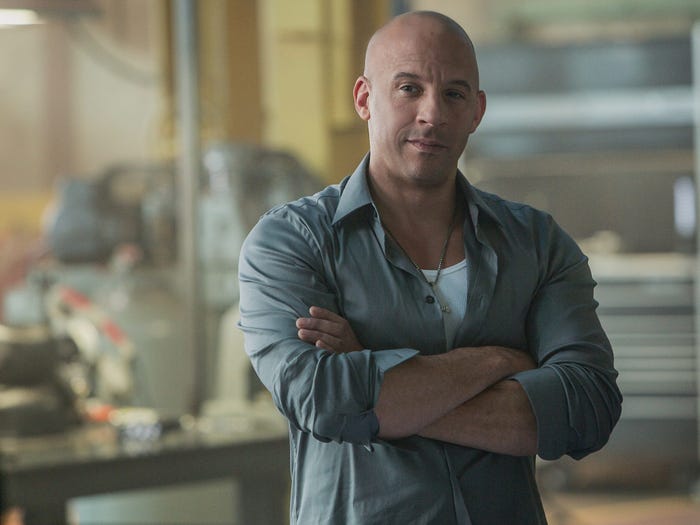 A lot of actors have free time right now, but that hasn't stopped Vin Diesel from staying busy.

The "Fast and Furious" actor has shifted over to one of his biggest passions: music.

Thursday's episode of "The Kelly Clarkson Show" closed with a tease of Diesel's first-ever song "Feel Like I Do." And he's not messing around with the song, as it is produced by one of the top producers working today, Kygo.

"I am so honored to be able to debut my music on your show because since you first won 'Idol' and until today have somehow maintained your authenticity," Diesel said to Clarkson in a taped message of the actor from a recording studio. "I am blessed that on a year that I would normally be on a movie set, as you know that's not possible, I have another creative outlet. Another way to share with you my heart."

And then we were given less than a minute of his song, "Feel Like I Do."

The song has a dance/EDM pop vibe with the actor coming in with a smooth (and highly produced) vocal.

It certainly seemed like Clarkson's audience needed a moment to get into it. The virtual crowd, all on individual screens, swayed along with slightly puzzled looks on their faces.

But superfans of Vin Diesel know that the action hero getting into music was only a matter of time.

He has never been shy to bust out into song. At the 2015 MTV Movie Awards he began singing "See You Again" when giving a shout out to his late "Fast and Furious" franchise costar Paul Walker. His karaoke singing on his social media platforms has also become legendary.

Check out his rendition of Rihanna's "Stay":

Diesel certainly isn't the first actor to move into music.

Most recent examples are Jared Leto, who has found huge success with his band Thirty Seconds to Mars, and Zooey Deschanel is one half of the folk-rock group "She & Him." In the past few decades, everyone from Bruce Willis to Eddie Murphy has dropped albums. We're hoping Diesel's career in music is better than those last two actors.

Here's a tease of Diesel's song "Feel Like I Do":