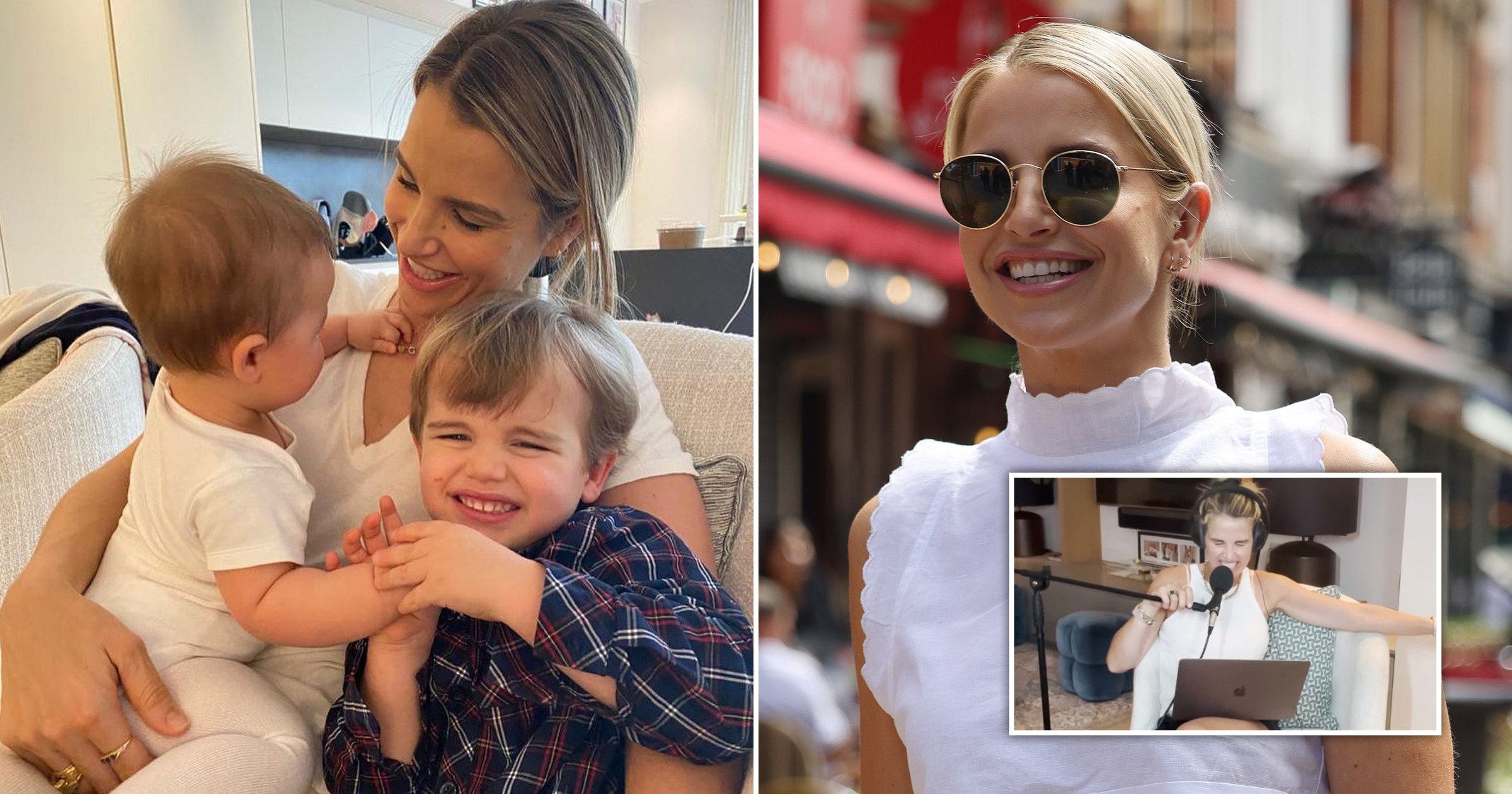 Vogue Williams is raging at a plane passenger who refused to move so she could sit with her family on a flight.

The mother-of-three, who is married to Spencer Matthews, shares a podcast with her husband where they discuss everything about their lives and the goings-on around them.

On the most recent episode of the show, Vogue sounded off about a ‘sh***bag’ the couple met on a trip back from Gibraltar when they were traveling with their newborn baby.

‘This absolute s****bag,’ she began, with Spencer agreeing the passenger was ‘rubbish.’

Vogue explained that she was sitting in an aisle of three and accidentally booked a seat in the wrong aisle, which she said was ‘my mistake.’

She said Spencer and daughter Gigi were sitting in a window seat and middle seat on the row next to Vogue, with another man in the aisle seat.

Spencer asked the passenger: ‘Would you mind doing the window seat instead of aisle so we can all [sit together]?

She said the passenger ‘realised he was being an absolute t*** because he looked at me with a newborn baby and two kids beside me.’

The passenger then reportedly said ‘Okay fine, fine! I’ll do it.’

Vogue went on: ‘And then literally the air hostess came down and I was like “Would you have another aisle seat for this f*****g particular piece of s**** over here?”‘

‘He was awful,’ Spencer said.

Vogue said it is a ‘nightmare’ travelling with children and indicated that if there is ‘any way to help [parents] out,’ people should.

Despite the ‘nightmare’ of travelling with kids, Vogue and Spencer are completely dedicated to their children and recently shared that they were ‘bursting with love’ with the arrival of Otto in April.

Theodore and Gigi were just as smitten as the couple are with their new sibling, with Vogue sharing that he ‘slotted in straight away’ and that the family is ‘obsessed with him’.

‘Theodore and Gigi love playing with each other and I think that Otto’s going to be another little member of their gang. It’s really lovely to see,’ the proud mum told Hello! shortly after his birth.

Vogue announced Otto’s arrival on Instagram by sharing a photo of her new son being embraced by his siblings, with only the tot’s dark hair visible.

‘We are so happy to announce that our beautiful boy arrived safely on Monday evening,’ she wrote next to the photo. ‘Bursting with love he is the perfect addition to our family ❤️’