What to Stream This Weekend for the Perfect Ladies Movie Marathon

With Labor Day having passed and summer in the rear view mirror, ET’s Leanne Aguilera and Ash Crossan are giving you the rom-coms you should watch to ring in the new season.

This week’s episode of Stream Queens is all about the the golden age of rom-coms — the ’90s to the early aughts. Whether you’re in the mood to watch divorcées plotting revenge on their exes, Drew Barrymore falling in love for the first time, Julia Roberts trying to destroy a wedding, or Jennifer Lopez planning a wedding, this decade’s got you covered.

The epic fashions of the moment, the swoon-worthy love interests, and all the unforgettable quips and mishaps are even more reasons to fill your queue with these classics this weekend.

Keep scrolling for your go-to guide of what to stream the weekend of Sept. 11, 2020. 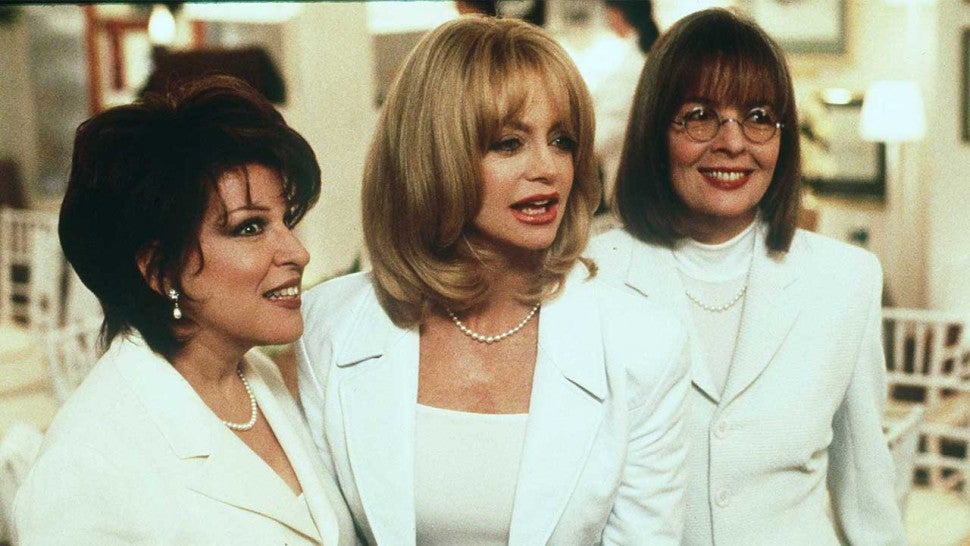 Based on the novel of the same name, Bette Midler, Diane Keaton and Goldie Hawn star in this classic comedy about three divorcées who seek revenge on their ex-husbands for leaving them for younger women. Victor Garber, Sarah Jessica Parker and Marcia Gay Harden also appear in the flick. 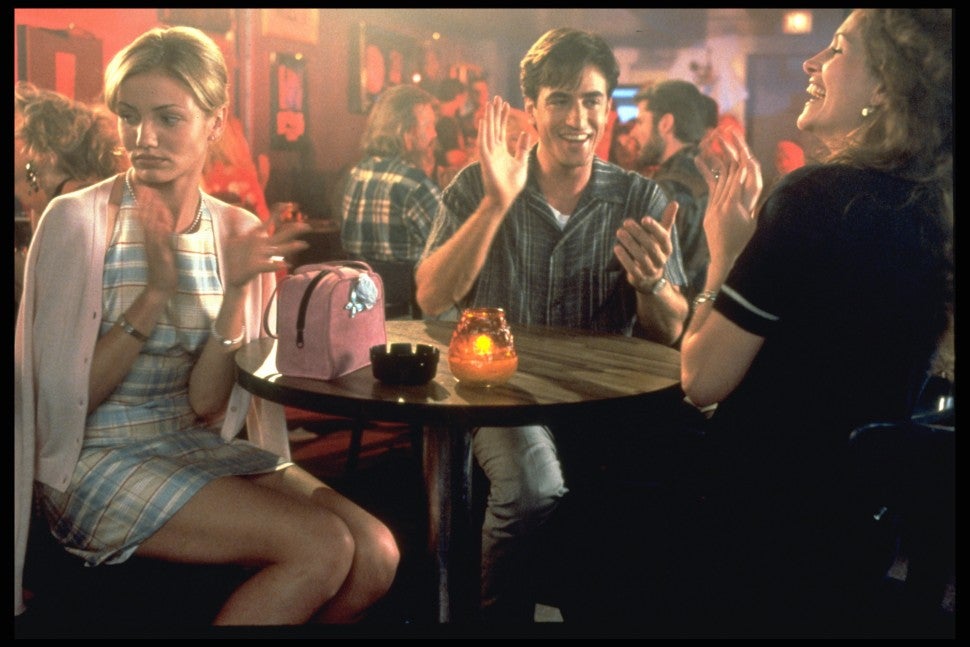 It’s no secret that the ’90s was the best time for rom-coms, and this Julia Roberts-Dermot Mulroney flick is no exception. After Michael (Mulroney) announces he’s tying the knot with Kimmy (Cameron Diaz), his childhood best friend, Julianne (Roberts), tries to put a stop to the nuptials so that she can be with him herself. Things don’t go as planned, though, and wedding-set chaos ensues.

Click here to stream My Best Friend’s Wedding on Hulu. 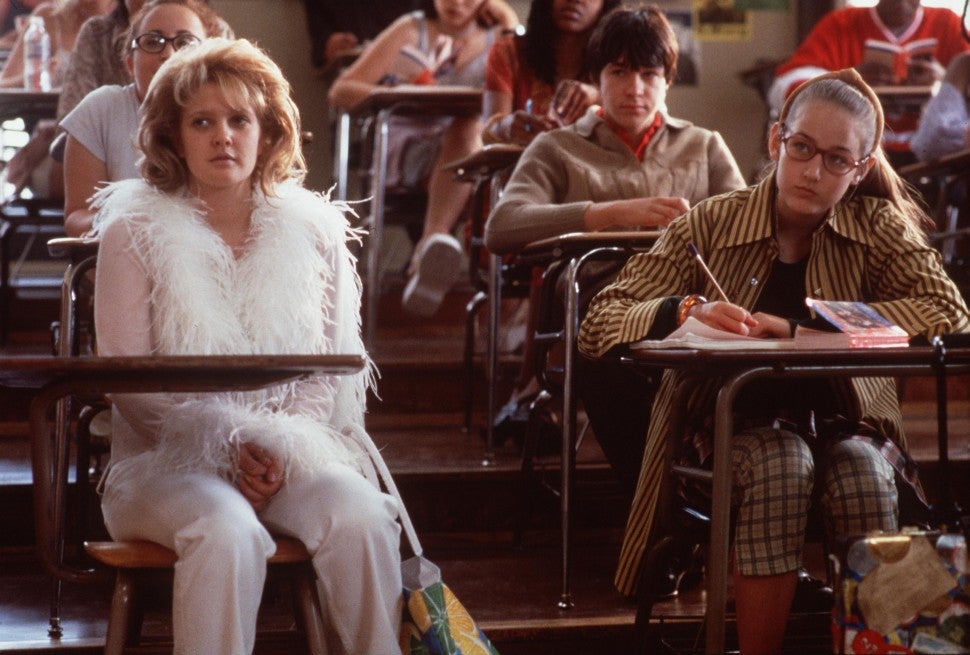 Drew Barrymore and David Arquette star in this classic ’90s rom-com, which follows Josie, an insecure copy editor (Barrymore) who’s tasked with going undercover in a high school for a story. The only problem? Josie’s lack of real-life romantic relationships… and her less-than-ideal high school experience the first time around.

Click here to stream Never Been Kissed on Disney+. 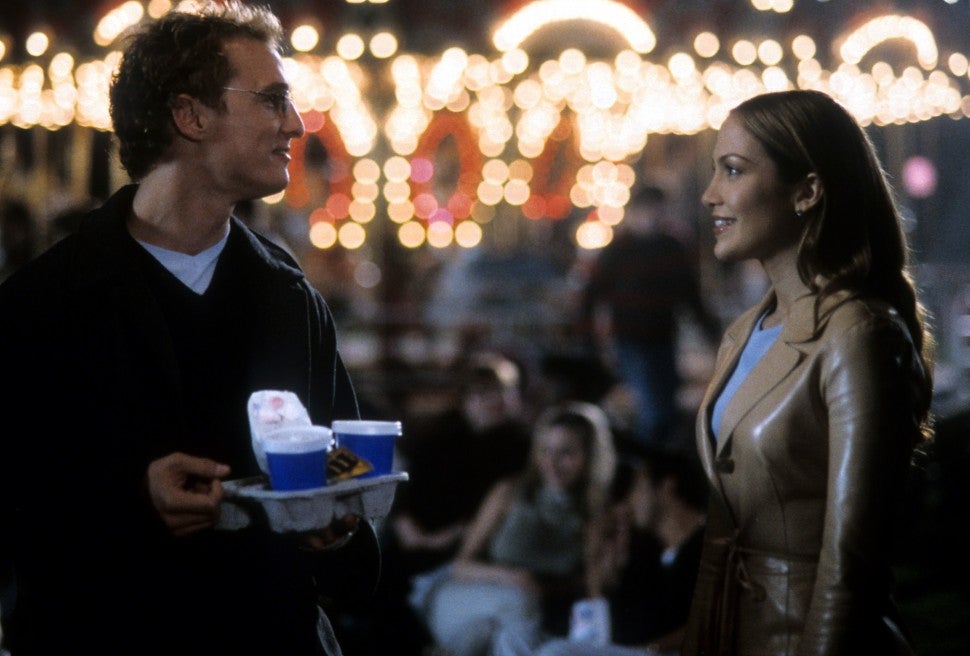 Why We Love It: In Jennifer Lopez’s first major rom-com, she stars as a wedding planner who falls for one of the grooms (Matthew McConaughey) she’s working for. While fans know the flick with Lopez and McConaughey’s performances, stars including Brendan Fraser, Sarah Michelle Gellar, Freddie Prinze Jr., and Jennifer Love Hewitt were first approached to play the leading roles. The final film is a perfect post-’90s rom-com complete with a horseback riding mishap, flirty dance lessons and, of course, a happily ever after.

Click here to stream The Wedding Planner on Hulu.