Home » Celebrities » Who Goes Home On Tayshia’s ‘Bachelorette’ Week 10? We’re Getting To The End

Who Goes Home On Tayshia’s ‘Bachelorette’ Week 10? We’re Getting To The End

Season 16 of The Bachelorette has been anything but ordinary. With some of the most honest conversations ever aired in the franchise and lots of great guys, fans are sad to see Season 16 come to a close. But as Tayshia Adams gets closer to a potential proposal, she’s having to say goodbye to more and more fan faves. So, who goes home on Week 10 of The Bachelorette? Tayshia’s list of suitors is quickly being whittled down as she tries to find ~the one.~

The Dec. 14 episode was part rose ceremony part "Men Tell All," which means there was even more drama and heartbreak than usual. With eight guys left on the show and only four able to go through to hometowns, Tayshia had a lot of really hard decisions that needed to be made really quickly. And unfortunately for the guys, after weeks of not-so-dramatic eliminations, things got messy.

First, Blake finally got his 1-on-1 date with Tayshia, where they went to have their crystals read. After being asked to disrobe (for the millionth time this season) and staring into each other’s eyes/souls, Tayshia got the clarity she needed to end things not only with him, but with another contestant as well. 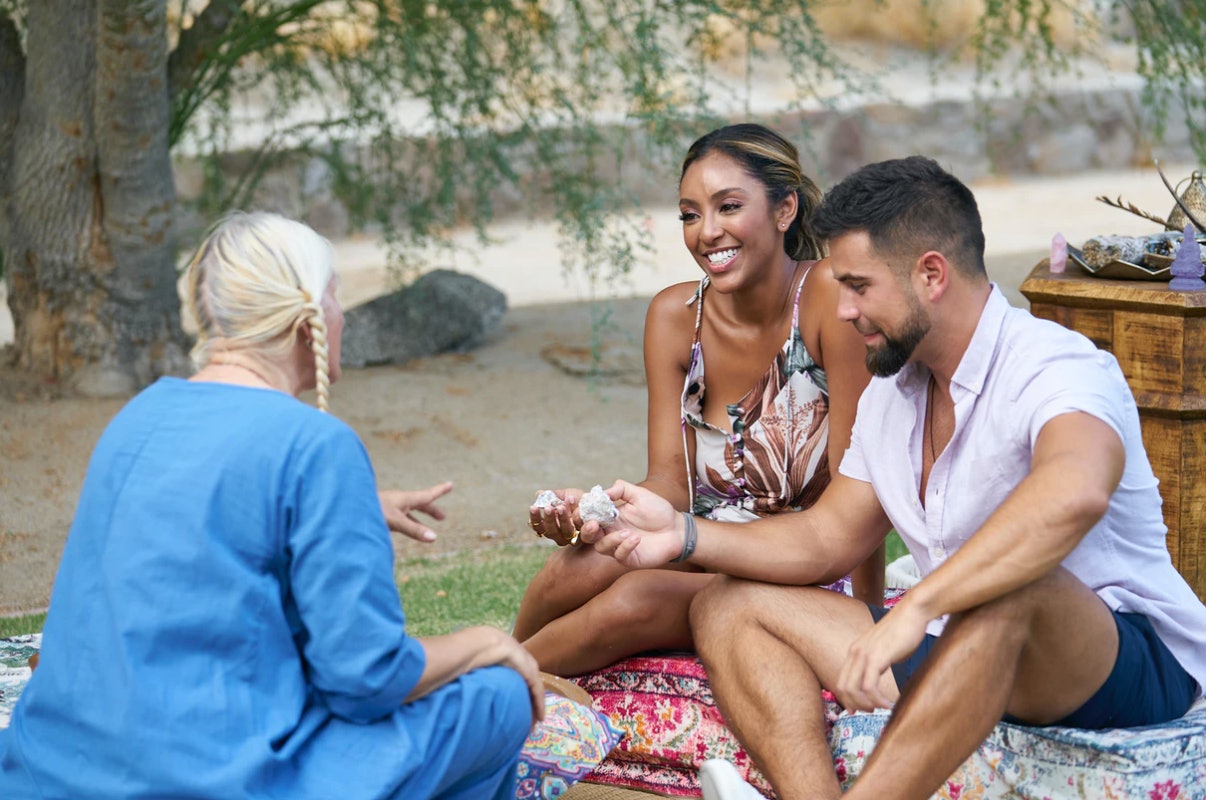 After sending Blake home, she returned to the guys’ quarters and asked to speak with Riley. During their chat, she told him their connection developed too late, and they weren’t in a place where she felt comfortable meeting his family. Even though she was obviously emotional, she sent him home as well.

Heading into the rose ceremony, Brendan, Noah, Ivan, Zac, and Bennett (who was actually eliminated in Week 9 but came back and told Tayshia he loved her) were on the chopping block. Ben, who opened up during his 1-on-1 the previous week, already had a rose and was safe through to hometowns.

Despite everything the pair had fought over, the ceremony ended with both Noah and Bennett both being sent home, leaving Ben, Brendan, Ivan, and Zac to introduce Tayshia to their families. With only three more episodes left for Tayshia to find her dream man, the Bachelorette has some serious work to do before handing out her final rose.