Home » Celebrities » You Can Now Catch the Eternals at Avengers Campus at Disneyland!

You Can Now Catch the Eternals at Avengers Campus at Disneyland!

Marvel’s latest film Eternals just premiered in theaters on Friday (November 5), and there are already characters from the movie in the Disney California Adventure park.

Find out who you can meet inside…

Guests at Avengers Campus will now get the chance to have a heroic encounter with Kingo, Sersi or Phastos.

“Avengers Campus attracts heroes from across the universe, even those who have been living on Earth in secret for thousands of years,” Disneyland shared. 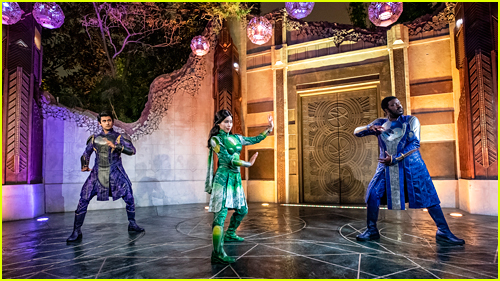 In the movie, Kingo is portrayed by Kumail Nanjiani, Sersi is played by Gemma Chan, and Phastos is played by Brian Tyree Henry.

It was recently announced that the WEB SLINGERS: A Spider-Man Adventure ride will now have a standby line, meaning you won’t need to wait in a virtual queue like you had to do before.

If you missed it, find out how this surprise pop star was cast in Marvel’s Eternals.

Get your fix of Disneyland news right here!