Home » Celebrities » Zynga is acquiring advertising firm Chartboost. Experts say these 6 other companies could be acquired next as Apple's new privacy changes sweep a wave of mobile consolidation.

Zynga is acquiring advertising firm Chartboost. Experts say these 6 other companies could be acquired next as Apple's new privacy changes sweep a wave of mobile consolidation.

The mobile app and gaming space is red-hot with acquisitions and deals, sparking a whirl of chatter about the companies that could be acquired next.

Apple’s privacy changes, which rolled out on April 26, are expected to significantly limit how mobile ads are targeted and measured, which has led to a rush in deals in recent months as companies seek to build out their own mobile advertising and measurement capabilities in-house. The resurgence in adtech stocks, an uptick in M&A, and growth in time spent with phones and gaming apps during the pandemic are also prompting the flurry.

“There’s a general frothiness related to privacy and covid,” said Eric Seufert, an analyst and author of Mobile Dev Memo.

On May 5, mobile game giant Zynga said that it plans to acquire advertising firm Chartboost for $250 million in cash. The deal is expected to close during the third-quarter and will give Zynga access to Chartboost’s technology that helps app publishers create ad auctions where advertisers bid on prices to win ad slots. Chartboost’s tools also help advertisers target specific audiences across apps. Chartboost competes with the likes of Google, AdColony, and Unity Ads and had raised $21 million from investors including Sequoia Capital and TransLink Capital.

Mobile gaming giant AppLovin went public in April, raising $2 billion in an initial public offering that valued the company at $28.6 billion. AppLovin also recently acquired mobile measurement firm Adjust for a reported $1 billion. Elsewhere, mobile ad firm IronSource plans to go public via a SPAC that is valued at $11.1 billion. And Blackstone-backed Vungle bought GameRefinery and Algolift within six months of each other.

Publicly traded mobile media company Digital Turbine has been on an acquisition spree this year — acquiring mobile ad firms AdColony, Triapodi, and Fyber between February and March. Digital Turbine works with mobile carriers to pre-install apps on phones and sells ads within some of the apps.

“There are a handful of companies that have started to develop their own ecosystems — I would argue that Digital Turbine is one of them,” said Matt Tubergen, executive vice president of corporate development at Digital Turbine. “We saw a big opportunity to do an ecosystem play similar to that of Apple and Google but around carriers.”

Companies are also likely to rush deals through ahead of Apple’s rolling out its App Tracking Transparency (or ATT) feature, Seufert said. He said he expects for the valuations of some mobile companies to get cut by 25% once Apple’s feature is rolled out. Apple’s privacy update is expected to come into effect any time in the coming days and weeks.

Insider spoke with nine investors, executives, and experts to identify mobile advertising and analytics companies could be acquisition targets. The group of six companies, listed below in alphabetical order, is speculative and not all of these companies are discussing deals.

Where we can, we have noted each company’s funding to date.

Chartboost was originally listed in this post as one of the mobile advertising companies likely to be acquired next and has now been removed. 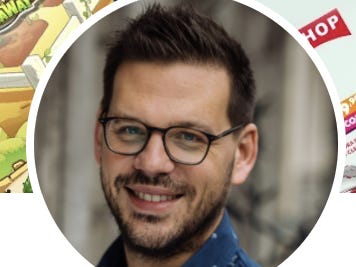 Total funding: $14.2 million, according to Crunchbase

Adikteev is a French startup that focuses on retargeting — a technique where advertisers direct ads at people who have already visited their website or viewed their products. The company also helps publishers keep people using their apps and reduce churn, two of the biggest problems for mobile developers.

Publishers use Adikteev’s tech to buy ads that target people who have left an app encouraging them to re-open an app and track metrics like the lifetime value of a user. Its clients include Amazon, TikTok, and Yelp.

Andrew Daniel, managing director at investment firm Digital Capital Advisors, signaled out Adikteev as a retargeting company that could be acquired. He said that Apple’s changes will make retargeting harder, leading to a wave of consolidation that will limit the number of retargeting companies to a handful of firms.

Adikteev CEO Xavier Mariani said that the firm has been approached by a couple of buyers in recent months but is not looking for an acquirer.

In a post IDFA world, user retention is more strategic than ever, and the industry will look for solutions that will help be smarter in user acquisition [and] retain audiences among titles,” he said. 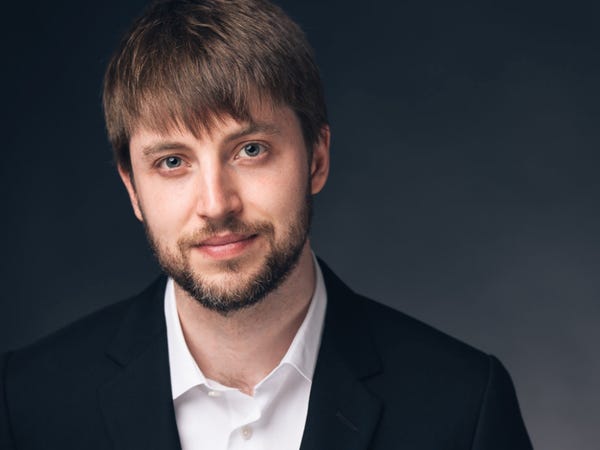 Total funding: $175 million, according to Crunchbase

Braze is one of a handful of big mobile marketing firms that sells software that organizes first-party data so that advertisers can coordinate and plan personalized mobile messages across apps, text messaging, and mobile messaging. Braze’s revenue comes from subscriptions. Its subscription revenue increased 60% year-over-year during the first nine months of 2020, according to the company. In 2019, Braze hit more than $100 million in revenue.

Braze competes with large marketing tech firms like Adobe and Salesforce and has data-sharing and marketing automation deals with cloud giants Snowflake and Amazon Web Services.

“Folks like Braze are leaning towards an omnichannel solution because [people aren’t] just using phones to make transactions — being able to coordinate and automate messages in a timely fashion is the big opportunity for brands today,” he said. 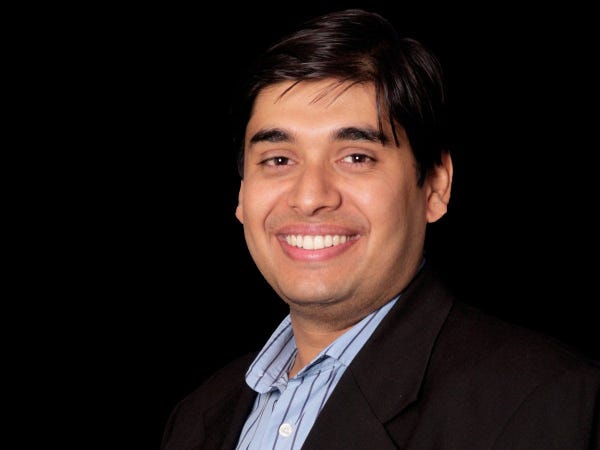 Total funding: $320.6 million, according to Crunchbase

InMobi is one of a few longtime mobile ad networks. It helps publishers sell ads on sites and apps, particularly mobile games, and it has more recently moved into video streaming. The company also sells a demand-side platform that advertisers use to buy mobile ads and a marketing cloud aimed at helping marketers analyze insights for campaigns.

The firm is India’s first unicorn company backed by venture capital and is reportedly also eyeing an IPO that could value the firm at $15 billion, Bloomberg reported.

Progress Partners’ Coon, said that while InMobi is rumored to go public, the firm is also an acquisition target itself because of its global business.

“They are at a large-enough scale that they could easily be a successful, publicly traded company but they’re also a very attractive acquisition target as the dominant ad platform in APAC,” Coon said. 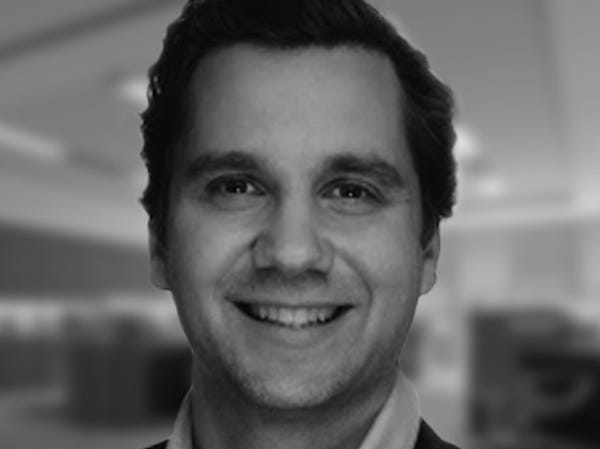 Kargo is an 18-year-old mobile ad network that sells custom-designed mobile ads for publishers like The Hollywood Reporter and Food Network. In recent years, the firm has moved into programmatic advertising. It has not raised any money and acquired social adtech firm Rhombus last year.

Matt Barash, SVP of global publishing and platform partnerships at Zeotap and a former exec at AdColony, speculated that Apple’s changes could make Kargo an attractive acquisition target as marketers put more of a focus on testing messages that resonate with people.

Chris Cunningham, an investor and founder of C2 Ventures, said that Kargo’s scale and lack of funding makes it an attractive acquisition target.

“They’re one of the few remaining independent, scaled businesses,” he said.

“Kargo has been focused on the intersection of creative and premium content to drive results for clients,” he said. “With the decline of cookies and user-level targeting, we are seeing an urgency from brands to transition to this approach to advertising.” 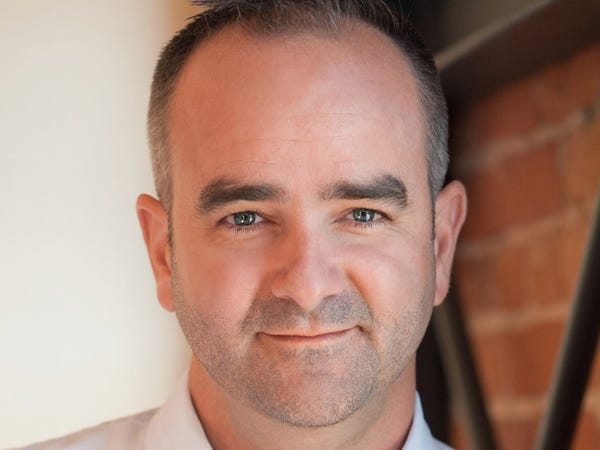 Kochava is a 10-year-old mobile measurement firm that originally specialized in measuring Facebook ads but has since expanded to measuring a wider swath of in-app ads.

The firm, which has not raised any money, helps advertisers measure metrics that track if someone bought a product after seeing an ad for it in apps, websites, and streaming TV platforms. Kochava also sells identity and consent management products that help marketers pull together mobile data or plug web links into ads that drive people to specific pages to buy products.

The firm also has a growth arm that helps advertisers keep people in apps and reduce churn. Kochava has acquired a few adtech companies, including buying data firm Thalamus, which helps advertisers and publishers match data.

Seufert said that Kochava is one of a handful of mobile ad firms that could be targets because of its access to granular measurements that will get harder for marketers to access with Apple’s changes.

But he said that CEO Charles Manning’s ownership of the company means that Kochava may not be looking for buyers.

Manning agreed that his backing of the firm means that Kochava isn’t rushed for an acquisition.

“As a bootstrapped company, Kochava has flown under the radar of many corp dev teams who rely on venture published metrics — that doesn’t appear to the the case any longer,” Manning said. “Being forced to sell because of a financial partner is not part of our operating framework.” 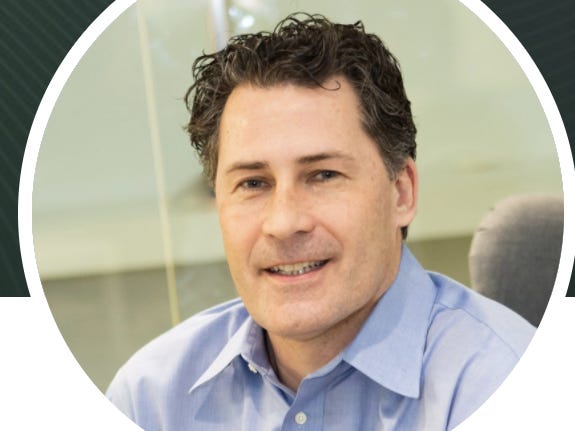 Total funding: $85.6 million, according to Crunchbase

Tapjoy was founded in 2007 and has long focused on powering ads within popular mobile games, created by developers like HeroCraft. Tapjoy’s formats include full-page interstitial ads and native ads that offer in-game rewards to users who interact with the ads.

Several sources noted Tapjoy as a acquisition target for competing mobile gaming companies that are making big acquisitions, such as AppLovin or Vungle.

Digital Capital Advisors’ Daniel noted that Tapjoy is smaller than its competitors and has gone through a restructuring aimed at growth.

“The recent announcements give strong validation on the importance of software for monetization, user acquisition and analytics to help app developers realize growth,” he said. “That’s been Tapjoy’s core focus for over a decade, and our approach has paid off: just last quarter we surpassed nearly 1.5 billion monthly active users.”