Home » Lifestyle » 13 Essential Reads to Learn About Systemic Racism and Injustice, According to Black Women

13 Essential Reads to Learn About Systemic Racism and Injustice, According to Black Women

The world is at its knees. In the wake of the senseless killings of Ahmaud Arbery, Breonna Taylor, Tony McDade, and George Floyd, protestors are demanding justice for Black people who endure systemic racism and police brutality on a daily basis. Global citizens near and far are demonstrating, donating, and educating themselves and others on how to enact real, longterm change, in a nation tainted by a grim history of violence, oppression, and disenfranchisement.

Aside from taking to the streets and opening your wallet, arming yourself with knowledge about America's disturbing past and the unique and painful Black experience is key to making a difference. But rather than turning to Black friends and peers to do the educational work for you, allies can look to books about racism to contextualize the overlooked realities of racist structures that permeate institutions in modern American society.

So, as you clear off space on your bookshelf, these renowned literary works recommended by Black women can help you wake up along with the rest of the world. We went to Black writers, entrepreneurs, and academics for recommendations on must-read antiracism books, from staples in social justice academia to literature by today's leading Black feminist authors. Ahead, 13 books about racism, available for purchase at Black-owned bookstores across the nation.

We Want to Do More Than Survive: Abolitionist Teaching and the Pursuit of Educational Freedom 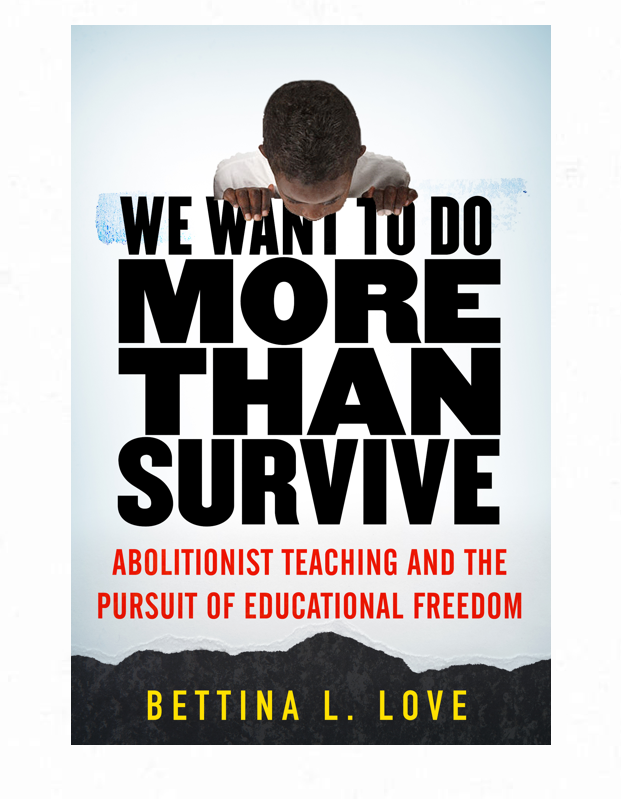 The revolution is being televised. Start here if you are ready to do the work of personal revolution. Love debunks ideas rooted in language of the oppressor such as “allies” and replaces it with terms such as “co-conspirators.” She pushes us to shift our the mindset from “self-glorifying” allyship that centers whiteness within the struggle towards true solidarity that understands we all play a role in collective freedom. —Valencia D. Clay, educator, doctoral student at Johns Hopkins University, and author of "Soundless Cries Don’t Lead to Healing: A Critical Thinking Guide to Cultural Consciousness" 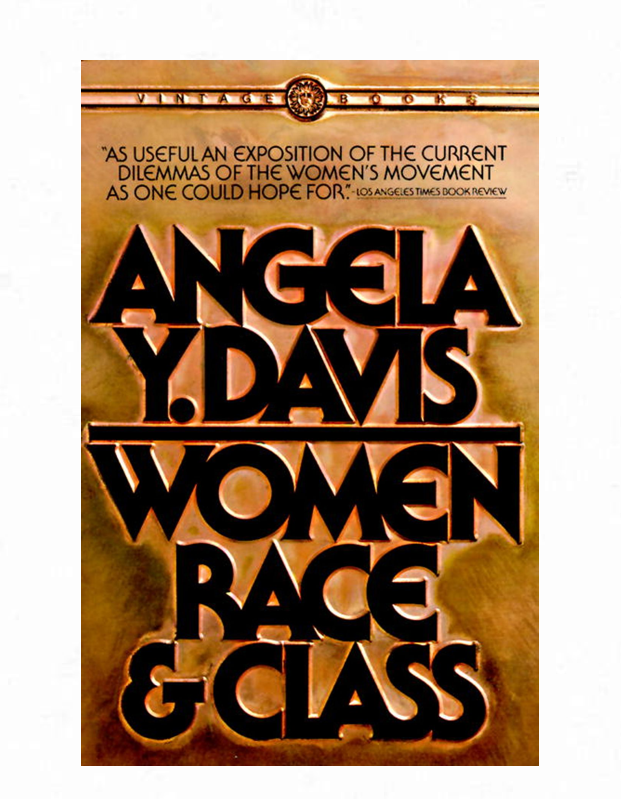 This must be on every list of any person considering healing into an anti-racist, daily, lived practice. In this book, Angela Davis gives a thorough lesson on the Women's Liberation Movements in the U.S. throughout history. I recommend people begin their journey into understanding race and having an anti-racist ethic with an intersectional foundation. Women, Race, & Class breaks down, with details and specifics, the ways that classism, racism, and gender have impacted every movement for liberation and gender equality from the time of Women's Suffrage and Abolitionist Movements to today's movements for justice and equality. We can not do genuine justice work without this framework and Angela Davis is one of the most consistent abolitionist voices that we have to look to for the way to freedom, in this lifetime. —EbonyJanice Moore, cultural anthropologist and founder of Black Girl Mixtape

Hood Feminism: Notes From the Women That a Movement Forgot 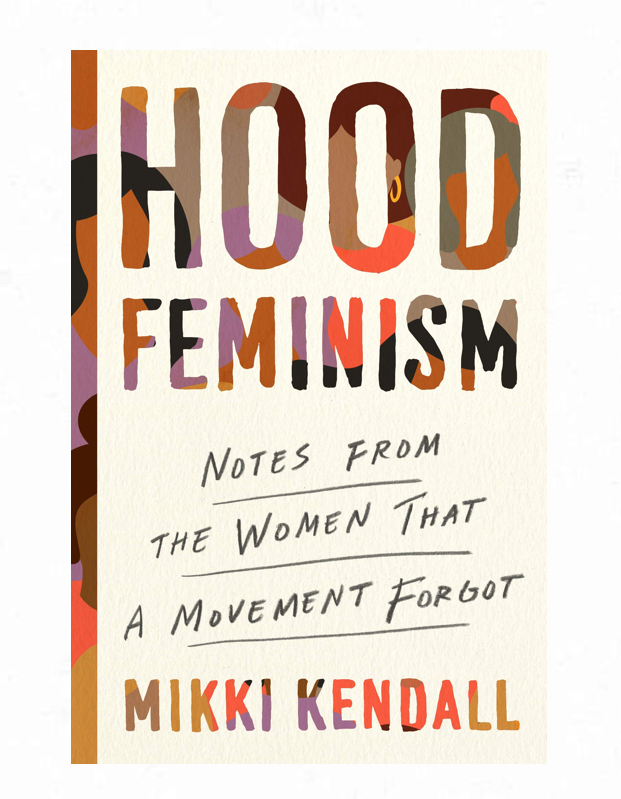 This book champions a feminism that considers (and even centers) the people and topics that we don't often think of as feminist. It highlights the systemic intricacies that work against poor people, black people, women, queer folks, domestic violence survivors, and others who are marginalized within already marginalized communities, and who get no love in radical change movements. She connects the systemic dots between gun violence, education, reproductive justice, and the patriarchy. This book is especially useful at a time when we're going through several global crises and people in positions of power and privilege are blind to everything below their race and class strata, but would like to help. —Gizelle Fletcher, founder of For Colored Girls Book Club

Unapologetic: A Black, Queer, and Feminist Mandate for Radical Movements

By Charlene A. Carruthers 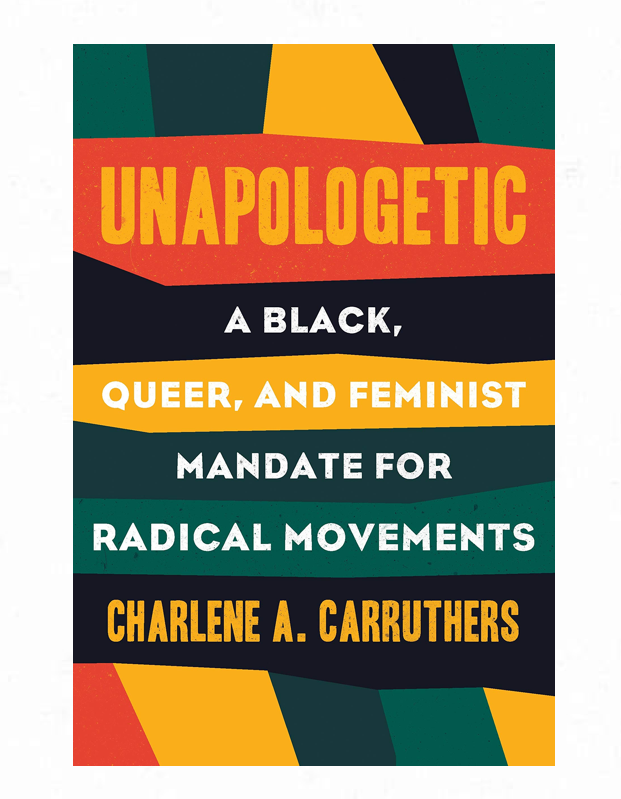 There are many young radical thinkers and leaders that I take my cues from, and Charlene Carruthers is one of them. Simply put, she is doing the work. As a Black lesbian feminist and the founding national director of the Black Youth Project 100, she is an activist and organizer at the forefront of today’s liberation movement, and in this book, her voice and her story are a clarion call for the power of collective thinking, radical imagining, and community building. Real change starts small, from individual to individual, and grows exponentially as we learn and work together. This book can serve as either an entry point or familiar touchstone; regardless of experience level, Unapologetic is an invaluable North Star and resource for anyone committed to helping create a better, brighter world. —Carla Bruce-Eddings, Senior Publicist at Catapult, Counterpoint Press, and Soft Skull Press, and freelance writer

This is a guidebook for radical social justice movements (as the title suggests). Using personal and historical organizing efforts, Charlene Carruthers challenges readers, including would-be and active activists, to be more radical in their understanding of race, class, gender, and sexuality when agitating for our collective liberation. I love this book because of how unapologetically it confronts patriarchy and other beliefs and practices that holds us back from doing truly, deeply liberatory work. —G.F.

The New Jim Crow: Mass Incarceration in the Age of Colorblindness 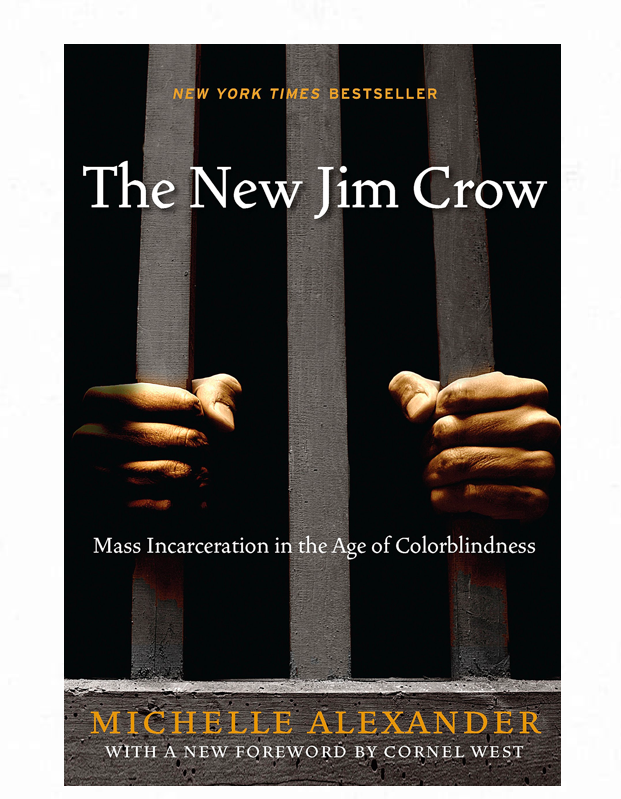 This book addresses the crisis of mass incarceration in what was formally thought to be a post-racial America. Michelle Alexander takes a deep dive to raise awareness of the disparities in this country regarding the criminalization of Black people. This book is a primary tool in showing the “systemic” racism people fighting for justice often mention. My hope is that white audiences read this and no longer exclaim, “but I’m not racist” or “my grandparents didn’t own slaves”. It doesn’t matter if your family didn’t own slaves, racism is an institution. An institution handing out benefits to white people whether they themselves are racist or not. Institutions and systems must be dismantled. In order to dismantle or break down a system you must first understand how it was built. —Shannon Bland, founder of Black Librarians

When Chickenheads Come Home to Roost: A Hip Hop Feminist Breaks It Down 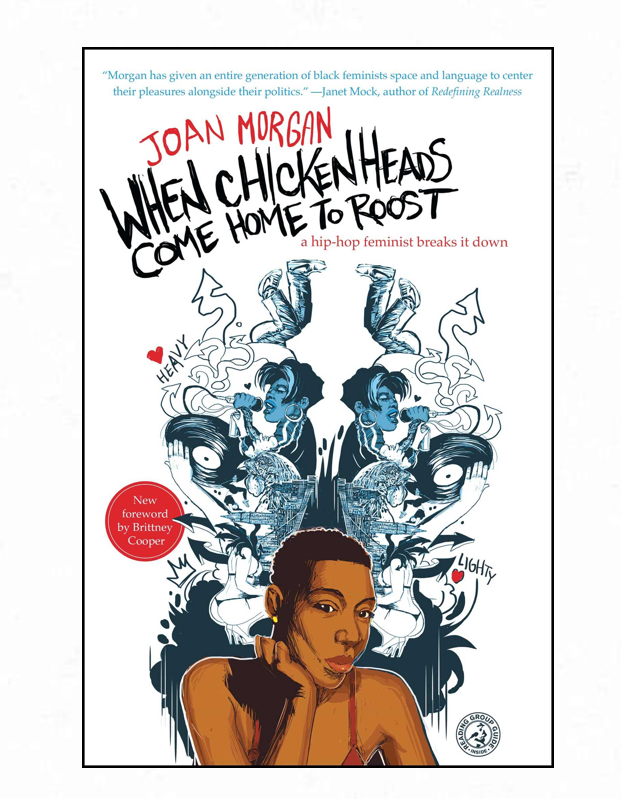 This was one of the first times I ever read a book that offered critical language for my personal experience growing up as a millennial Black woman, being both impacted by hip hop culture and the social inequalities around me that forced me to figure out how to exist, wholly, inside my gender and my race with a culturally relevant and appropriate framework that could reconcile both. Of the importance of hip hop feminism as a praxis, Joan Morgan writes, "White women don't call their men 'brothers' and that made their struggle enviably simpler than mine." This book feels important for some introduction to the ways the cultural contribution of hip hop has played a role in how Blackness and Black womanness is experienced or perceived in this society, from the perspective of a hip hop feminist. It seems irresponsible to think about race, or blackness specifically, or gender or Black womanness specifically in this time without consulting the work and words of Black women, and without considering hip hop's profound influence on the ways Black people are perceived and experienced around the world. —E.M.

$16 at Semicolon Bookstore and Gallery 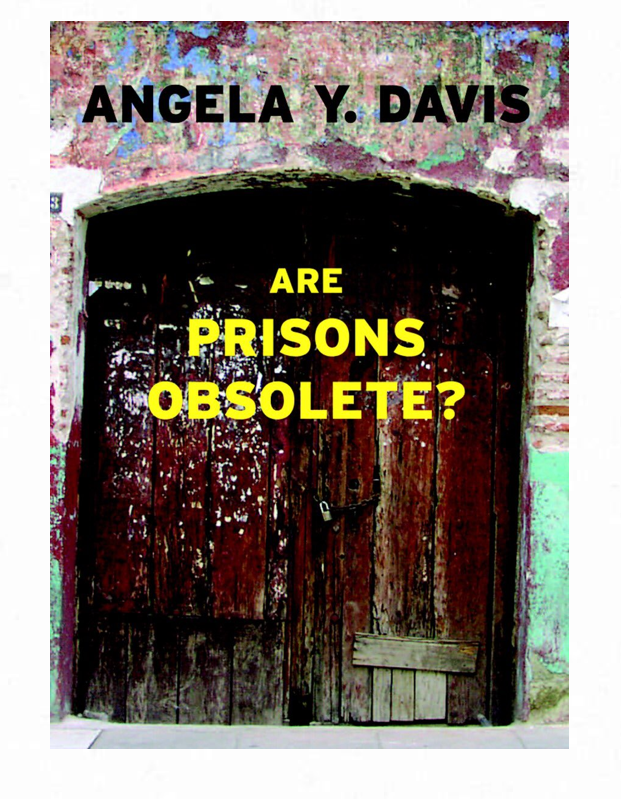 This book is a resource for anyone who is struggling with the idea of a world where conflict, harm, and violence are confronted without prisons and policing. In just about 120 pages, Dr. Davis makes a compelling argument while providing real alternatives to the prison industrial complex. I go to this book for the fundamentals and to help expand my personal commitment to prison abolition. —Charlene A. Carruthers, community organizer and author of "Unapologetic: A Black, Queer and Feminist Mandate for Radical Movements"

$19 at Semicolon Bookstore and Gallery 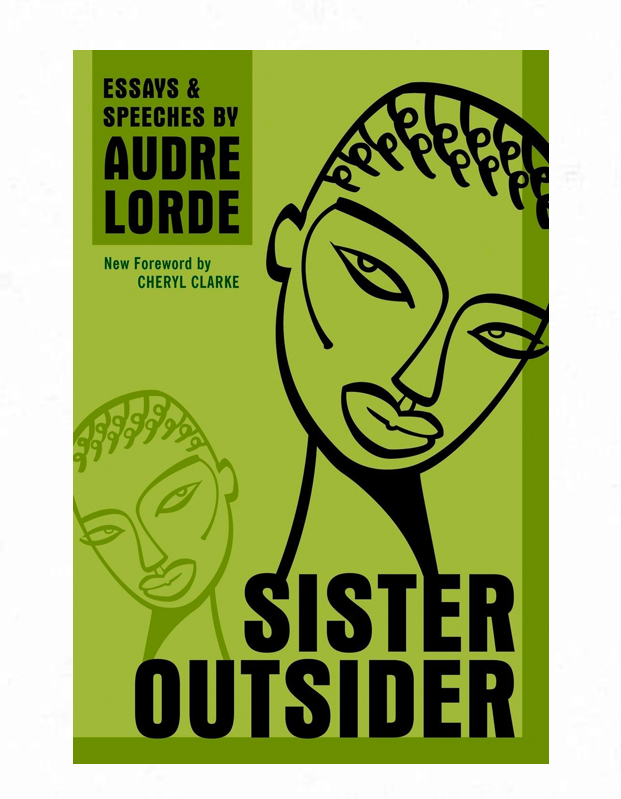 For opening your eyes, your heart, your mind, for actually waking up, Sister Outsider is an essential, living text. In these speeches and essays, Audre Lorde breaks down the ills of human society—racism, sexism, homophobia, classism, ageism—to their most clear and common denominators. And she proposes the curative: It is our differences that strengthen us and ultimately lead us to liberation, she argues, a seductive notion for anyone who is engaged in unlearning all manner of prejudice, but one that requires a level of deep and difficult introspective work. This book is a blueprint, and made to be heavily annotated, reread, and discussed as you break down and rebuild. —C.B.

How Not to Get Shot: And Other Advice From White People 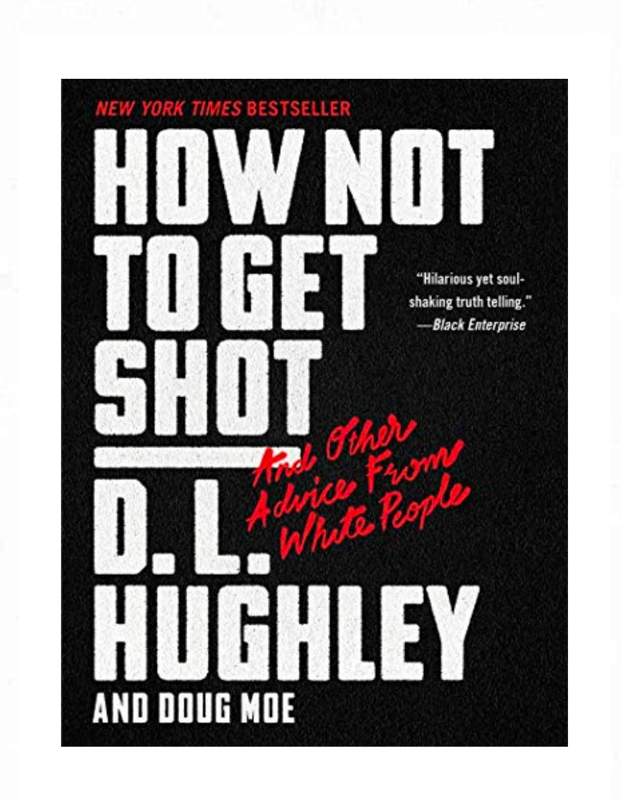 White folks love telling Black people how they should act. This book breaks down all those unwarranted pieces of advice from white folks that still get Black folks shot or otherwise on the receiving end of racism regardless. How Not to Get Shot includes gems like how to comply with police, how to dress, what hairstyles to wear, and how to speak. The book also addresses the “Exhibit A” of white people, and black-on-black crime. I recommend this as a read, but also as an audiobook. With Hughley as narrator, it’s pretty much a three-hour set. My hope is that white audiences would read and then reflect on their own participation in the policing of the behavior of Black people. —S.B.

$26 at Uncle Bobbie's Coffee and Books 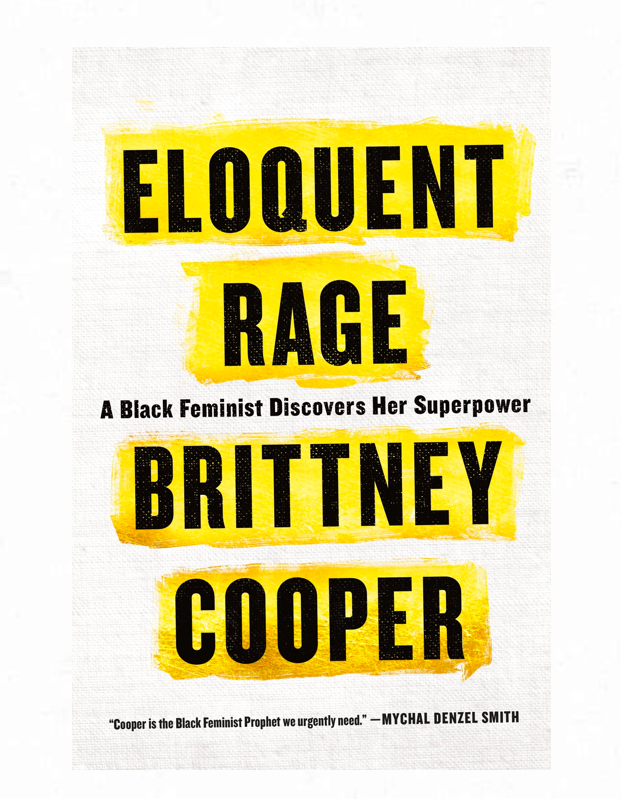 This is the kind of introduction to race and gender that will have you stopping every other page because you feel like the mind-blown emoji. The way Dr. Brittney Cooper takes us, from chapter to chapter, on a journey towards her understanding of herself as a feminist experiencing "rage" as a necessary tool that Black women must be given permission to access, and that white people must not attempt to weaponize, honestly gave me language that I did not previously have for expressing my own experience with the ways my race and my gender are often held against me. Anyone thinking of developing a critical understanding of the intersection of race and gender would be well served to begin here. —E.M. 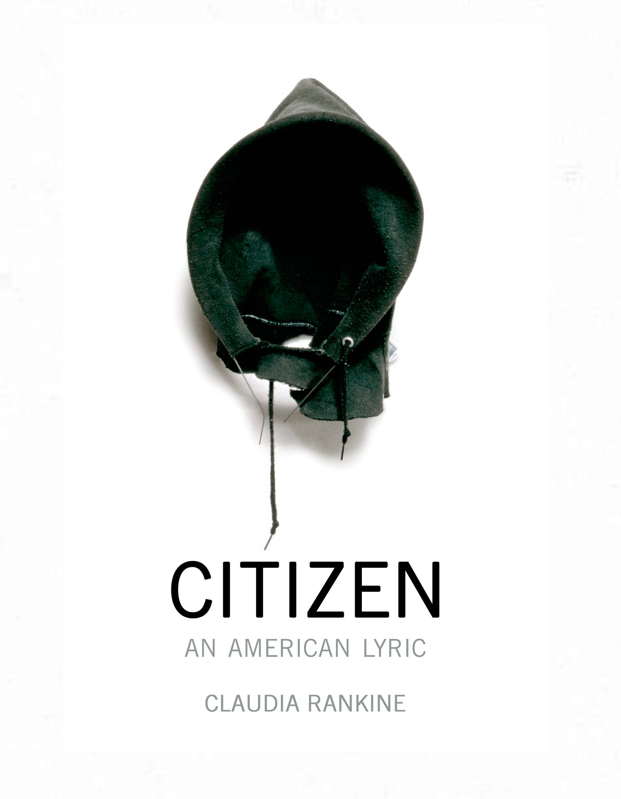 I have to begin with poetry. There is no getting free without poetry. Citizen is, simply put, a part of the canon: It is a stark and blistering distillation of Black life in America. This book is gorgeously, viciously layered: Claudia Rankine exposes the rot at the heart of this country by holding up a mirror to some of its most renowned and infamous artists and historical moments. Depending on how and when you pick it up, this collection is an indictment or a dirge, an expose or microscope. Or perhaps, more accurately, it is all of those things. And it is always, always a lifeline. —C.B.

I'm Still Here: Black Dignity in a World Made for Whiteness 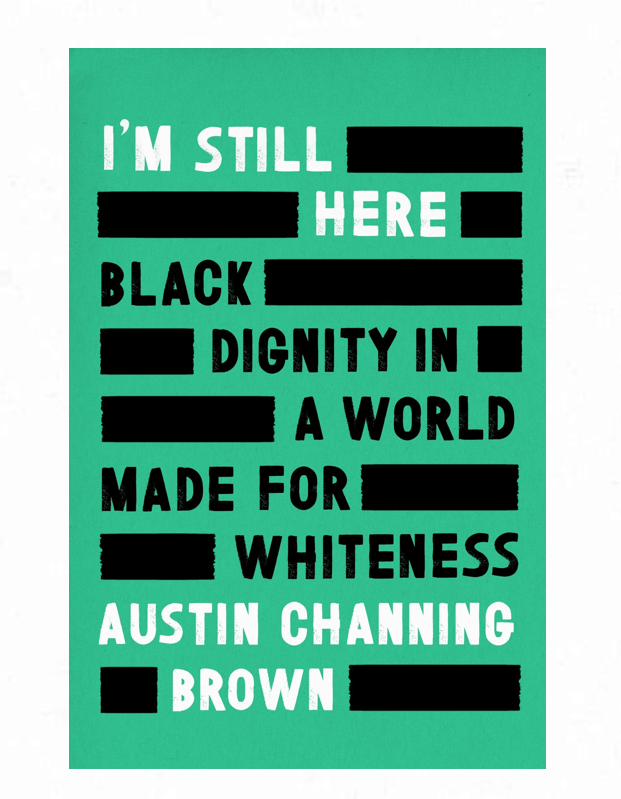 This is an essential introduction to a discussion on race because the author, Austin Channing Brown, does not code-switch or walk on eggshells to make people who hold white privilege comfortable as she shares many of her personal experiences with the lifetime revelation of blackness and anti-blackness. I am especially partial to this work, as a spiritual leader, because Austin addresses white evangelical Christianity head-on. In a white supremacist, Christo-centric society, it will be impossible for us to dismantle racism or white supremacy without talking about the construction of Western White Theology and the ways it upholds racism and perpetuates violence. —E.M. 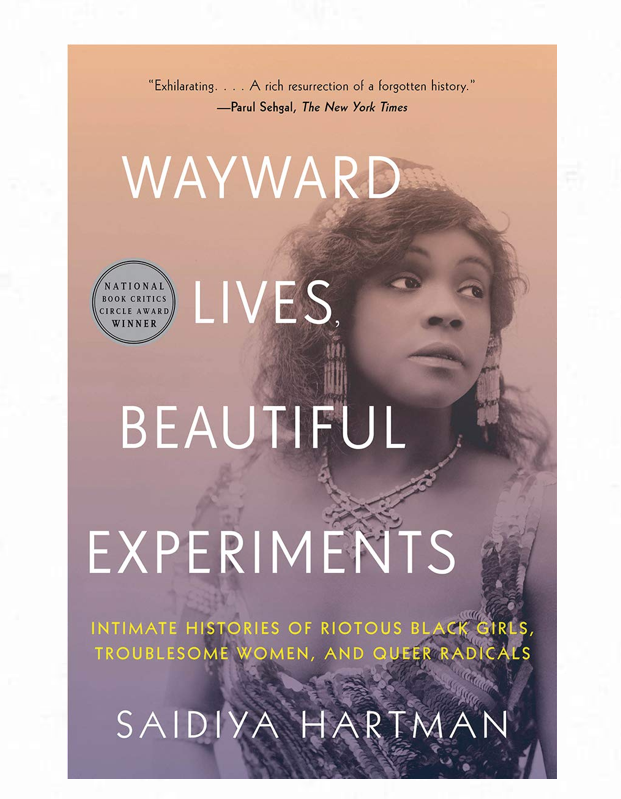 This book is a masterpiece that upends what is popularly understood about Black people, women and girls at the turn of the 20th century. Hartman centers Black women, girls, and queer folks in the story about anarchy, sexual liberation and workers rights. I simply did not want to finish this book; it was superbly written and including arresting photos of our people throughout. —C.C.

$18 at Uncle Bobbie's Coffee and Books