Last October, Jerod Shelby, founder and owner of SSC North America (formerly Shelby SuperCars), took a 1750-hp Tuatara hypercar to the Nevada desert and claimed a production-car record with a 316.11-mph average speed. Then the internet went to work, digging into the runs and digging up inconsistencies in the measuring and monitoring of the car’s performance. Whether the Nevada attempt was sloppy or underhanded remains debatable, but the results didn’t stand up to scrutiny.

Setting up in Florida at the Johnny Bohmer Proving Grounds at the Kennedy Space Center on January 17 to take another run at a record held by the Koenigsegg Agera RS since 2017, Shelby and SSC brought along plenty of backup.

“We had Racelogic there with their VBOX equipment, we had Life Racing, we had Garmin, and we had IMRA, which is the International Mile Racing [Association],” Shelby said. “We used equipment from all four groups and had staff there from three of those groups. But when it came down to it, it seems that everyone in the car community looks at Racelogic and VBOX as the most respected measurement tool, so they had multiple redundant systems in the car, and they had a gentleman named Jim Lau, their American representative, present for all the tests.”

Lau sent us a signed certification of the results, vouching for the fact that the Tuatara hit 279.7 mph on its northbound run and 286.1 mph on its southbound run, that both runs were completed within an hour of each other, and that the average of the two runs was 282.9 mph, good enough to break the prior record of 277.87 mph (average run) and the prior single-run record of 285 mph.

SSC provided us with all of this data for analysis.

During the October attempt, Shelby and his team—including winning race-car driver Oliver Webb and designer Jason Castriota—celebrated in front of banners declaring “Life Begins at 300,” as in, mph—but the car didn’t even approach the magic number this time. Asked why, Shelby explained that this run differed from the prior attempt in numerous ways.

“We had only 2.3 miles for the acceleration zone,” Shelby said of the NASA runway, comparing it to the six or seven miles of paved public road in the Nevada desert. “And we only have 0.7 mile to slow down. So, when you’re at 287 mph, you really have to be on the brakes at the braking zone,” lest you run out of runway.

Shelby said they also limited the top-end power of the car on the first run because of a third factor. After getting behind the wheel of the Tuatara in Nevada, Webb said, “I hope to never do that again. I actually don’t think anyone is crazy enough to attempt it anytime soon. I think it’s unwise to even try.” 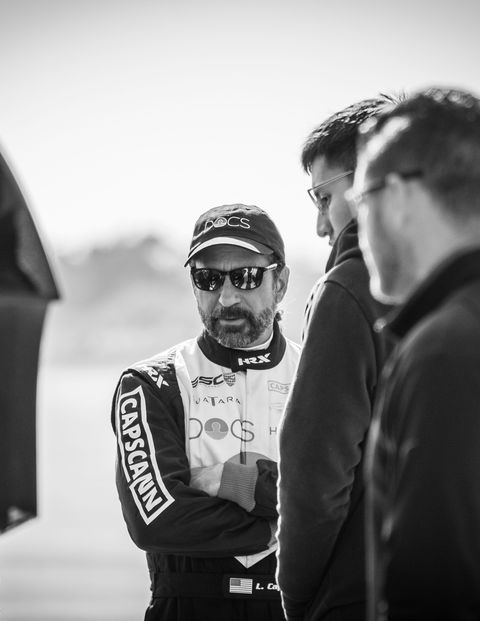 So the decision was made to allow an inexperienced driver—the owner of the test car, SSC customer Larry Caplin—to pilot the vehicle on this latest attempt. Shelby said that aside from practice runs over the past few months, Caplin didn’t have much seat time in any car above 200 mph. They wanted to help him acclimate.

“We were still down about 300 horsepower when we did the first of the two record passes,” Shelby said. (It is worth noting that the Tuatara only makes 1750 horsepower on E85; on 91-octane, the twin-turbo 5.9-liter V-8 makes 1350 horsepower.)

The car’s gearing was changed from the prior runs as well, to accommodate for the limited acceleration distance. “When we were going to a shorter runway, and running in, like, a drag-race mode, with full throttle full boost for 40 to 50 seconds instead of bringing the car up slowly to 200 mph nice and easy and then at 200 mph, full throttle, full boost for 20 to 30 seconds, we wanted to make sure we could use all seven gears and keep the gearing closer together,” Shelby explained. “So we went with a lower gearbox ratio setup.”

SSC provided us with these ratios for analysis.

Despite repeated requests for an explanation of what went wrong in October, what the results were of SSC’s internal analysis, or how improbable it was that the errors that occurred were simply an “oopsie,” Shelby would not cop to any wrongdoing. “All I can say is, there were multiple things that didn’t line up, and in the heat of the day, with a large film crew there, and all kinds of people around,” he said. “And we’re trying to make sense out of the data, things weren’t adding up to us, and we couldn’t make sense of it. We could not come up with clear-cut answers of exactly what went wrong.” 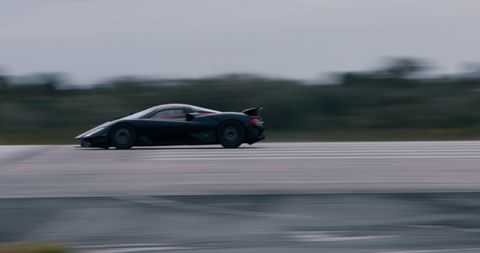 That’s less than a mea culpa, and it may not be enough to slake the thirst of the internet audience that challenged the validity of SSC’s earlier runs. Shelby claimed that they didn’t record any data in the October run, which is suspicious.

“Really, all this is just a progress report on the status of our top-speed testing,” Shelby said, “and we’re still on that journey. We’re still moving forward; we’re going to be doing further runs in the future.” And he believes his car can surpass the 300-mph barrier. “The question is whether we can break 300 in 2.3 miles,” he said.

In the meantime, he is utilizing all of this publicity to abide the fading auto industry maxim, “Race on Sunday, sell on Monday.” Though perhaps not exactly to the capacity he’d hoped. “We’ve sold more cars since the last run,” he says. “Probably not as many as we would have. But, yes.”