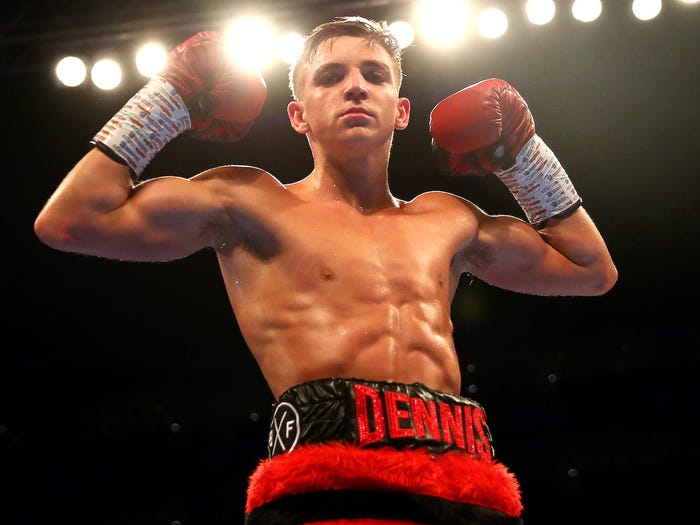 LONDON — Young fighters compared to Joe Calzaghe and Prince Naseem Hamed will be unleashed once again Saturday, according to Frank Warren — the boxing promoter who represents the young talents.

Warren has been in the fight game for decades, nurturing the careers of three British greats Calzaghe, Hamed, Ricky Hatton, as well as the current WBC heavyweight champion Tyson Fury.

The veteran boxing executive, 68, also has a number of prospects in his stable and is holding an event at Church House in Westminster, London, to further showcase what he hopes are his stars of the future.

This author noticed one of his young athletes when ringside covering a boxing event at London's 02 Arena last year, and commented that the future of British boxing is in good hands with Dennis McCann — 18 at the time.

He said: "Dennis is absolutely dedicated to the sport. All he wants to do is fight. He's a fighting man. He's so committed."

McCann is a baby-faced assassin who throws punches in bunches from awkward angles until he secures a TV-friendly, highlight-reel knockout.

Insider previously reported that McCann is part of the new generation of boxers from British and Irish travelling communities looking to become the next Fury.

Smith said: "He's got a bit of everything. He's marketable, brash, brave, can punch a little bit. As a whole, he's very near the complete package. He's got cockiness, loves the crowd, and the camera loves him."

McCann has won all seven of his pro bouts to date and puts his undefeated record on the line on Warren's weekend show as he fights Pedro Matos in a super bantamweight match.

It is likely a bout McCann will not only win but look good doing so, as Warren, like Smith, sees that brashness which goes along with his skillset.

Warren regards McCann's unorthodox style so highly he compared it to Prince Naseem's — a fighter hailed as one of boxing's all-time great punchers by The Ring magazine.

"He reminds of me a young Naseem," said Warren. "His confidence, power, and the angles he finds. I think if he's doing what he's doing, he'll go all the way. He's a superb fighter."

Another young fighter on Warren's weekend bill is Willy Hutchinson, who has 13 wins to date and competes against Lennox Clarke for the vacant British and Commonwealth super middleweight titles.

Hutchinson, 22, has been kept active through the year despite the coronavirus pandemic, fighting in February before two behind-closed-door bouts at BT Sport's East London studios.

His national title fight with Clarke will be his third bout behind-closed-doors, and Warren likely expects him to shine as he compared the Scotsman to the unbeaten former two-weight world champion Joe Calzaghe, from Wales.

"I like Willy Hutchinson as he's a special fighter," Warren said. "He reminds me of a young, Joe Calzaghe. He's got those skills."

While Denzel Bentley won the British middleweight title with a thumping performance earlier in the month, Warren's up-and-coming heavyweight Daniel Dubois suffered an upset loss to Joe Joyce on Saturday.

Dubois was jabbed with punching so unrelenting and precise that Joyce forced a grotesque bruise around his eye to swell shut, before sending Dubois to hospital in agony with a broken orbital bone.

Two of Warren's other highly-regarded prospects fought well on the night Dubois lost.

"He'll go on to be something special."