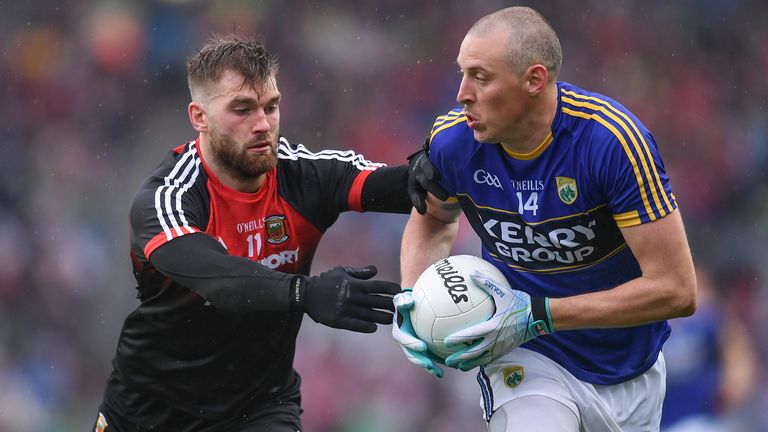 As we continue our classic games series, we look back a the two All-Ireland semi-final ties between Mayo and Kerry in 2017.

After overcoming Roscommon in an All-Ireland quarter-final replay, Mayo had already played seven games in the All-Ireland series (two of which went to extra-time).

Stephen Rochford’s charges comfortably swept the Connacht champions aside at the second time of asking to set up a showdown with Munster kingpins Kerry.

The Kingdom meanwhile had a relatively stress-free summer in comparison. Defending their provincial crown with wins over Clare and Cork, they were too strong for Galway in last eight.

The big question ahead of throw-in was whether fatigue would be an issue for Mayo, or if Kerry weren’t sufficiently battle-hardened. 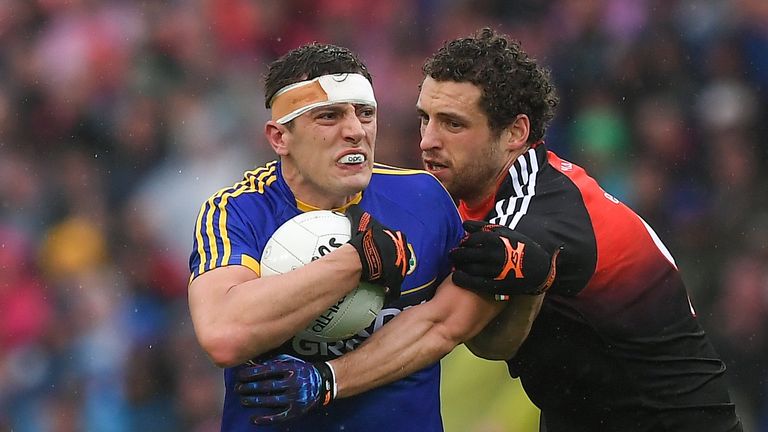 Straight from throw-in, Rochford made an intriguing play. He pulled Aidan O’Shea back the field to pick up Kieran Donaghy, after the ‘Star’ had torn the Tribesmen apart in the quarter-final.

The gambit proved a successful one, as the Tralee man’s influence was curbed.

Up the other end of the field, Mayo got off to the dream start as Andy Moran found the net for the first score of the game.

The Kingdom settled however, and Stephen O’Brien countered with a green flag.

The game went right down to the wire, with Colm Boyle and Johnny Buckley chipping in with second-half goals.

Kerry led in injury-time, but a dramatic late Paddy Durcan equaliser meant it was brought to a replay.

The replay was similarly tight. That is, until the 27th minute when Donal Vaughan’s effort at a point fell short, and Diarmuid O’Connor was on hand to steer the ball into the net which put his side five points in the lead.

Kerry were chasing a quick start after the break, but it was Mayo who got it as Moran found the net for the Connacht side to establish an eight-point advantage.

They weren’t going to be caught from there, and Donaghy’s late red card summed up a frustrating afternoon for the Munster side.

“It was always going to be a serious battle. I’m just delighted for the lads that they showed up and really made a difference,” said Rochford at full-time.

“Mayo were deserving victors,” lamented Éamonn Fitzmaurice. “They were that bit ahead of us the whole game. The goals were big moments, and when they came, especially the one that came after half-time, it was a bit of a body blow.