Home » Lifestyle » 2020 was supposed to be a big year for unions. Then the pandemic hit

2020 was supposed to be a big year for unions. Then the pandemic hit

The name was simple – "Fight 2020". It was supposed to signify a year of industrial action designed to push up wages and secure better conditions at 200 companies across the country. The Transport Workers Union had been planning it since 2017.

"We had had our ducks in a row ready to make some significant structural change," the union's national secretary Michael Kaine says. 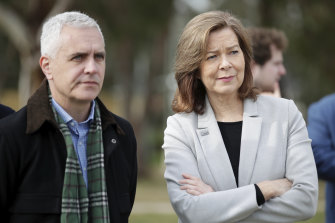 Michael Kaine, National Secretary of the TWU and Michele O’Neil, President of the ACTU during a rally in June calling for airport workers to have access to JobKeeper. Credit:Alex Ellinghausen

But 2020 turned out differently.

As the coronavirus pandemic began to hit Australia in early March, the union's national committee met to cancel the campaign and push it back to September 2021 at the earliest. With the campaign delayed, the union's Victorian branch foresaw plummeting membership fees and decided "drastic action" was needed. Two organisers were made redundant.

At the docks, the maritime union was in a similar boat. Despite Australia's historically muscular union movement, years of changes to industrial relations laws mean union members are now only allowed to go on strike when they are bargaining for a new enterprise agreement.

To keep within the letter of the law, industry sources who spoke on condition of anonymity said the Maritime Union of Australia had lined up negotiations at all of the country's major dock operators to happen simultaneously in 2020. 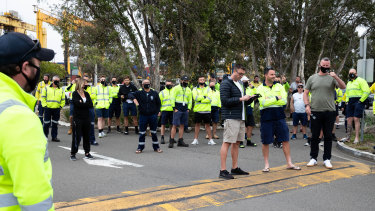 Wharfies during a stop work meeting in Port Botany in September.Credit:Janie Barrett

Had all gone according to plan, that would have handed the unions the power to slow or even stop cargo going in and out of the country, potentially improving their bargaining positions. If all of the players in the industry gave workers a pay rise at the same time, it would also make it easier for them to pass the costs onto consumers.

On paper the plan seemed sound but industry insiders are divided about how it would have played out.

"Stopping the waterfront even without a pandemic was never going to be a smart move," one industry source said.

Many of the law changes behind the limitations to industrial action have their roots in the bitter 1998 maritime dispute when stevedoring company Patrick tried to sack its entire unionised workforce and replace them with cheaper workers. The move sparked massive protests and pickets before being largely unwound by a legal challenge.

During that dispute, public support was broadly on the unions' side but this year played out differently when Patrick workers negotiating their new enterprise agreements used slowing tactics, including rolling stoppages at some ports and bans on working overtime.

Federal politicians lambasted the union for hurting the economy and raised the spectre of delayed medical supplies. After months of talks and low-level industrial action, the union moderated its annual pay claim from 6 per cent to 2.5 per cent for its members at Patrick, many of whom are on six-figure salaries.

The union did not respond to requests for comment but has previously defended its lawful campaign as a legitimate way of bargaining for its members. Delays at the ports were stevedoring companies' fault, the union has said.

"The fact is, the company has been responsible for the overwhelming majority of disruptions and delays at the terminal, through terminal closures and shift cancellations," Maritime Union national secretary Paddy Crumlin said earlier this year.

Ultimately only one container with such medical supplies was found and fast-tracked during the dispute and no drug shortages were traced to the wharves.

Nonetheless, when Patrick went to the national industrial tribunal to ask for legal orders to stop the industrial campaign on the basis it was hurting its customers, the union suspended its action.

Instead of being on the barricades in 2020, the unions found themselves talking with their traditional opponents in the business world about industrial reform under the eye of Attorney-General Christian Porter. 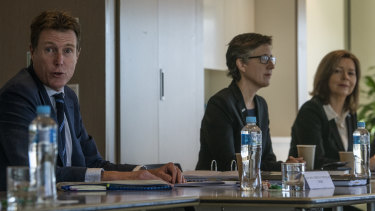 Their most effective campaign – on "insecure" work, raising what they see as the problems of casual and contract workers who do not get sick leave or paid holidays – has been run via the media rather than traditional industrial tactics.

Union campaigns on insecure work are nothing new. Before the pandemic the issue was raised in 2018 by Australian Council of Trade Unions secretary Sally McManus, when she told the ALP conference “insecure work stalks the lives of too many Australians”.

But with anecdotal evidence out of Victoria that workers without sick leave were going to work with symptoms of coronavirus, McManus' argument had new bite.

Victorian Premier Daniel Andrews branded insecure work "toxic" and figures from Streem, a media monitoring company, show hundreds of stories on mainstream media channels during the pandemic about insecure work. From a base of four stories mentioning the ACTU and casualisation in January, by May there was a peak of 156 items, a 39-fold increase. Other terms like "workers rights" and "COVID leave" leapt up too.

That momentum has hit the wall of a government that has spent months carefully planning an industrial overhaul, which McManus fears could contain reforms unfriendly to unions.

The employer lobby is not convinced insecure work is the problem unions say it is.

Innes Willox, chief executive of Ai Group, which represents heavy industry, says there is a case for a clearer definition of a casual worker but no case to have fewer casuals in the workplace.

"[Unions] have been running an argument for years that so-called insecure work was growing, was out of control, when the evidence doesn't back that up," Mr Willox says.

He says the rate of casualisation has been steady for more than two decades – at about a quarter of the workforce – and the numbers have dropped during the pandemic to nearer to 20 per cent.

University of Melbourne Professor Mark Wooden says during the last recession in the early 1990s, casualisation dipped but then rebounded to new heights.

"I see no reason for that to happen this time," Professor Wooden says. The same deregulation and reform undertaken by Hawke and Keating that triggered that rise is not happening now, he argues.

The transport union's Michael Kaine is not so sure. As companies at the top of the transport food chain like airlines and retailers grow more powerful, he can see a world where they outsource labour to app-based providers to save costs and points to the example of Qantas outsourcing more than 2000 jobs during the pandemic.

"We need to ask the question as a community about where we want to go with this," Mr Kaine says.

Putting a spotlight on big companies' power and responsibility has been the union's focus in place of its delayed industrial campaign, he says.

His goal is twofold: persuade governments to put in regulations to stop big companies squeezing smaller players and their workers, and interventionist steps to stop businesses in sectors like aviation distributing big profits to shareholders in good times and then shafting workers when things get lean.

COVID-19 may be a crisis but Professor Wooden argues it is no opportunity for radical change. He gives aged care as an example – an industry that makes extensive use of the labour hire agencies Mr Kaine dislikes.

If industries like aged care replaced their agency workers with permanent employees, Professor Wooden argues, prices would go up for families and workers would be bored.

He says if unions' calls are implemented we would "have lots of people sitting around twiddling their thumbs in the good times" and we'll be left with that system even if we "don't have another one of these [pandemic] events for another hundred years".

ACTU President Michele O'Neil disagrees. She points to the ongoing Royal Commission into Aged Care to argue staffing levels need to be higher, something she says does not necessarily need to cost families more.

"We are pulling billions of dollars into aged care with no accountability in terms of how that money is spent and no requirement to link that to staffing levels," Ms O'Neil says. "Many private aged care providers have been reaping huge profits out of this sector."

Permanent workers are easier to unionise, but that is not why unions have lobbied on their behalf, Ms O'Neil says, pointing to measures the movement has pushed for that benefit all workers, including paid pandemic leave and the wage subsidy that became JobKeeper.

Those measures got workers through the pandemic. As the pandemic recedes, the unions' challenge is to stop Australians' newfound concern for insecure work running out on the tide along with it.