Organisers reveal the world-famous 24 Hours of Le Mans race will be held without ANY fans this year because of coronavirus, 12 months after 250,000 crammed in to watch the cult event

The historic annual 24 Hours of Le Mans race is to go ahead without spectators due to the ongoing coronavirus pandemic.

Le Mans is one of the most celebrated events in the motorsport calendar and last year’s race saw more than 250,000 attend to witness it.

It was expected that a small number of fans would head to the 8.48-mile long Circuit de la Sarthe for its September 19 start this year for what is the 88th edition of the famous car race but that will not happen. 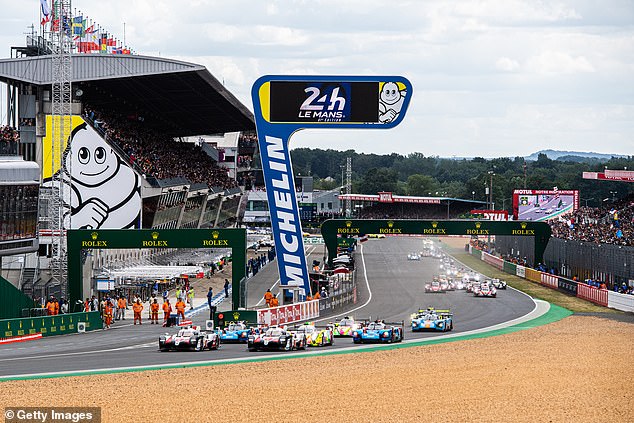 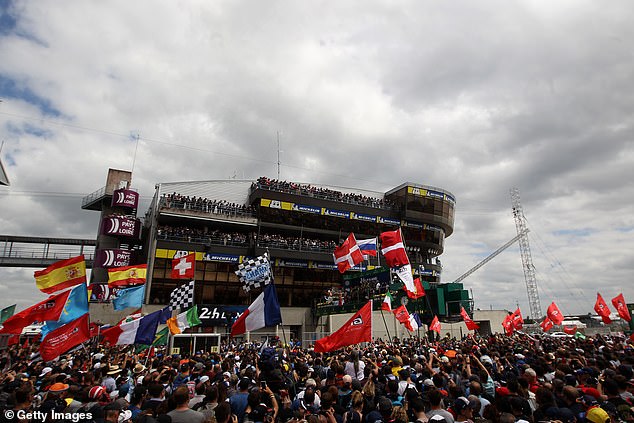 The famous race attracted 250,000 spectators last year but due to a spike in positive cases in France a decision was made to exclude fans from the 88th edition of the race in September

The scale of the pandemic has forced organisers – who worked closely with health officials and government ministers – into a U-turn and they announced on Monday that aside from a limited number of journalists on hand to cover the event, the 2020 race would see no fans present.

This will be the first time in the history of the Le Mans race that fans will not be there to see it in person.

Speaking on Monday, Pierre Fillon, president of the Automobile Club de l’Ouest (AOC), said: ‘The 88th 24 Hours of Le Mans will go down in the annals of history as, sadly, the world’s greatest endurance race will be run this year with no spectators trackside.

‘Over the last few weeks, we have looked at many ways in which we could hold our event in September with fans present, albeit in limited numbers.

‘However, given the constraints involved in organising a festival-scale event over several days in the current situation, we have opted with the local government authorities to hold the race behind closed doors.

‘There were still too many question marks regarding health and safety. We know that our fans will be as disappointed as we are by this decision but, with public health in the balance, it really wasn’t a difficult call to make.

‘You don’t compromise where safety is concerned.’ 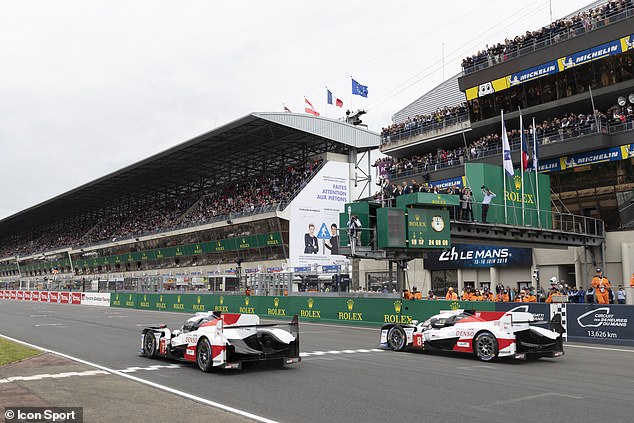 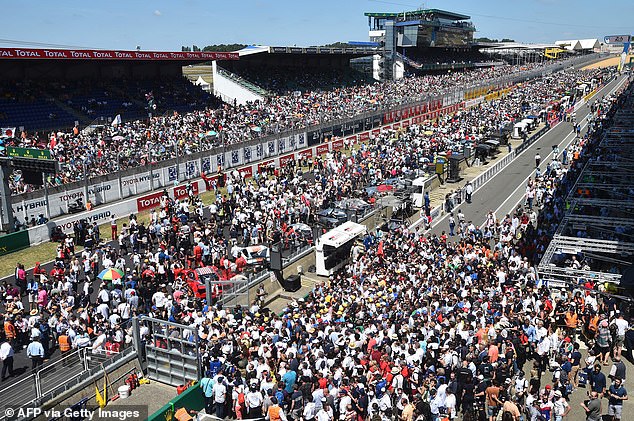 A photo from 2017 shows the huge interest in the race, which first began back in 1923

The decision to expel spectators from the event next month comes following a spike in positive Covid-19 cases in France. Last year 25,000 Brits went to the race but the impact of the pandemic has put an end to many making the trip this time round.

The AOC’s initial plan was reportedly to have small groups of spectators in social bubbles of up to 5,000 people.

Unlike Grand Prix events as seen in Formula One racing, 24 Hours of Le Mans is more about endurance than speed.

Teams involved in the race cover a distance roughly 18 times longer than an F1 Grand Prix.

Fans turn out in their hundreds of thousands to witness how cars survive such a taxing and enduring race and heading into its 88th race since its inception in 1923, it has gained worldwide recognition.

A number of films have been made about the race with the 1971 movie entitled ‘Le Mans‘ starring American actor Steve McQueen in the role of Michael Delaney among the most famous. 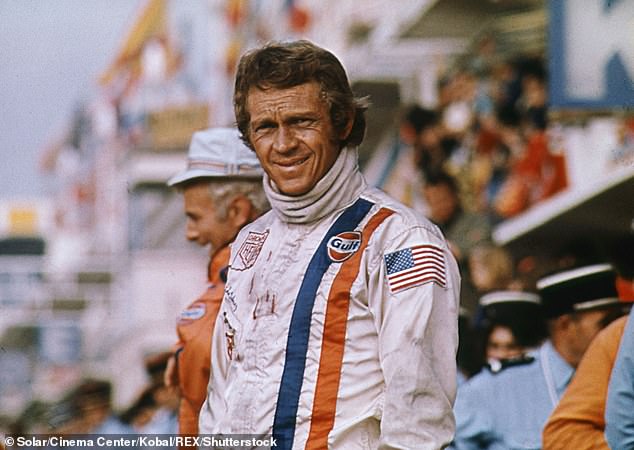 The film starring McQueen focuses on Delaney suffering a horror crash with Claude Aurac on what is the most intense track to compete and survive on for those taking part.

Earlier editions of the race were fraught with danger and the 1955 Le Mans disaster remains the worst accident in motorsport history, when 84 people were killed including driver Pierre Levegh. After hitting the back of Lance Macklin’s Austin-Healey at high speed, Levegh’s Mercedes-Benz was sent hurtling through the air before crashing into a spectator area and bursting into flames. Thankfully, safety standards have improved greatly since then.

Formula One is five races into their rearranged 2020 season and all five races – two in Austria, one in Hungary and two at Silverstone in the UK – have been held without spectators.

The Indianapolis 500, which regularly attracts around 300,000 fans each year, will also go ahead without fans. Having been pushed back to August 23 it had been hoped that the event in Indiana could welcome back fans but the pandemic is yet to be controlled in the United States and it remains too dangerous a risk on health grounds.