Home » Lifestyle » 8 Small Fixes That Can Make Your Kitchen Safer

8 Small Fixes That Can Make Your Kitchen Safer

The kitchen may be the heart of the home, but it can also be pretty dangerous — especially if you have little ones. Between all the sharp utensils, enticing oven knobs, electrical outlets, sharp counter corners and the possibility for starting fires, there’s plenty that can go wrong in the place where you cook.

For example, knives cause more serious injuries than any other hand tool in the home, and the leading cause of home fires and related injuries, according to the Consumer Product Safety Commission is cooking equipment. The good news is that there are a number of quick solutions you can implement throughout your kitchen to make it a much safer place for you and your family. From installing smoke detectors and fire extinguishers, to securing your cutting board, here are eight small fixes that can make your kitchen safer.

Put something underneath your cutting board

Chopping food is tricky enough without worrying about the cutting board moving around. “Always keep something under your cutting board to prevent it from sliding around,” Paula Hingley, a former professional chef and founder of How to Make Dinner tells SheKnows. “A damp paper towel or cloth works really well. I buy that spongy, rubber shelf liner material from the fabric store and cut it into large squares to keep under my cutting board.” 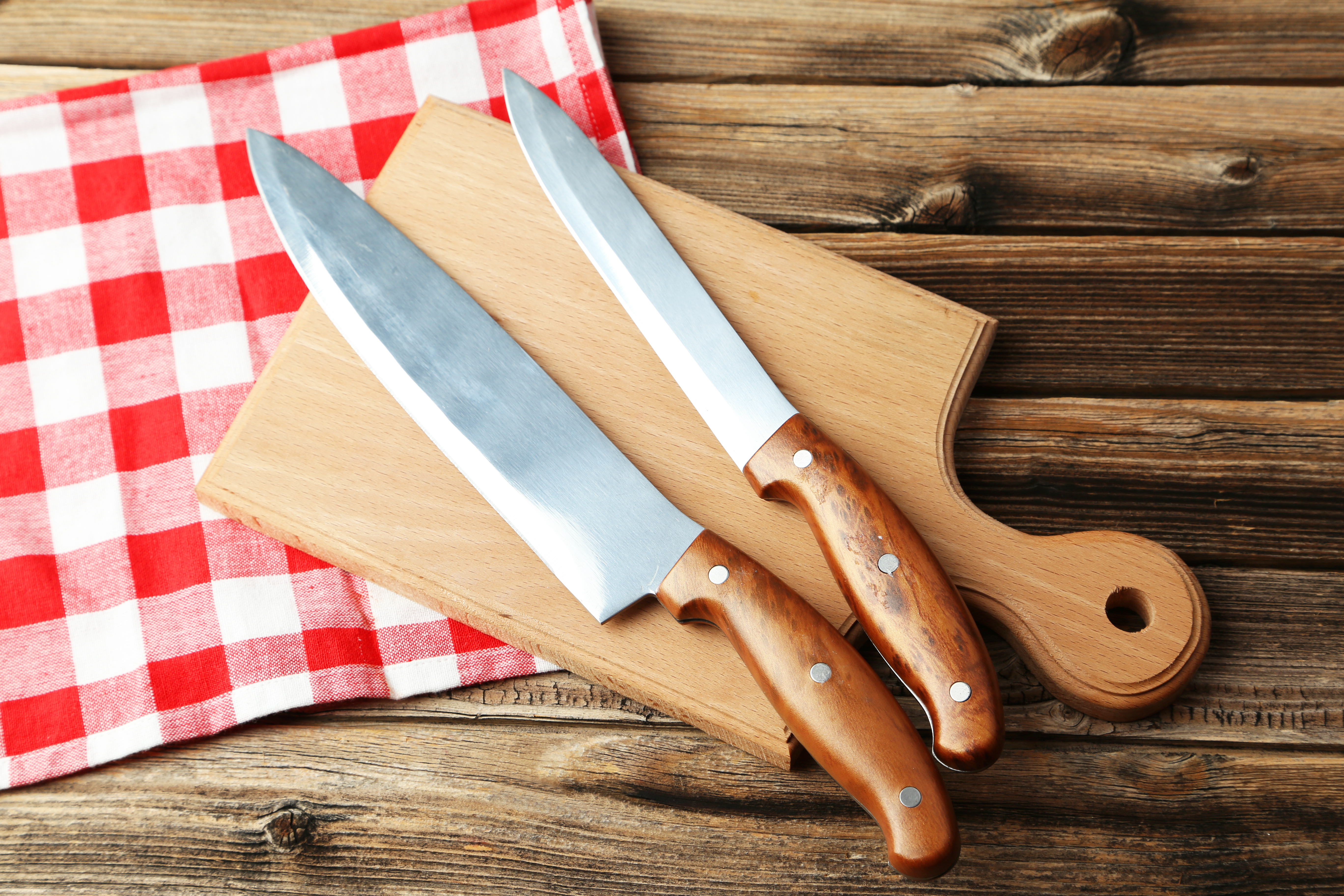 If you cook a lot, you probably have a favorite knife (or five). And though sharp knives sound dangerous — and definitely are in the wrong hands — dull knives can mean more kitchen accidents. “Sharper knives are safer because they cut more efficiently,” Hingley says. “When people have dull knives, they use much more force and therefore have much less control. A sharp knife is a safe knife.”

While sharp knives might be safer and more functional utensils for their intended purpose, you don’t want knives of any sort to be accessed by younger family members.

There are several different types of cabinet locks — including plastic and magnetic options — but Ben Bisset, the founder of Caboodl Home Maintenance and father of three recommends peel and stick locks. “They keep babies and toddlers from getting into cupboards and drawers containing dangerous kitchen items, but mostly we find they keep our one-year-old from crushing his hand in drawers over and over,” he tells SheKnows.

To install these, just peel the plastic off the adhesive tape, press and hold on the drawer and gable or opposing cupboard doors. “They don’t put holes into your cabinets or require magnetic keys that are never where you want when you need them,” he adds.

Keep any dangerous items far out of reach

Even if you have cabinet locks, it can be hard to keep kids away from potentially dangerous kitchen items. “I had a few genius children that could undo cabinet locks, so I stored anything dangerous in areas they could never reach, such as cleaning products,” Laurice Wardini, a child safety expert tells SheKnows. “I also stored knives in an unreachable place.”

Have a working smoke/carbon monoxide detector

If it’s been a while since you’ve checked the batteries on your smoke and carbon monoxide detector, now’s the time. And if you don’t have one installed in your kitchen yet, what are you waiting for?

“Fires and carbon monoxide leaks are some of the most prominent safety hazards in the kitchen,” Brianne Sandorf, a safety and security expert at Reviews.org tells SheKnows. “They’re also both deadly and can get out of control fairly quickly if you don’t react appropriately. It’s worth it to take every step to protect yourself against them.” 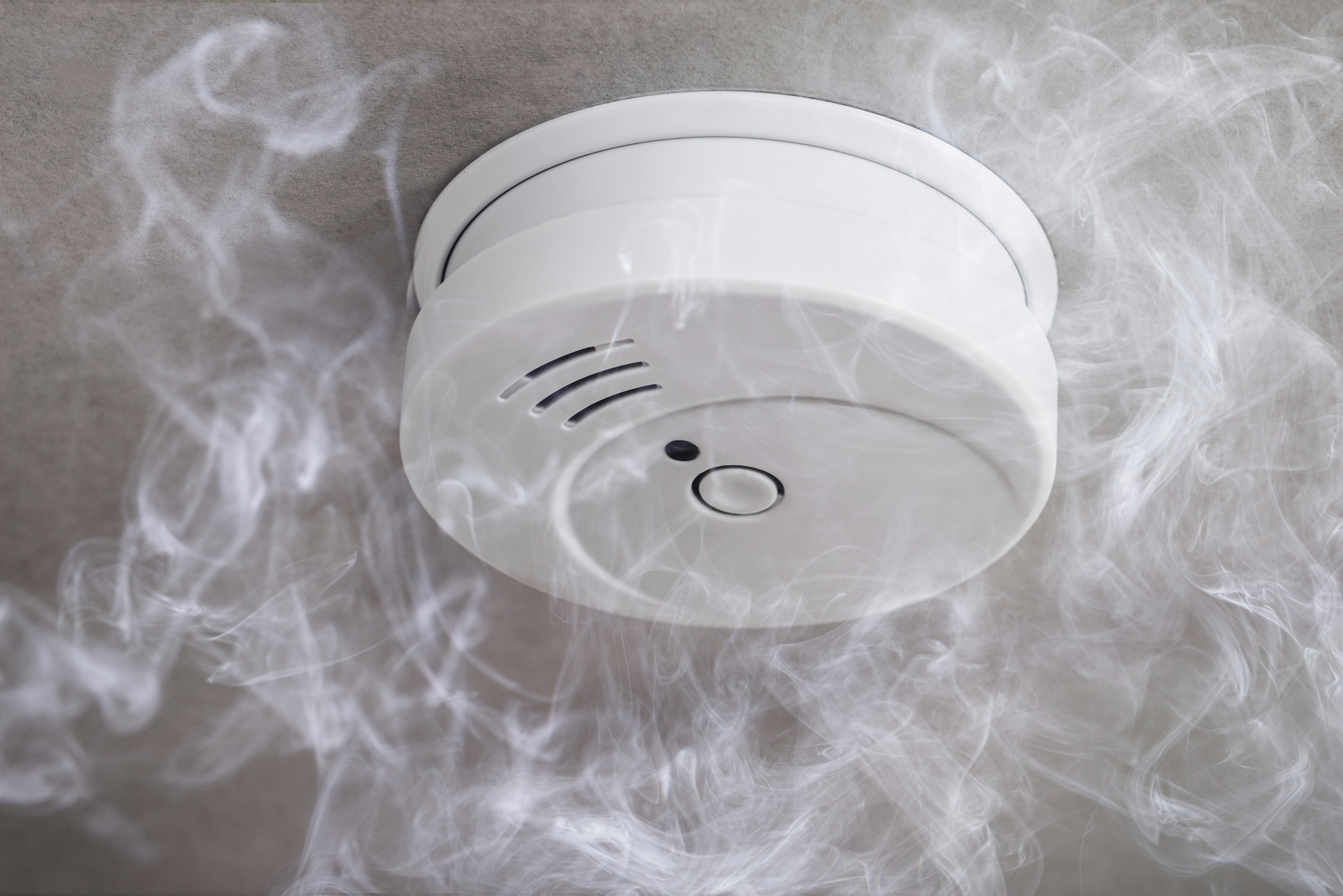 Kitchens are full of sharp corners, so John Bedford — a father of two and founder of Viva Flavor — recommends getting corner guards for any sharp, exposed countertops and furniture edges. “As much as we try to explain to our son that the kitchen is not a play space, to him the lounge, the hallway and the kitchen are all one big slalom course,” he tells SheKnows. “You know how this ends.”

By installing corner guards on the countertop, cabinet and other furniture corner edges around your kitchen (and your home in general) can protect your child as well as the kitchen surface. And they don’t have to be an eyesore. You can find clear, soft gel-texture guards with peel and stick adhesive that are as discreet as they are functional.

Have at least one fire extinguisher

Sometimes things in the kitchen get a little out of hand. And if that happens, you’re definitely going to need at least one fire extinguisher. “Always have several small fire extinguishers in the kitchen area,” Stacey A. Giulianti, co-founder and chief legal officer of Florida Peninsula Insurance Company. “Have a back up one, as well, in another area of the home or condominium unit. Kitchen fires are all too common, and having a method for putting out a small fire is critical.”

If your oven has round knobs, it could be very tempting for little ones to try to play with them. Knob covers are a quick fix for this, Wardini says. You could also take the knobs off completely, if that’s an option on your stove. “Many gas stoves let you remove the dials while not cooking,” she notes.