Home » Lifestyle » A brief history of LA's $1 billion 'mountain,' from being scoped out by Jeff Bezos in 2019 to being seized by the Feds

A brief history of LA's $1 billion 'mountain,' from being scoped out by Jeff Bezos in 2019 to being seized by the Feds

Federal authorities have moved to seize the 157-acre mountain that sits at the highest peak in Beverly Hills, California, reported NBC Los Angeles.

The property, which towers over Los Angeles, sold at a foreclosure auction for $100,000 in August 2019 after bouncing around the market for years. Originally listed for $1 billion, it received a whopping $350 million price chop in February 2019, boasting a diminished — but still significant — $650 million price tag.

But at least part of the funds that paid for "The Mountain" were allegedly embezzled by ex-Kuwaiti officials, according to NBC Los Angeles. The ex-officials allegedly transferred over $100 million of Kuwaiti public funds into bank accounts opened through the defense ministry's London office under the pretense that some of these transfers were for military purposes, according to court filings.

In reality, the funds were actually transferred to "California entities," per the filings. They were then put toward The Mountain, as well as other real estate, a private jet, a yacht, and additional assets. US prosecutors are hoping to recover at least $104 million.

At the time of the purchase, court filings showed there is $200 million worth of debt on the property, reported The Wall Street Journal's Katherine Clarke, partly because of late fees and interest. No other bidders showed up at the auction, as they would have had to pay the debt, Ronald Richards, a lawyer representing one of the former owners, told The Journal.

Read on for a closer look at the sprawling property, its history, and what owners could do with the land.

Located off Benedict Canyon, "The Mountain" overlooks Los Angeles. At 157 acres, the plot is "the size of a small city" that can fit all of Disneyland and still have 72 acres left. 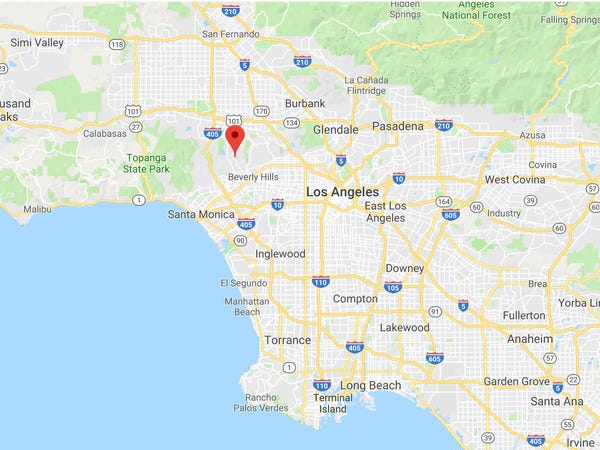 "The Mountain" has an intriguing history, having passed through many famous and wealthy hands. According to the Los Angeles Times, it was once owned by an Iranian princess, the talk-show host and TV producer Merv Griffin, and a nutrition mogul, all of whom held the land but never built anything on it.

The property has bounced around the market for decades, with various potential deals that never went through, Clarke reported. Sources familiar with the deals told her Tom Cruise put down a deposit for the property in the mid-2000s. More recently, Amazon CEO Jeff Bezos looked to invest in the property but found it overpriced, she reported.

It's the largest property and the highest point in Los Angeles County, Ronald Richards of Secured Capital Partners, the previous owner, said in a news release. The price of the lot was slashed down to $650 million from $1 billion in February 2019 before selling for $100,000 later that year. 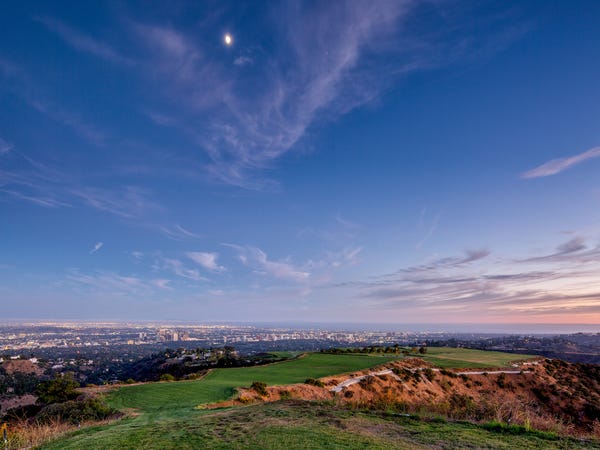 Expensive real estate may come as no surprise in the famous 90210 ZIP code. The original $1 billion asking price set the record for Los Angeles' most expensive listing ever, the Los Angeles Times reported, and no one in the world is publicly known to have paid that much for personal property, according to The New York Times. Even with the price cut, the property was still the most expensive listing in Los Angeles County.

The buyer could build up to 1.5 million square feet of buildings across 17 parcels of land, with the nearest neighbor half a mile away. That's enough room for a "soccer field, amphitheater, helipad, and polo field side by side," the news release said. 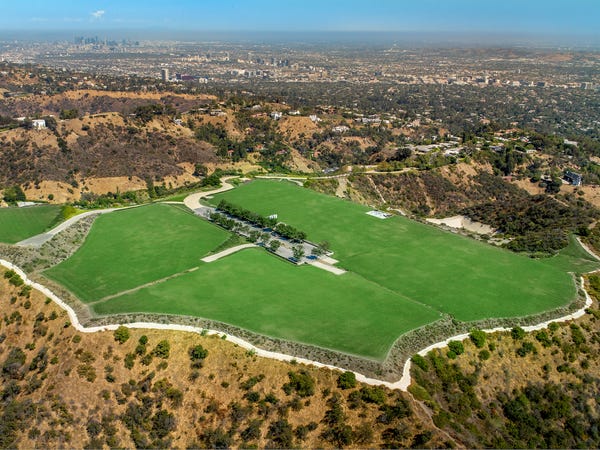 "Our likely buyer for this property is an individual who wants to build his or her own compound," Aaron Kirman of Pacific Union, the listing agent, said in the original news release.

"There are 2,800 billionaires in the world," Kirman told the Los Angeles Times in 2018. "We realized there are 100 of those that could and would want to buy the property."

They'd also be able to build up to 53 feet high, which is 12 feet higher than usual in Los Angeles. That's all the more height to soak in the endless views of Los Angeles, Orange County, Catalina Island, and Santa Monica (when it's not trapped in smog). The plot is so elevated that no neighboring trees obstruct the preserved view. 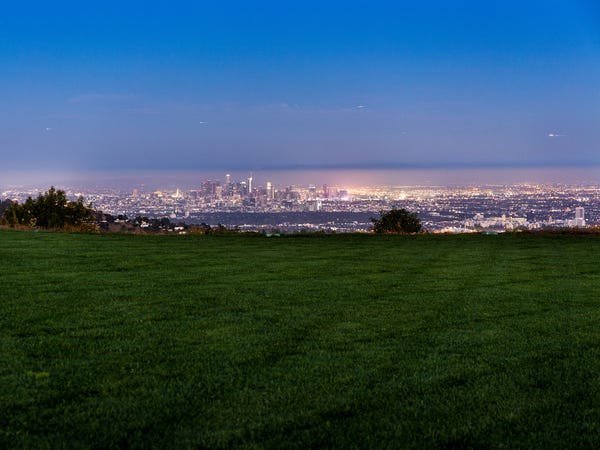 The Mountain is heavy in security, featuring a private stone aggregate road, a cobblestone drive, and a custom-designed security gate. More than 500 trees and 5,000 plants have been planted on the property already. 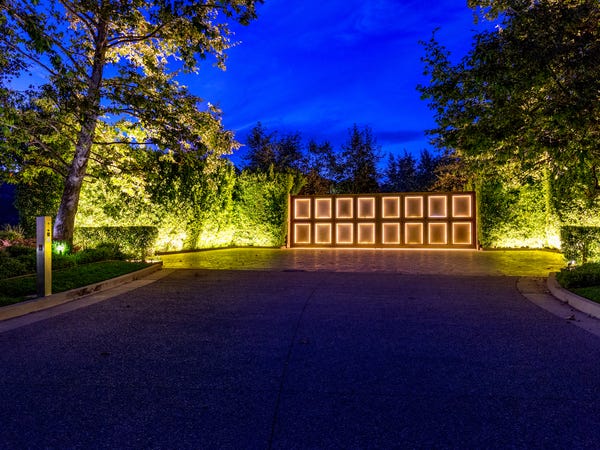 Millions of dollars have been spent developing the property, including adding a sculpture court, a landscape lighting design, and a backup generator large enough to provide electricity to 300,000 square feet of buildings if there were a citywide power failure, the news release said. 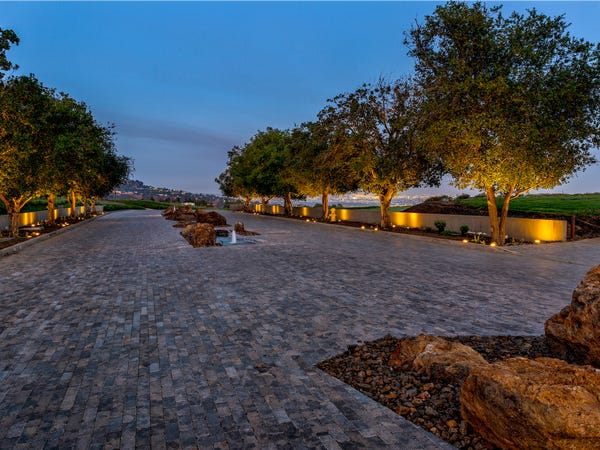