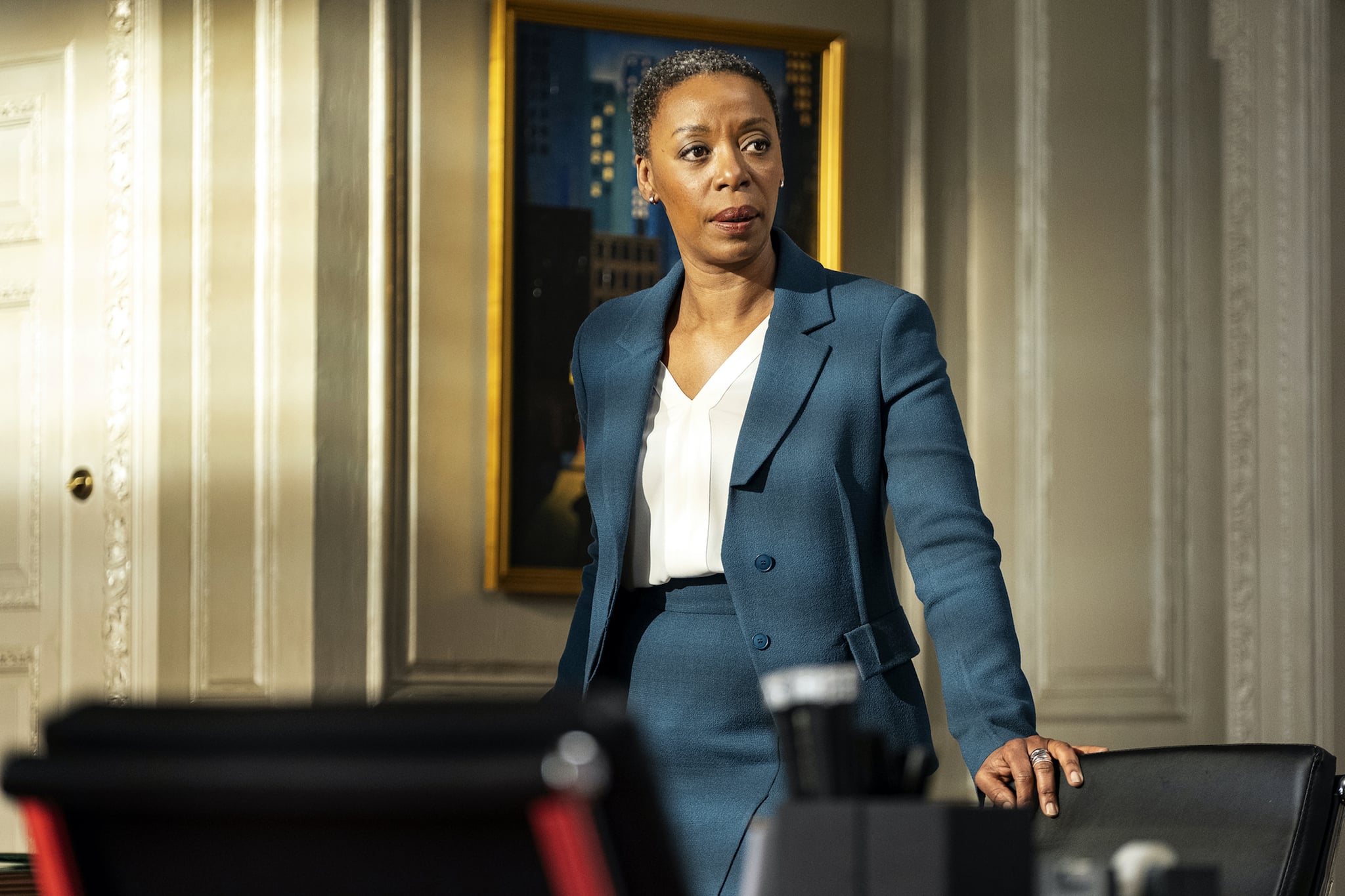 If the Television Academy doesn’t give Noma Dumezweni an Emmy for her performance on The Undoing, I’ll sculpt a trophy out of gold by hand, fly to England, and deliver the replica to her myself because that is how much she deserves the accolade. The British actress stars in the HBO miniseries as Haley Fitzgerald, a highly sought-after defense attorney hired to represent Jonathan Fraser when he’s pinned as the prime suspect in the vicious murder of Elena Alves. Though Dumezweni acts alongside other big-name stars in the show — including Nicole Kidman, Hugh Grant, Donald Sutherland, and Sutherland’s unruly eyebrows — she commands attention so powerfully that all other characters fade into the background when she’s on screen.

We first meet Dumezweni as Haley in The Undoing‘s third episode when she welcomes Grace into her office to discuss Jonathan’s case. You instantly get a feel for who Haley is: a confident, hard-working, no-bullsh*t force to be reckoned with who will do whatever it takes to prove her clients’ innocence. (Plus she has excellent taste in skirt suits and lipstick, might I add.) She doesn’t have to raise her voice to show her authority; she remains composed and direct, delivering each line with unflinching conviction.

Speaking of her lines, she utters one of the show’s most memorable ones in that initial scene alongside Grace when she says, “People hire me to create muck. Muck up the state’s case so they can’t meet their burden. That’s what I can give you and your husband: muck.” Dumezweni’s delivery is the perfect mix of commanding and ominous. It makes you feel like the Fraser family is in good hands, but simultaneously makes you wonder just how far she’ll go on behalf of Jonathan, which we later learn is pretty damn far.

That’s not Haley’s only quotable line in the six-episode series, though. With the same even-toned voice and fierce strength, she also informs Grace, “I don’t make jokes. I’m not funny,” and reminds Grace and Jonathan before heading into the courtroom, “Chins up. Eyes down. And hold f*ckin’ hands.” Iconic doesn’t even begin to sum her up.