Lands’ End, driven by online growth, its “Let’s Get Comfy” marketing and life beginning to normalize, has a good feeling about the back half of the year and its ability to offset headwinds of higher costs, port delays and labor market shortages.

“We think our back-to-school business will perform pretty well,” chief executive officer Jerome Griffith told WWD, noting that in many areas of the country, students will be back in classrooms this fall, spurring shopping, after needing to home school for more than a year due to COVID-19.

“Back-to-school will probably be starting off in August versus July, but we feel pretty good about that business coming back to a normalized level.”

With the Lands’ End Outfitters business, which sells uniforms, “We’re in about 5,000 different schools in the U.S. Our uniform business is sizable,” particularly with big travel-related businesses such as Delta, American Airlines and Avis, as well as with small and midsized businesses, and with school uniforms which represent about a third of the uniform business, said Griffith.

Griffith has been steadily turning around Lands’ End since he took the helm in March 2017. His current upbeat outlook extends to holiday 2021, which he said “looks good” based on the specialty retailer’s momentum seen since pre-COVID-19, he said, and the company’s strong first-quarter report, issued Wednesday. Lands’ End swung into profitability off stronger online traffic and demand from Gen Xers and Baby Boomers. “They are our target market,” said Griffith. “New customer acquisitions are up 71 percent. We feel pretty optimistic about the back half because the pandemic created greater acceptance of online (shopping) with Baby Boomers and Gen Xers.”

With online shopping accelerating during the pandemic, “We estimate that our total addressable market doubled. We have a lot more customers to go after and bring into our database,” which is at 6.4 million customers globally, said Griffith. The company’s global e-commerce customer file expanded by 27 percent with 71 percent growth in new customers last quarter. And customer retention is at more than 55 percent, meaning the company is “efficiently” acquiring customers, Griffith said. To support customer acquisition, more money has been funneled into paid social media.

Griffith expects b-t-s to be further fueled by the kids’ assortment online. It’s been a “relatively robust” performance so far this year, Griffith said. “A lot of it is coming from our swim business, which has been very strong across the board — men’s, women’s and kids. The backpack business will be huge, and knitwear tops and bottoms have been strong for us and will continue to be. Kids like comfort, too.”

Griffith said wear-to-work apparel emphasizing comfort is a strong trend that’s not going away anytime soon. “Knitwear is extremely important for us — tops and bottoms, women’s and men’s, whether for wearing at home or to work. People are valuing comfort, and value the softness of our knitwear. We do a lot of business with Supima cotton. We don’t see those trends changing.”

At offices around the country, “trends over the last several years have been very much toward casualwear and comfort. [Consumers] are not about to give that up,” particularly with many companies this year moving toward “hybrid” workplace situations where some workers will come to the office on certain weekdays; others on other days.

Griffith called out swimwear as a strong-selling category last quarter, and cited the company’s “one closet concept” for swimwear, encompassing swim and products that mix and match and fall into the category, such as T-shirts, miniskirts and cover-ups worn over swimsuits. Tankinis, tugless tanks, rash guards and special sizes are among the bestsellers. “We are the number-one search for swimwear on Google,” said Griffith. “We are a swim authority.”

Griffith also pointed to sleepwear and loungewear as a strong-selling categories, across men’s, women’s and kids. 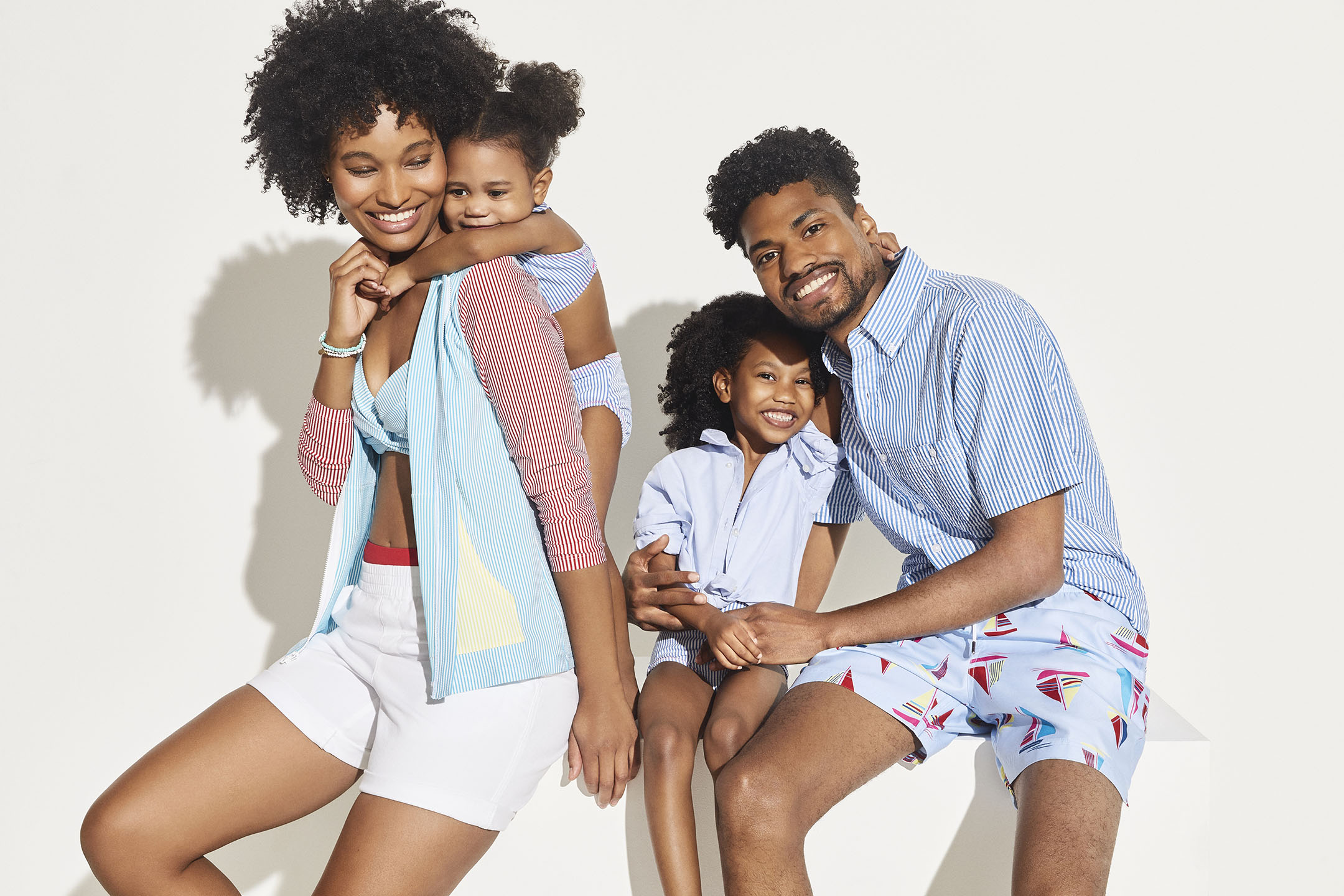 With brick-and-mortar stores, Lands’ End maintains a conservative approach. “We had been opening 10-ish stores per year. We have 31 stores now. They really serve as customer service centers. They’ve been performing pretty close to 2019 levels. We are staying cautious on opening more stores until we have a better understanding of consumer behavior going into the next year.” The company has been allocating more of its cap-ex into technology, including AI, which helps determine the number of styles and colorways developed for the assortment, Griffith said.

While underscoring momentum in the business, Griffith cited three main headwinds — the timing of getting products into ports, the cost of shipping to ports and from the warehouse and ability to hire people. “We feel like we are mitigating them, but at the same time these issues aren’t going away.”

The company has been able to offset rising freight and commodity costs and delays to some degree by air shipping some products, working with different carriers able to expedite some shipping, reducing manufacturing time, reducing average unit costs and the overall level of promotions, and generating more full-price sales. “Our sourcing area has done a phenomenally good job of driving down unit costs,” Griffith said.

Because of the increase in demand for apparel, and generally less product out there this year, people are more willing to pay full price. He said at the end of the first quarter, Lands’ End had $394 million in inventory versus $383 million a year ago. “We were up 2 percent from a year ago. We feel very lean going into the back half.”

Lands’ End is in the “early” stages of evolving its e-commerce platform into a marketplace, Griffith said. “It’s still a very small volume.” Testing the marketplace format began about a year ago and the results were good, Griffith said. By the end of the fourth quarter of this year, he expects that more than 60 vendors will be listed on the marketplace. Lands’ End is targeting vendors selling home furnishings, footwear, accessories, beauty and jewelry for its marketplace.

Reflecting on the positive outlook, Griffith said, “The biggest thing is we feel very bullish on the total addressable market. I don’t know whether that means a big resurgence in apparel or not. But I know there is a renewed interest in online shopping.”

Third-party net revenue, which includes sales on third-party marketplaces and U.S. wholesale revenues, was $11.8 million in the first quarter compared to $1.5 million in the first quarter of last year. The $10.3 million increase was attributed to the launch of Lands’ End product on kohls.com and at 150 Kohl’s stores during the third quarter of 2020. Griffith said the business “remains on track” to widen its distribution to 300 Kohl’s stores in 2021.