They are in response to a coroner’s report that found toxic air contributed to the death of nine-year-old Ella Adoo-Kissi-Debrah eight years ago. But her mum Rosamund and fellow health campaigners have criticised the delay in introducing new limits – which will not be in place until October next year. She said: “I’m sad and ­disappointed nothing’s being done sooner. Why do we have to wait 16 months? “We need action now. We’re hosting COP26 in November – we should be leading by example.

“What about the children who will die in the interim?

“And will the Government commit to setting these targets into legislation by October 2022?

“I shall be watching closely to make sure it delivers on its promise.”

Ella lived fewer than 30 yards from the South Circular Road in Lewisham, ­south-east London, and was exposed to ­levels of dirty air that exceeded World Health Organisation and EU guidelines, mostly due to traffic fumes.

The Daily Express, which is calling for change as part of our Green Britain Needs You crusade, reported yesterday how Rosamund believes the issue has got worse since her daughter’s death from an asthma attack in 2013.

And he said health bodies needed to improve how medical professionals explain the adverse effects to patients. 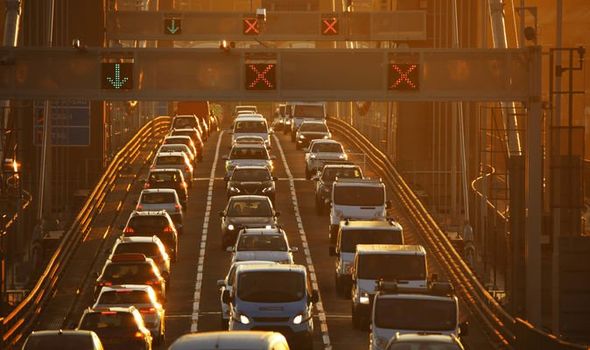 Making its announcement on Clean Air Day 2021, the Government said immediate action would be taken to improve awareness, including a review of existing sources of information and specific messaging for different groups. It is investing an extra £6million for local councils to improve air quality and has begun consultations on setting new pollution targets.

But health campaigners say this “just scratches the surface”.

Environment Secretary George Eustice said: “Ella’s death was a ­tragedy and I would like to pay tribute to her family and friends who have campaigned so tirelessly on this issue.

“Today’s response is part of a much wider cross-Government effort to drive forward tangible and long-lasting changes to improve the air.”

He added that air pollution levels had reduced since 2010, but said: “We know there is more to do.”

However, Sarah Woolnough, chief executive of Asthma UK and the British Lung Foundation, said: “These plans just scratch the surface of what needs to be done to protect children like Ella. We need ambitious laws that tackle the cause of the problem, with targets that meet the coroner’s recommendation to adopt World Health Organisation guidelines.

“Without bold action, tens of thousands of people will continue to die.”