The principal and founder of an Islamic college synonymous with one of Melbourne’s largest COVID-19 outbreaks says references to an "Al-Taqwa cluster" are misleading, unfairly damage the school's reputation and fuel prejudice.

Al-Taqwa College, a large faith-based school in Truganina, a western suburb of Melbourne at the centre of Victoria's second wave of the pandemic, has been linked to 185 cases of coronavirus and closed to classroom teaching for nearly seven weeks. 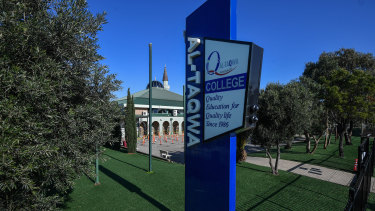 Principal Omar Hallak said that despite Victorian Premier Daniel Andrews, government health officials and journalists repeatedly referring to an Al-Taqwa outbreak, relatively few cases appear to have been transmitted inside the school grounds.

"There is a lot of worry and fear in the Victorian community at the moment and we understand this," Mr Hallak told The Age. "Sadly, some people with extreme views have sent ugly messages to the college and posted on social media. Our families see these things and it gives them pain. 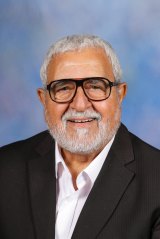 "When there are government statements and media reporting of a cluster at Al-Taqwa College, it gives the false impression that all the cases in the cluster were contracted on-site. That is simply untrue and needlessly feeds prejudices where they exist.

"Many people linked to this cluster are not Al-Taqwa College staff and students and will have never been near the college. We sincerely hope the media, the Premier and the government, in giving COVID-19 updates affecting Al-Taqwa College, can take this into consideration in the language they use."

Al-Taqwa has been criticised for not doing enough to prevent the spread of the virus.

Dr Hanna El-Khoury, a Newport GP who treated several Al-Taqwa families infected with COVID-19, said some cases were traced to a senior school teacher, who went to class despite having cold and flu symptoms.

"What sort of message does this management give for the kids?" Dr El-Khoury said.

Mr Hallak said the first confirmed case at the school was a grade 6 teacher who, on the Tuesday of the final week of term two, went home from class at lunchtime because she started feeling unwell. 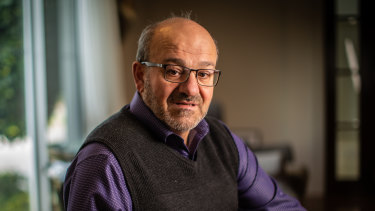 She was swabbed for COVID-19, did not return to school for the rest of the week and only learnt on Saturday, after class had broken for the holidays, that she had the virus.

The Age previously reported that before the final week of term, the teacher attended a large family gathering where at least one person was COVID positive.

Chief Health Officer Brett Sutton believes the virus, which is often asymptomatic in young adults, may have been spread through the Al-Taqwa community by senior students.

Mr Hallak said the school advised parents and staff of the COVID case onJune 27, the day the teacher’s positive test was confirmed.

He said it was probable that "many, if not most infections" were contracted in the school holidays and later, when the school had little control over the movement of students and staff.

Mr Hallak rejected suggestions that at the start of Melbourne’s second wave outbreak in June, the school was not taking the virus seriously.

He said the school introduced mandatory temperature testing at the start of term two, when most students were studying from home, and their COVID-19 protocols were consistent with Victorian government advice.

"Nobody in the Victorian government has criticised or faulted our COVID-19 precautions and protocols," he said.

Sources familiar with the matter told The Age that, although the school was now COVID-compliant, a preliminary inspection found health and hygiene standards were inadequate at the time of the outbreak.

The Islamic Council of Victoria, in a letter to Al-Taqwa to mark the Islamic festival Eid al-Adha, said the school had been "blamed unfairly for issues beyond your control".

As of last week, 29 Al-Taqwa staff and 109 students had tested positive to the virus. Victoria’s Department of Health and Human Services, because of confidentiality provisions, cannot disclose to the school which students and staff are infected.

Other cases linked to the outbreak include family members and friends of staff and students.

Mr Hallak said that although the local outbreak spread through the school community, the school was not the original source of infection.

"That’s why the generic 'Al-Taqwa cluster' label so concerns us," he said.

The school has students who live in the North Melbourne and Flemington housing commission towers, which have been linked to more than 300 cases.

It is located in the City of Wyndham, which, as of Wednesday, had the most active COVID-19 cases of any local government area in Australia, with significant outbreaks at aged care centres, meatworks and a Linfox warehouse.

The school last week announced it would delay the return of class until October 5, the start of term four, at the earliest. By that time, it will be three months since any Al-Taqwa student stepped foot on the college grounds.