CUTHBERT the Caterpillar has joined Kevin the Carrot and Marcus Radishford as part of Aldi's plush toy selection.

Aldi has struck gold with its wildly popular cuddly toys, which appeared on eBay for many times their retail price when they first launched two Christmases ago. 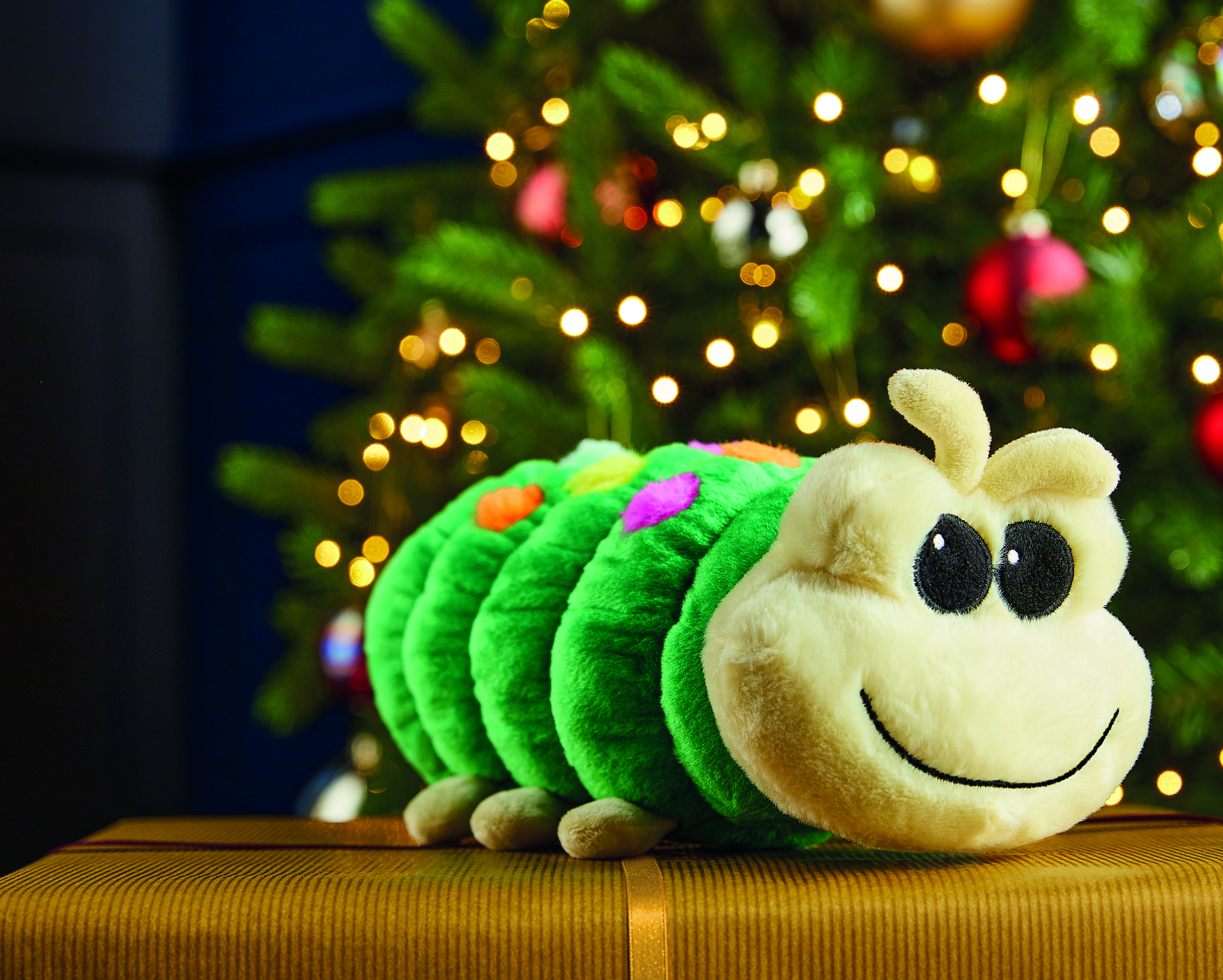 Cuthbert is the latest to join the craze, following Aldi's teases at Marcus Radishford and Kevin the Carrot over the past few weeks.

Some parents suggested the design of plush Eebanana Scrooge, star of the supermarket's acclaimed TV ad, was too scary.

That definitely can't be said of Cuthbert, which will be retailing alongside its advert co-stars for £3.99 from November 25.

Cuthbert will not be available online, so Aldi shoppers will have to take advantage of in-store availability – while stocks last.

You can find your nearest Aldi here.

The cake mascot isn't part of Kevin's gang but did make a hilarious appearance in the festive ad.

Cuthbert was handcuffed and dragged away by cops, an apparent reference to the Marks and Spencer lawsuit for copyright infringement earlier this year.

The posh grocer took Aldi to the High Court over Cuthbert's similarities to M&S's Colin the Caterpillar.

Aldi later changed the design of Cuthbert, with a viral tweet announcing the return captioned to Eminem lyrics.

They queued for hours in a Glastonbury-style ticketing system, but many still failed to get their hands on the hotly anticipated toys.

And the supermarket is also selling Christmas hoodies and PJs from just £1.50.

Do you have a story for The Sun Money team?

Email us at [email protected]