Home » Lifestyle » ALEX BRUMMER: They swoop in, prey on firms… then cut and run

ALEX BRUMMER: They swoop in, prey on firms… then cut and run

ALEX BRUMMER: They swoop in, prey on firms… then cut and run

When lockdown loomed last year, one of my sons, who works for a City firm, popped into a branch of the men’s clothier TM Lewin at Canary Wharf in London.

He bought a new suit, sports jacket and some of the famous shirts it makes which are popular among workers in the financial community.

He simply could not do that today. For the business which opened its first shop in the capital in 1898 no longer has any stores at all.

It is the victim of a private equity firm that swooped in May last year and bought TM Lewin as it was struggling during the pandemic. Within just two months the new owner announced it was closing all the firm’s 66 stores.

It made 600 employees redundant and placed the chain in administration – and then immediately bought back its online business, the jewel from which it planned to profit.

The disappearance of one menswear brand may appear of little consequence. But as the Mail reveals today, it is part of a pattern that has ravaged our town centres, leaving empty stores and desolation in high streets and shopping centres across the land. 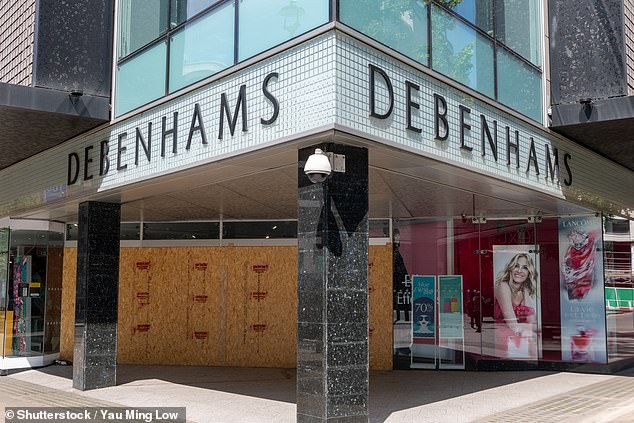 The closure of Debenhams’ department stores has left vast and depressing scars in town centres all over Britain, including in London’s Oxford Street (pictured)

A staggering 37,609 jobs have been lost on the high street at firms linked to private equity since the start of the pandemic – the equivalent of one in three of all jobs in shops, pubs, and restaurants at major firms.

The modus operandi of many of these ‘vulture capitalists’ is all too familiar to those of us who have studied their baleful influence over the years.

They prey on firms in difficulty, those which have overborrowed, then scavenge them for meat – before they mostly cut and run.

Far from looking for long-term stability in their acquisitions, their goal is short-term gain. When the going gets tough – and the debt burden of the firm they’ve bought becomes too much – they head for the exit.

In doing so, they are ruthlessly clinical, only too happy to cut potential losses by making workforces redundant, and to reduce exposure to creditors by declaring the company insolvent.

Private equity vultures and their super-secretive investors have been picking away at the carcass of British business in the pandemic with impunity.

And they have been doing so without observers noticing, using a ‘black box’ approach where no one can see the damage being wrought behind closed doors. 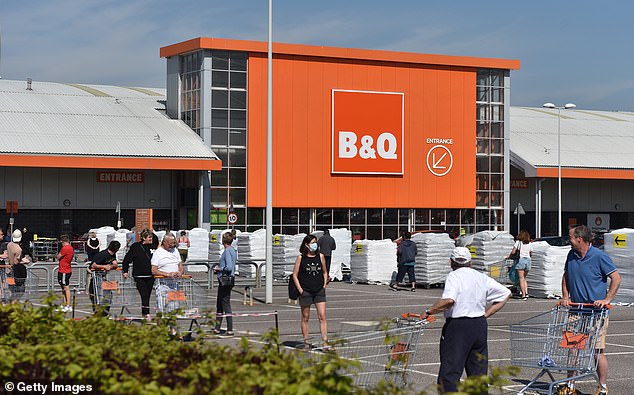 At B&Q, they worked from the start of the first lockdown on setting up ‘click and collect’ and delivery centres in the heart of their ‘big box’ stores, aiming to provide same-day, if not same-hour, services for customers. Pictured, April 2020 at the Southend on Sea branch

Of course, private equity is not confined to the high street; the Mail has disclosed this week that firms worth £36billion in all walks of business life have been plundered by these largely anonymous fat cats during the pandemic.

But it is perhaps in our traditional shopping areas that the damage is most evident to those whose eyes glaze over at the mere mention of City takeovers and finance deals.

Go down any street of shops today and you will see a number of boarded-up outlets.

The move to online shopping and the devastating effects of lockdown are certainly responsible for much of this.

But private equity sharks – with their eyes on short-term profits – have massively accelerated the trend.

The result is that shoppers are deprived of their favourite stores and of choice. And with each shop, pub and food outlet closure, competition is erased which in turn leads to higher prices.

The way private equity bosses suddenly plunge high street names into administration also means customers can find the shopping vouchers they have been given as a present are suddenly worthless, along with the tokens and discounts they’ve been offered as regular customers.

The blight on and damage to British retailing is immeasurable. Debenhams, which shut its remaining stores last weekend after nearly 250 years of trading, is perhaps the most famous of the casualties.

It was taken over by a private equity company which made huge profits from it, then left it with a debt of £1billion – ten times what the figure was before the takeover.

The closure of Debenhams’ department stores has left vast and depressing scars in town centres all over Britain, including in London’s Oxford Street.

But Debenhams is only the tip of an iceberg. The determination of private equity to continue to plunder the UK economy for gain – much of which accrues to offshore investors out of reach of HM Customs & Excise – has seen no let-up at all during the pandemic.

This rapacious approach could not be in greater contrast to that of the publicly quoted firms such as Marks & Spencer, Next and B&Q-owner Kingfisher, all of which were pummelled by the closure of non-essential stores during the successive coronavirus lockdowns. 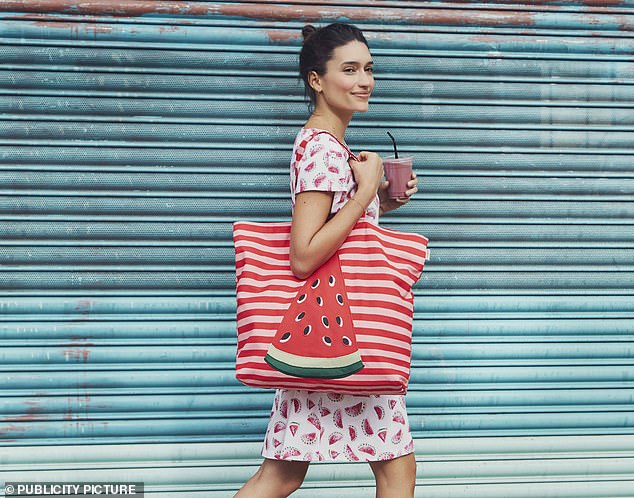 Not just TM Lewin and Debenhams, but those exemplars of British design and quality such as Cath Kidston and Jaeger (which was fortunately rescued by M&S). Pictured, publicity image for Cath Kidston

Instead of ruthlessly cutting their losses and permanently shutting down great businesses, they took costly action to protect their employees by making sure that when shops and outlets were allowed to reopen, safety protocols were in place for workers, suppliers and customers.

They rapidly re-orientated their business models, investing in new IT and logistics which is proving one of the keys to survival in the post-Covid world.

At B&Q, they worked from the start of the first lockdown on setting up ‘click and collect’ and delivery centres in the heart of their ‘big box’ stores, aiming to provide same-day, if not same-hour, services for customers.

Alongside other retailers, the do-it-yourself giant demonstrated the can-do, dogged, Churchillian spirit needed for British commerce to emerge from the crisis in good shape.

Of course public companies have had to make hard decisions too. They have trimmed the number of stores and let go of some workers.

But everything they have done has been with long-term survival in mind and carried out with total transparency.

As City Editor, I have had countless conversations with the titans of many of our great public companies, and universally they have stressed the importance of protecting staff and supply chains and bolstering finances for the future. Sales and profits have invariably come second.

None of that sense of public responsibility, continuity and purpose is to be found in many of these private equity firms, however.

What makes it worse is that the victims of their greed on the high street are not confined to those workers who have been cast aside during the pandemic.

Each time a chain of stores or restaurants changes hands the collateral damage is immense.

A whole network of small firms which depend on their business – from dry cleaners to local cafes and sandwich makers – is hurt. 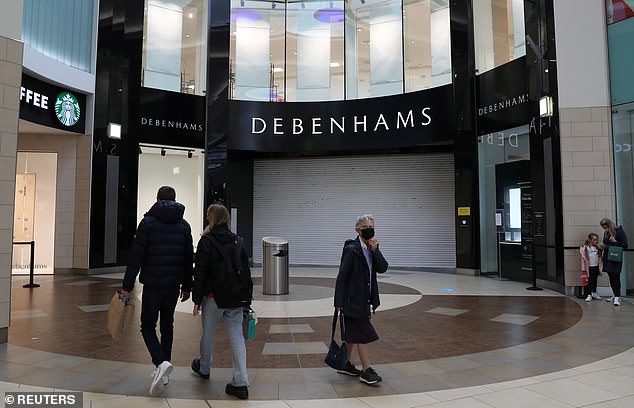 Debenhams, which shut its remaining stores last weekend after nearly 250 years of trading, is perhaps the most famous of the casualties (file image)

And while landlords are never anyone’s best friend, this has been calamitous for the big property companies, wiping billions off underlying values, which in turn hits pension and investment funds we all pay into. In other words, this hurts us all.

It has been utterly tragic to see famous British brands and names wiped out in the private equity rush.

Not just TM Lewin and Debenhams, but those exemplars of British design and quality such as Cath Kidston and Jaeger (which was fortunately rescued by M&S).

Pizza Express is closing scores of restaurants too, but not before its private equity owner savagely shrunk the pizza sizes.

I firmly believe the UK will bounce back from the pandemic and that new businesses will be built out of the embers of the old to eventually take their place.

But the damage being wrought by private equity has to stop. For the sake of British business it is imperative the Government acts to curb the greed and excess of these shadowy companies – and clips the vulture capitalists’ wings.